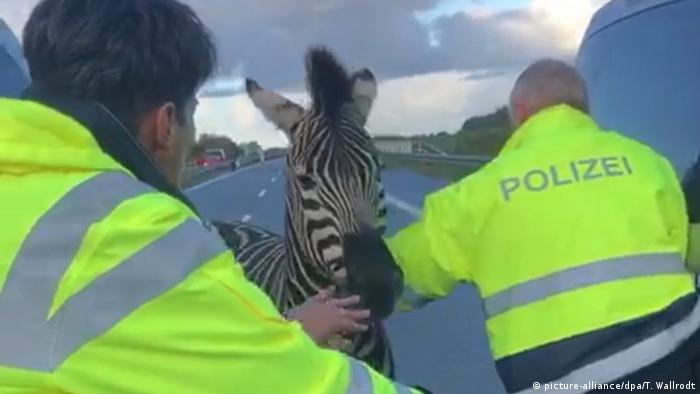 An escaped circus zebra was shot dead after disrupting traffic and causing an accident on the A20 motorway on Wednesday morning.

The zebra was one of two which fled from a circus in the northern German state of Mecklenburg-Western Pomerania during Tuesday night.

"The animal was going in the wrong direction on the autobahn from Tessin to Rostock," a police spokesperson said. 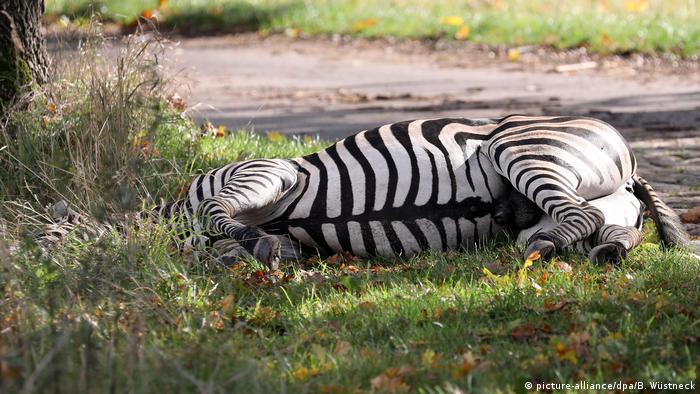 The Rostock police tweeted while the zebra was still at large on the highway: "Warning: escaped zebra in the Tessin/Sanitz area is disrupting traffic."

One car braked to avoid the animal, causing another to crash into it.

No one was injured but cars were backed up while police cleared the site and attempted to coax the zebra to safety. 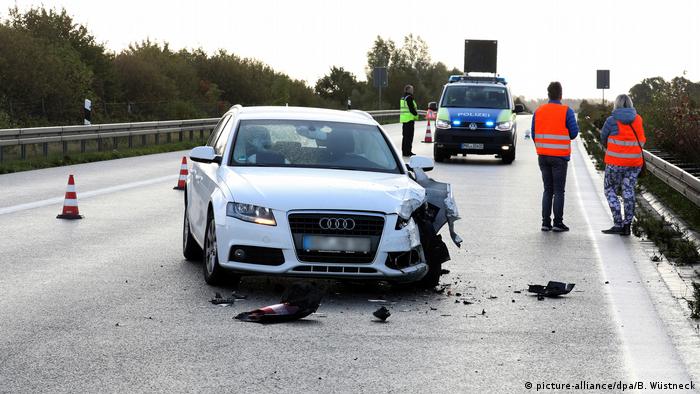 The zebra caused this car to crash and was subsequently killed; no people were seriously hurt, though.

The police closed the highway in both directions for half an hour before the zebra left the road. The zebra ran away from the highway soon after and joined its fellow escapee in a large wooded area nearby.

Subsequently, one of the zebras was safely caught and brought back to the circus but the other was shot several hours later by the police. The details of the shooting are not known.

It is not known how the two creatures escaped from the circus. The highway is now operating normally again.

A circus and its performing holograms

Two camels escaped from their circus enclosure in Bremen to head for a nearby fast food restaurant. The pair gave the well-known brand's menu a miss, and instead plumped for a healthy vegetarian alternative. (02.04.2018)

Bullfighting, dog racing and circuses - all entertainment for people, all harmful to animals. So why are we so reluctant to let go of these pastimes? (15.03.2016)