Zannier: 'New weapons seem to appear all the time'

The OSCE's Secretary General Lamberto Zannier told DW he's worried about arms in eastern Ukraine. He also emphasized his organization's role in any attempt to implement a ceasefire in the troubled region. 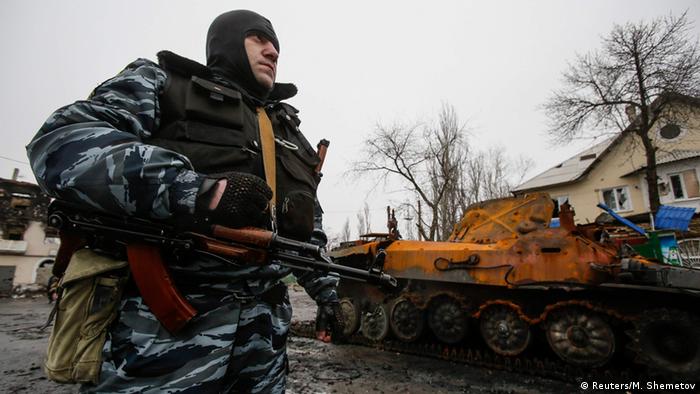 DW: You have more than 400 OSCE observers on the ground. Do you know who the Ukrainian army is fighting against?

Lamberto Zannier: We have people in Donetsk, we have people in Luhansk. We have lots of contacts - we even had some of our observers be caught and detained for protracted periods by some of these separatist groups. We have, unfortunately, become very familiar with this very diverse group of fighters in eastern Ukraine. Many of them tell us they come from Russia and they have their own interpretation of this fight. This makes this conflict increasingly complex.

What concerns us is that we see hostility result in armaments being destroyed, but new weapons seem to appear all the time. This never ends, unfortunately. We also see the heavy price that the civilian population is paying for this conflict. We have seen many cases of artillery systems placed in residential areas. This, of course, calls for fire from the other side that can cause a lot of collateral damage. My first point would be to ask everyone to move artillery systems and heavy military equipment out of inhabited areas.

What is the situation on the Ukrainian-Russian border? How big are the holes in the border and what is going on there? 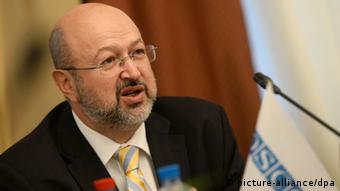 We have two teams of border monitors present 24 hours a day, seven days a week at two border-crossing points between Russia and Ukraine. However these are only two out of eight crossing points not controlled by the Ukrainian government. And the border is easily crossable, with no natural obstacles. Therefore monitoring the border would require a very intense operation with lots of people and technical means.

We have two drones, one of which recently had an accident. So our ability to monitor the border is really hampered. There have also been attempts to shoot down our drones. We have even recorded some of the separatists trying to shoot them down and we've experienced heavy jamming of the drones' control system.

The OSCE will turn 40 this year and there's been a lot of praise for your organization here at the Munich conference. On the other hand, the OSCE could not prevent the Russian annexation of Crimea and it couldn't prevent the war in eastern Ukraine. So why do we need the OSCE?

In the intractable eastern Ukraine conflict, the OSCE was the only organization that managed to put observers on the ground. We have this pretty large operation now which includes all countries of the OSCE - also Russia. I have Russian observers there who work alongside the Americans and others and they do a good job from my perspective. They facilitate our engagement with local separatist authorities and that, I think, is in the interest of every ally to continue.

There are certain things we can do. But there are other things I don't think any organization could do preventing a conflict like this.

Lamberto Zannier is Secretary General of the Organization for Security and Co-operation in Europe (OSCE). Before he took that post in July 2011, the Italian diplomat served as the United Nations Special Representative for Kosovo.

It's not just cyber threats from terrorists we should be worried about, says US cyber coordinator Christopher Painter. Germany and the US also have to cooperate on protecting a global, open Internet. (08.02.2015)

The leaders of Germany, Russia, France and Ukraine are set to meet in Minsk later this week to continue to seek a resolution to the conflict in eastern Ukraine. This followed a telephone call linking the four leaders. (08.02.2015)

The third and final day of the Munich Security Conference has kicked off with a number of international issues on the agenda. The ongoing crisis in Ukraine has dominated discussions. (08.02.2015)