The beauty of nature often inspires art. In Zambia, one painter tells DW how the degradation of forests in the southern African country compels him to pick up his brush to preserve a visual record. 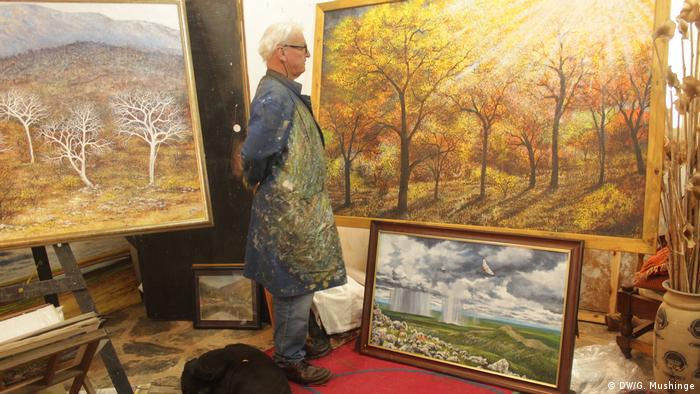 Quentin Allen is on the veranda of his studio in the capital Lusaka, looking out onto the Lusaka East Forest Reserve, Number 27 (FR.27), meters away.

An uphill footpath leading into the forest is lined with acacia, ficus and rubber trees and a mix of red, purple and yellow flowers and wild grass.

"I love walking up that path every morning as I go to the forest to take pictures and sometimes sit there to paint. It's beautiful when the sun is just coming up," Allen says.

The 61-year-old has produced a large body of work over decades. Nature is the main theme in his large and small realist acrylic and water colour paintings, his books and diaries. There are scenes of wild forests, magnificent waterfalls and sprawling green landscapes over stormy skies.

In recent years the images have changed. Whereas works depict dense forests but these days, he says, less brush strokes are needed. Lush trees have made way for long grass on his canvases.

Allen puts this down to the extent to which Zambia's forests are diminishing. "Trees are chopped down and the tall grass takes over - totally changing the view," he says. 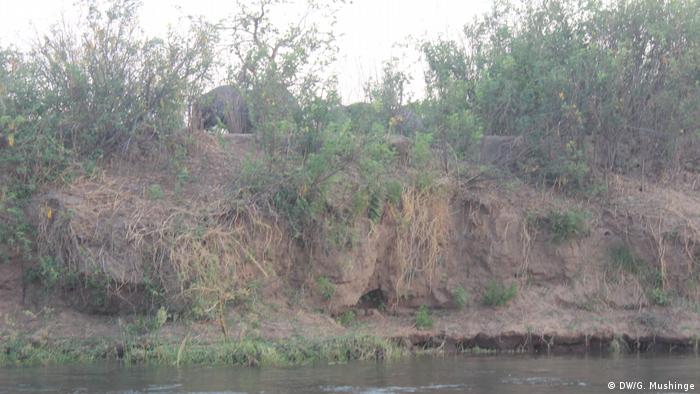 Experts warn that the depletion of Zambia's forests threatens its biodiversity and wildlife.

Deforestation and the degradation of the environment around Lusaka and other parts of Zambia is being driven by a demand for charcoal, construction and climate change that has brought drought and floods.

The United Nations Development Programme (UNDP) has urged the country to respond to these challenges, which ultimately affects not only nature but the economy too. The landlocked country ranks near the bottom end of the Human Development Index. Around 60 percent its 17 million people live below the poverty line.

The combination of degradation of ecosystems and the depletion of forests is already having an adverse effect on food production, says Victor Kazemba Kawanga, a natural resources interpretation and development expert. Subsistence farmers with cattle and goats rely on for grazing.

"We are faced with a serious environmental threat," he warns. 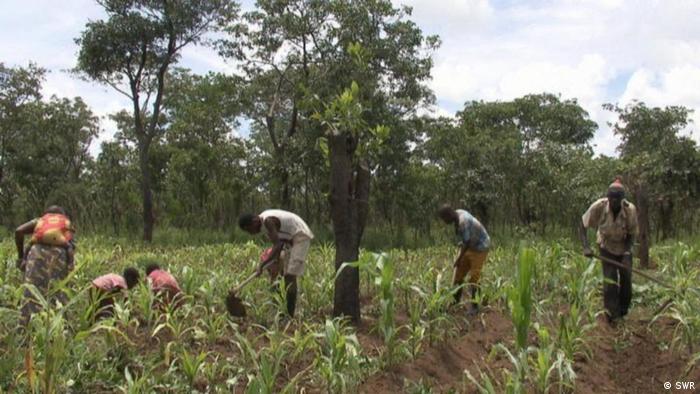 It is not only residents of Zambia exerting extensive pressure on forests by cutting down trees indiscriminately. Government officials regularly free up land for developers and private owners.

Less than a year ago, the government announced a major construction project on 580 hectares of land on the edge of the FR.27, an important catchment area along the Chalimbana river.

It is home to some of the freshest water in the region, which is piped to households. It is also incredibly biodiverse and serves as a recreation space.

Locals are taking the government to court over its plan to sell off parts of the reserve to investors who plan to build a university, hotels, shopping malls, an amusement park and other facilities.

Their lawyers have argued before the HIgh Court that the government failed to follow the legal procedure in planning the development, including the required environmental impact assessment.

Alllen is not the only one on the local art scene who believes that by focusing their work sharply on the state of the country's forests can help preserve Zambia's forests.

A group of artists have teamed up with activists to campaign against the development around F.27. Some artists have been exhibiting and selling their work at markets and donating some of the proceeds to cover the legal costs in the case.

They also regularly host outings in nature and plan a tree-walking festival in N27.

"The idea behind the festival in September is to show the asset of this area to the city citizens and raise funds to preserve it," says Allen.

More awareness is needed about the importance of trees, especially those that are indigenous, he says. Kawanga shares his rationale.

"We are in an era where indiscriminate deforestation is the order of the day, without fearing the prospect of extinction. In an event that some species become extinct, the only memory that can remain about any particular species is an art piece," Kawanga says.

"This fits into ecological history and may explain about species an environment may have once harbored."

Tonica Siltanen likes to walk in the forest near her home in Lusaka, or have a barbecue with friends.

"Education starting from school children and getting the chiefs and village people involved is important," says Siltanen. Politicians should also feel more pressure, she suggests.

Zambia has long relied on rainfall to generate electricity. But with climate change rapidly depleting water sources, people are turning to charcoal for their power needs, prompting calls to ban the black fuel. (22.04.2017)

Africa's tropical forests, which include the Congo Basin, are under constant threat. Deutsche Welle speaks to Proforest's Abraham Baffoe on what stands to be lost and what needs to be done to tackle deforestation. (30.05.2018)

Using slingshots to bring Kenyan forests back to life