Russia's war on Ukraine has destroyed or disrupted countless lives, including those of many young athletes. Some are trying to get on with life as normal — to the extent this is possible — as refugees in Germany. 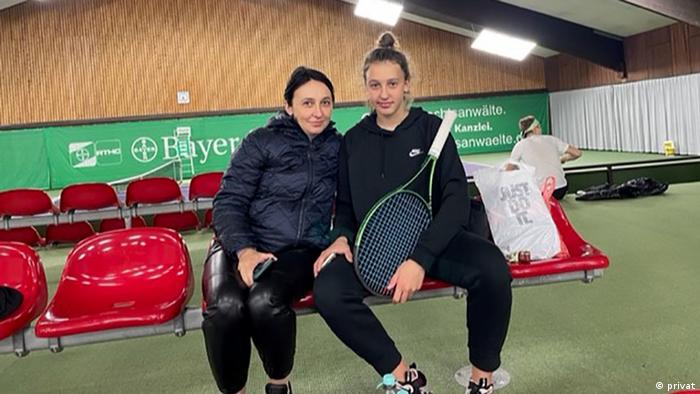 On February 24, the day Russia launched its invasion of Ukraine, the Burchok family took a decision that would change the course of their lives for the foreseeable future. A shell hit a neighboring house — with the impact throwing their son three meters into the air. Miraculously, the son walked away unscathed, but the family knew in an instant that it was time to flee the Kyiv suburb where they lived.

The family grabbed the bare necessities: money, passports, some clothes — along with daughter Anna's tennis racket. They had to open the garage with an axe because the door had been bent by the explosion. They then drove their car to a friend's place in western Ukraine.

"We were really scared. We had no other choice," the mother, Olja Burchok, told DW. The father, a doctor, stayed behind in the capital to help.

"That has always been my big wish. Tennis is my life," Anna Burchok said.

Until being displaced by Russia's invasion, the 12-year-old had been training six days a week, for at least four hours a day. She was one of the 10 best players in her age group in Ukraine.

After a month without training in the relatively safe west of Ukraine, the Burchoks then traveled on to Leverkusen in western Germany, where Anna is back playing tennis again at the RTHC Bayer Leverkusen sports club.

Both Olja and Anna say they are extremely thankful for having reached the safety of Germany and the fact that they have been so warmly welcomed by the club.

U17 footballers in the Rhineland

Also having reached safety are an under-17 soccer team from Kyiv, who have found refuge at the Sports School in the western German town of Hennef. This is largely thanks to Stefan Rönz, a member of the coaching staff at the regional soccer association. The 50-year-old has had close ties to Dynamo Kyiv for some time and felt the need to do what he could to help after Russia launched its invasion. 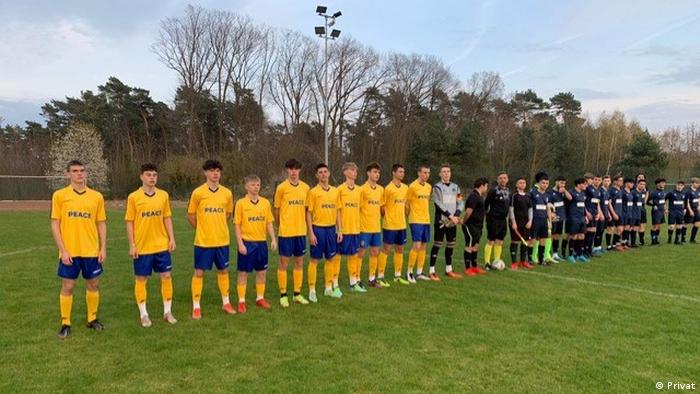 Helping organize the flight of the 28 young football players at the other end was Vladimir Zharikov, the director of professional soccer club Dynamo Kyiv's youth academy.

"Vladimir has a lot of contacts in Kyiv and throughout the country, and he is tireless in helping to get people out of Ukraine," Rönz said.

"We're making sure that the boys are well looked after here and have an opportunity to play football. "They're happy to be out of the country."

The boys are in daily contact with their parents in Ukraine by way of cellphones and the internet, and while they still love football, it's not the top priority it once was.

"The first thing I want to do when I get back is to help rebuild Ukraine. It's only after that that I want to pursue a career in football," said a player who identified himself as Ivan.

Back home, playing football is completely out of the question.

"Due to security concerns, the authorities in Kyiv do not allow large events," the 59-year-old Zharikov, who remains in Kyiv, told DW.

"I am mostly involved in coordinating the training sessions of the groups that have gone abroad and organizing support for them," said Zharikov, whose priority is protecting the young players during this time of war.

"Now they are safe. The players have the opportunity to pursue their passion, to train, but also to go to school," Zharikov said. 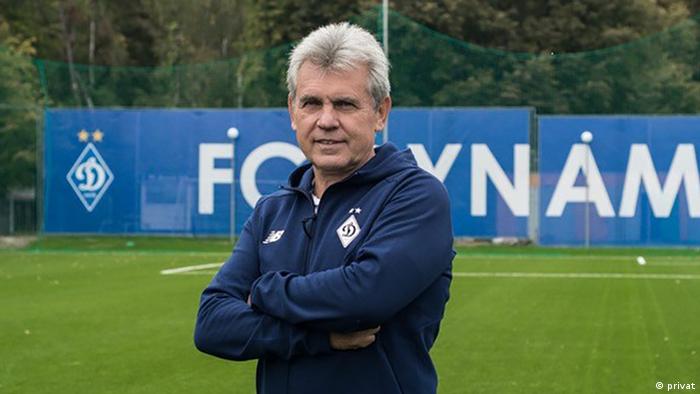 German Jens Steinigen is a former Olympic gold medalist in biathlon and the founder of the Athletes for Ukraine initiative.

"Our goal is that there will no longer be a sporting event in the world where there is no protest against this war," he told DW.

"The goal of the organization is to unite all male and female athletes around the world to send a collective signal against war and for peace and solidarity," added Steinigen, who grew up under the communist regime of the former East Germany.

"I know what targeted disinformation by the state does," he said, adding that the notion that sport and politics can be separated is the "biggest piece of nonsense we've been told for many years. It's never been that way. Sport has always been abused, and it has willingly allowed itself to be abused."

A number of prominent athletes, including other gold medalists, have joined the organization, which coordinates aid shipments to the Ukrainian border along with monetary and material donations.

"We also try to integrate refugee children into club sports and use our contacts to provide training opportunities for athletes," Steinigen said.

As for Anna Burchok and her mother Olja, they have found new security in Leverkusen and already feel very much at home in Germany. However, they still long to return to Kyiv as soon as possible — to start helping rebuild their homeland.