Young Pakistani filmmakers attempt to revive cinema | Asia | An in-depth look at news from across the continent | DW | 03.09.2012

A lot of young Pakistanis are making movies, which they say are entertaining and at the same time give out a strong message. But is the new Pakistani cinema representative of its society? 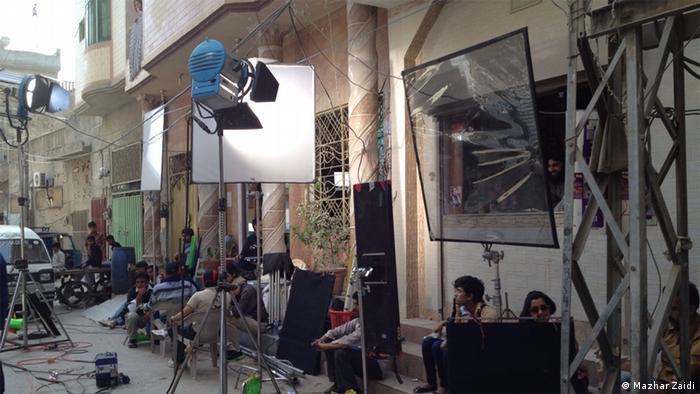 There are many young Pakistani filmmakers who want to show the "other side of Pakistan." By "other side" they mean a Pakistan which is "normal" - a "normal" society with "normal" people and a "normal" culture. Many of these young people complain that the international media only highlights the negative side of their country. Pakistan, they say, is in the news not for its extraordinary literature, its soul-stirring music and delicious cuisine, but instead for Islamic fanaticism, suicide bombings and the Taliban.

So a number of these young Pakistanis have set out to change that and show the liberal side of the Islamic republic.

Until the late 1970s Pakistan's was a vibrant film industry. Under the rule of the Islamic military dictator General Ziaul Haq, it saw a huge decline in the 1980s.

The new Pakistani filmmakers are apparently trying to revive the Pakistani cinema with a modern touch. But film critics say these new directors have a long way to go before they make a substantial impact.

In the past decade, many Pakistani directors have made meaningful mainstream and offbeat movies. In 2010, a London-based filmmaker of Pakistani origin Hammad Khan made an independent movie called "Slackistan," which could not be released in Pakistan because of censorship issues. The movie was set in the Pakistani capital Islamabad and showed a number of young privileged Pakistanis trying to deal with the paradoxes of their westernized lives and the country's bigger problems. 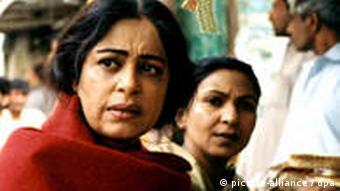 Sabiha Sumar's "Khamosh Pani" (Silent Waters) in 2003 and Shoaib Mansoor's "Khuda Kay Liye" (For God) in 2007, despite being explicitly political, are probably the pioneering movies in terms of initiating the movement of offbeat cinema in Pakistan. "Ramchand Pakistani," directed by Mehreen Jabbar and released in 2008, also got critical acclaim worldwide.

But Peerzada Salman, a cultural critic with Dawn newspaper in Karachi, said that despite the good intentions of the movie makers, he was not sure whether these films were powerful enough to bring Pakistani cinema back to life.

"Films must be made, no matter what. But it is difficult to call these new movies a 'resurgence of Pakistani cinema.' It is far from that. It is, however, a good sign that young Pakistani film directors are making films or intend to do so," said Salman.

Salman said that "Khuda Kay Liye," a film which critically discussed religious extremism and which was both commercially successful and critically-acclaimed, was not representative of Pakistan's society. "Pakistan is becoming more intolerant with every passing day. These films appeal to a certain group of (liberal) people in Pakistan."

Mazhar Zaidi, producer of the Pakistani film "Zinda Bhaag" (Escape), told DW that his movie showed the sub-culture of the youth of Lahore, and that it was a deliberate attempt on his team's part to implicitly talk about extremism by presenting an entertaining counter-narrative.

"So many aspects of Pakistani society have been completely ignored because of the extremism discourse. Pakistan is certainly not a monolith," said Zaidi. "In our movie, we show the lower middle-class youth of Lahore, their lives, their aspirations and the fun they have." 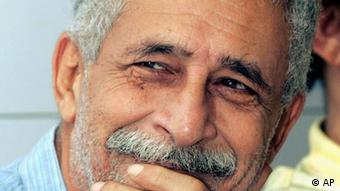 "Zinda Bhaag" is a bilingual movie (in Urdu and Punjabi), slated to be released in December. The movie is a joint venture of young Pakistanis and Indians, directed by Farjad Nabi of Pakistani and Meenu Gaur of Indian origin. The movie also features renowned Bollywood actor Naseeruddin Shah.

But Salman was of the opinion that despite the fact that new Pakistani films were technically sound, the filmmakers were not sure what they wanted to tell through their movies.

"At the end of the day, filmmaking is storytelling. If you don't have a story to tell, the medium doesn't matter," said Salman, adding that at times these new films got too boring in conveying a social message.

Zaidi, however, disagreed. He said the new movies coming out of Pakistan were also entertaining.

"Our movie talks about the issue of illegal immigration in Pakistan. It discusses the circumstances which force a lot of young Pakistanis to look for options to go abroad in search of better careers," Zaidi said. 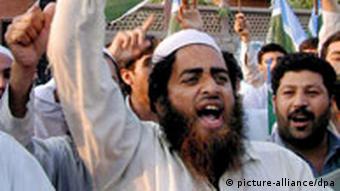 Salman also said that most of these Pakistani directors belonged to affluent classes whose understanding of Pakistani society was limited. That, in his view, was one of the reasons why their movies could not be called true representatives of Pakistani culture and society.

"Most of these youngsters have never read Urdu literature. They are well-versed in English literature though and have seen a lot of English movies. So they are not really connected to society," Salman said.

But he said he was hopeful that there were still a number of sensible young Pakistanis who knew their craft and their society very well. He said it was very important that these young people succeeded in their endeavors so that Pakistan could defeat religious extremism and intolerance.

Ammar Aziz from Pakistan loves to provoke. With his documentaries on leftist movements in his country and his work on punk in Islam, he has earned praise and brickbats alike. (20.02.2012)