Young, educated and unemployed in Russia | Europe | News and current affairs from around the continent | DW | 28.02.2013

It's not only the EU "crisis" countries that have high levels of youth unemployement. In Russia, many recent graduates are taking any job they can find. Experts are calling on Russia's politicians to change that. 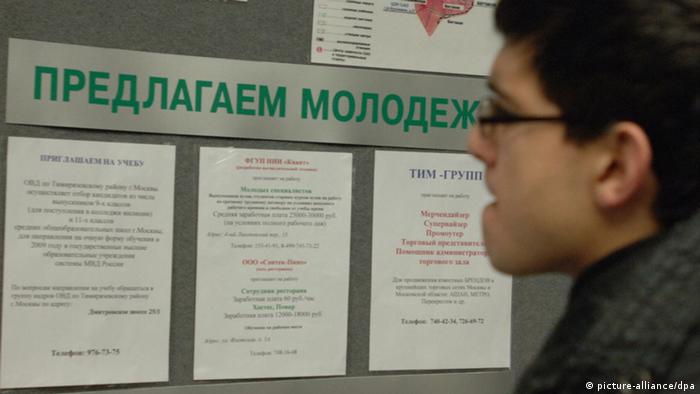 Approximately 30 percent of Russian university graduates under the age of 25 do not have a full-time job. If they do, they've had a rough time getting there.

Anywhere from 65 to 70 percent of graduates are not able to find work directly after graduation, but require, on average, five-to-six months to find a position. Nor is that position protected under Russian labor law. Twenty-five percent of those employed do not have a contract with their employer.

And often, those jobs do not provide enough to survive on. According to a study by the New Economic School in Moscow, more than 50 percent of young academics who work in the Russian public sector have second or even third jobs in order to make ends meet. 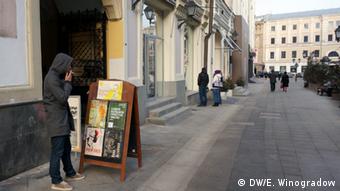 For many university graduates in Russia, a last step in the educational process is to learn the term "latent unemployment." Latent unemployment is when educational skills are under-utilized: engineers end up working as roofers, or scientists as salespeople. In Russia, highly-trained professionals are often overqualified for the jobs they have.

Such is the case with Jelena Kusnezova from Kemerovo, an industrial city of 500,000 in the heart of central Russia. In 2009 she graduated with a degree in pedagogy - enabling her to teach at the high school level - but she could only find a job at a kindergarten. After nine months she was let go, her position then filled by a person related to the kindergarten's director.

Today, Kusnezova works at an alehouse. The would-be teacher does have work, but it's work that has little to do with her area of expertise. The skills she obtained during her time at university are now fading and return to the field of public education is becoming increasingly difficult.

In the realm of freelance work there are more positive signs: young Russian professionals tend to find more work within their field of study as freelancers. As a result they can chalk up work experience and utilize skills developed during their studies.

Today, every fifth graduate in Russia works on a freelance basis, particularly in the fields of journalism, programming, design and translation. The majority of freelancers are found in the IT sector, with a full 35 percent of the IT workforce being composed of freelance workers, according to Russian statistics.

Yet freelance work offers little security to young Russians. In fact, it offers the opposite. For freelancers, many of whom have nothing more than oral agreements with companies giving them work, unemployment is always just around the corner. Freelancers receive no social benefits through their work and are also easily cheated out of pay. According to the Russian freelance web portal, "freelance.ru," up to 18 percent of all contracts awarded to freelancers are either paid in part or not at all. 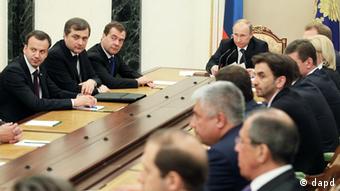 Russian experts are convinced that the Russian government must employ measures to counteract unemployment among young Russian graduates.

Anna Otschkina of the independent Russian Institute for global research and social movements names three preconditions that would make it possible for young graduates to find jobs within their fields of study: economic growth, economic stability and government support.

At the moment none of these three prerequisites have been met. "Instead of helping young people, government leaders are destroying the educational system," the political scientist told DW.

Even Tatiana Tschetvernina at Moscow's New Economic School feels that the Russian government needs to intervene to help young graduates to gain work experience in the field they studied.

When Tschetvernina was studying years ago, young Russians were able, as a part of their education, to obtain relevant work experience. That increases the chances, she believes, of finding a job upon graduation. She therefore hopes to see government-sponsored internships, which could, she feels, have a very positive impact on Russian graduates.

Lots of Russian parties may not mean democracy

Russia is inundated by a surge of new political parties. Observers doubt that the boom is a result of true liberalization in the Kremlin: more parties do not necessarily mean more democracy. (14.02.2013)