EU plans to fight youth unemployment | Europe | News and current affairs from around the continent | DW | 04.12.2012

Youth unemployment levels in Europe stand at an alarming level. The EU is calling for a employment guarantee for everybody under 25, but experts have criticized the plans as ineffective and not legally binding. 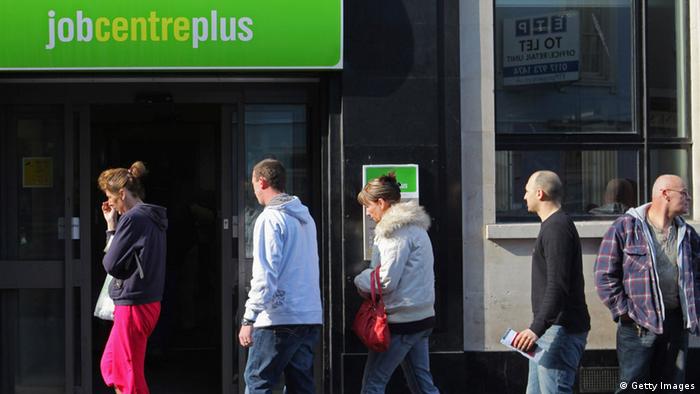 An invisible hand sprays graffiti on a wall: first it's a graph, then young people with schoolbooks under their arms, with a notebook on their knees or a university diploma in their hand.

In the next scene they the run into the wall, breaking it down. It's the introduction sequence to a colorful video with which the European Union wants to raise hope and show young people that Europe has opportunities to offer.

"We don't claim that the situation isn't difficult," it says on the website of the EU Commission. "But the EU job market really does need you."

In the dynamic film clip, the situation comes across as fresh and easy, yet the actual figures are devastating: more than 5.5 million young people in the EU are without a job and the trend indicates that things are getting even worse.

The situation is especially dire in the south. Politicians have promised help, but so far have failed to deliver. On Wednesday (05.12.2012), EU Employment and Social Affairs Commissioner Laszlo Andor wants to present a new plan on how to tackle the problem. 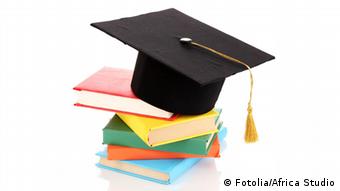 The basic ideas have already been under discussion for months. Essentially, every European under the age of 25 would get a so-called employment guarantee: a new position, a trainee program or an apprenticeship, or at least an internship, at most four months after the end of a prior job or an apprenticeship.

Economist Ekkehard Ernst of the International Labor Organization (ILO) approves of the plan. "We welcome such initiatives on a European level," he said. The problem of youth unemployment needs to be tackled quickly, he added, otherwise it would get ever more difficult to reintegrate those unemployed youth into the labor market.

EU not in charge

But Ernst thinks implementing the plan is likely to be difficult - legally, there is little the EU can do. "Education is a national responsibility. The EU can not interfere here," said Karl Brenke, an analyst with the German Institute for Economic Research, speaking with DW. But at least the EU could give recommendations to the countries, he added.

And those recommendations are drawing on examples from the past. Sweden has had a similar guarantee program in place since the 1990s, and Austria for several years. Both countries have a low level of youth unemployment; in Austria it's at just over 8 percent, while in Spain and Greece – countries without such programs – every second young person is unemployed.

Too simple a comparison?

But it's difficult to simply compare the countries in the south with those further north, added Brenke. In the south, there's no practical experience.

"Education is mostly done via the school, and when students are finished with that they find it incredibly difficult to find their feet," said Brenke. He said the dual education system in the northern countries, which combines apprenticeships in a company with vocational schools, makes things much easier. Young people get theoretical training, but at the same time are already part of a company, allowing them to get in touch with the labor market much earlier. Spain, for instance, is just only starting to change its system and introduce dual education.

ILO's Ernst also isn't too confident about the sustainability of the EU's program. "In Austria, there's an intensive cooperation with small and medium-sized companies," he said. This does not exist in the other countries "and will of course have consequences on how effective any such program will be."

In the short term internships might help some young people, but if the economic climate is not right in a country then there won't be any long-term solutions.

But EU Commissioner Andor is still counting on the cooperation of the southern European governments for his plan. As an incentive he has the European Social Fund, money from which could be used to back up the programs in the different countries.

Yet Brenke remains skeptical. "The EU, of course, wants to prove its legitimacy and use some funds to do some good with subsidies." But he thinks it would be better to advise those governments and recommend concrete measures instead.

However, according to Ernst the EU plan has a symbolic value that shouldn't be underestimated. After all, the plan has shown that the problem of youth unemployment is on the Brussels agenda.

The web video concludes by saying that by 2020 many baby boomers will retire, meaning that a lot of jobs would soon have to be filled. But to simply rely on the demographic change would be fatal, believes Brenke, for "the problems won't just solve themselves."

Millions of workers joined strikes across southern Europe on Wednesday to protest against spending cuts and tax hikes. In Spain, some fear "Greek conditions;" others are convinced the country needs radical reforms. (14.11.2012)

Portugal has been one of the star pupils among the EU states stricken by debt. Its fiscal consolidation and stable political condition are causes for its success. But, now both are under threat. (10.10.2012)

Good training is a key to entering the work force. So why do many European countries have such high youth unemployment rates, despite graduating many well-trained people? And why is Germany different? (02.05.2012)