Good training is a key to entering the work force. So why do many European countries have such high youth unemployment rates, despite graduating many well-trained people? And why is Germany different? 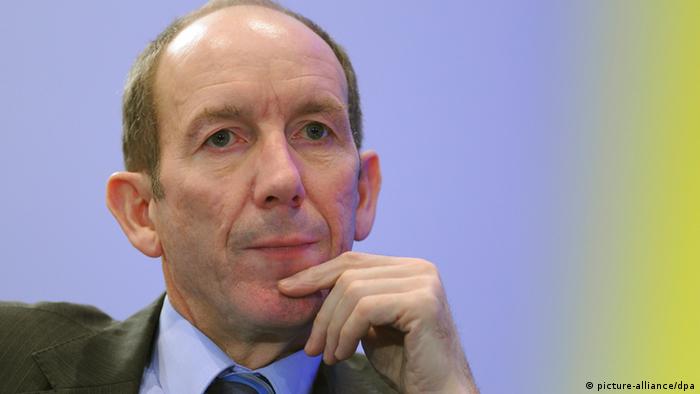 By Hilmar Schneider, Institute for the Study of Labor (IZA)

It is not especially surprising that the unemployment rate of young people in most countries is higher than general unemployment. But what stands out is how those rates compare across European countries. In countries like Spain, where youth unemployment was traditionally very high, it has skyrocketed to above 40 percent in the wake of the financial crisis.

In Germany, using the same method of calculation, the rate is around 10 percent and appears to have little to do with the economic crisis.

It also stands out that youth unemployment tends especially high in countries with the tightest restrictions in place on the job market. In places that offer workers strong protection against being fired, young people find it especially hard to gain a foothold in the work force. As long as they remain a blank slate in terms of work experience, few employers are willing to take a chance on letting in a bad employee who will be difficult to fire.

Those facts raise a clear question. Germany has a strongly regulated job market, so why is its youth unemployment so much lower than elsewhere?

The secret to success?

The answer lies in Germany's dual education system, which exists in the same form in just a few other countries like Austria and Switzerland. In Germany, more than half of each age-group graduate from dual training programs in which they simultaneously earn academic credentials along with gaining work experience, rather than attending classes alone like in many other countries.

This style of training brings future job applicants in closer contact with the job market and generates more reliability when it comes to qualification standards. It also offers a long period in which employers can get to know young employees, offering managers a relatively reliable insight into trainees' skills and potential for development. That limits employers' risks when taking on young workers.

But this model of success would likely be difficult to export. Since training programs are expensive for companies, those headquartered in countries with weak job market regulation will have little reason to introduce such programs on a large scale. But in countries that have tight labor laws, the initial costs of setting up such a system act as a major obstacle to creating a country-wide network of training options.

Criticism from the OECD

Regardless, the OECD never seems to tire of criticize Germany for investing too little in education. The country, it says, keeps falling behind when it comes to graduating more highly-trained young people. These figures rely primarily on measuring the number of people with college and graduate degrees as well as the percentage of public spending on education measured against GDP.

The OECD appears to overlook the evident danger in systems that emphasize theoretical or university-oriented training. They may educate their students with little concern for the demands of the marketplace. Examining educational spending as a percentage of GDP also creates a misleading picture. A significant proportion of Germany's education costs fall on the companies that operate training programs in contrast with countries in which the educational system assumes most of the responsibility for preparing young people to get jobs.

The value of educational programs lies not in their input but in their output. And Germany, with its dual training system, has little reason to be shy.

They were the hope of a community: 22 young people from Poland were set to begin a training program to combat a lack of domestic trainees. Most quit or were asked to leave, and not just on account of language. (01.05.2012)

On the occasion of Germany's Labor Day, May 1st, the Confederation of German Trade Unions (DGB) is calling for a halt to temp jobs and 'dumping wages.' Has contract labor failed as an employment mechanism? (30.04.2012)

Women and immigrants have better chances if they hand in anonymous application forms, says a study by Germany's anti-discrimination body. Eight companies took part in the pilot project. (19.04.2012)