The president of the Comoro Islands, Azali Assoumani, has won a mandate to simplify the political system in the Indian Ocean archipelago — and expand his own powers. 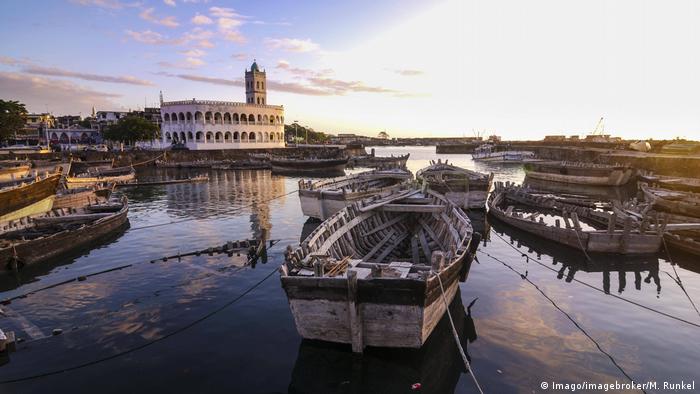 The yes vote in a referendum on changing the constitution was 92.74 percent, with a voter turnout of 63,9 percent,  the head of the Election Commission said.

According to observers, however, many polling stations were empty on Monday.

The opposition had called on the inhabitants of the islands off East Africa to boycott the poll. It accused President Azali of wanting to cement his power. The current constitution makes provision for a rotation of the presidency every five years between inhabitants of the three main islands of Grand Comore, Anjouan and Moheli.

Azali, who is from Grand Comore, wants to change that: in future, the head of state - regardless of his origin - will have the right to two five-year terms. Instead of leaving office in 2021, Azali could now stay in office for 10 more years.

The president had convened a national conference which recommended the constitutional reform. The referendum would ensure better development in the Comoros, he said in his campaign.

Azali argued that the existing political system hinders long-term planning. The opposition, however, sees the plebiscite as a bid by the president to expand his powers since the amendment to the constitution would make it possible to scrap the posts of vice presidents and governors on the three main islands.

In the view of the opposition, the referendum was unlawful. But there was no resistance from the judiciary to be expected. In April, Azali suspended the constitutional court, saying it was incompetent. A month later, the president banned demonstrations, prompting critics to accuse him of an increasingly authoritarian leadership style.

The Comoros archipelago is home to some 800,000 people

The anthropologist and Comoros expert Iain Walker of the Martin Luther University Halle-Wittenberg in Germany sees the referendum as ambivalent. The political system in the Comoros is certainly complicated, and considering the low population of some 800,000, bloated. Azali could perhaps indeed be seeking to combine sensible reform with measures to hold on to power.

However, the constitutional amendments will not only do away with federalism on the Comoros. The clause on the separation of religion and state would also disappear and be replaced with new wording: "Islam is the state religion" and "the state draws from this religion the principles and rules linked to adherence to to Sunniism."

99 percent of Comorians are Muslim and the government has been strongly Islamic since independence from colonial ruler France in 1975. The explicit reference to Sunni Islam is new though, according to  Walker, who sees it as a possible attack on Azali's rival Ahmed Abdallah Sambi.

Sambi, a native of Anjouan, the second biggest island, was Comoros president from 2006 to 2011. On the basis of the rotational presidency, he would have had the best prospects to succeed Azali. Even though Sambi is Sunni, he is believed to have close ties to Shiite-majority Iran. By contrast, Azali is seeking closer political ties to Sunni Saudi Arabia, an enemy of Iran but a financial backer of the Comoros. Expert Walker said it was due to Saudi pressure that Iran's embassy on the Comoros was closed several years ago. In May, Sambi was placed under house arrest. 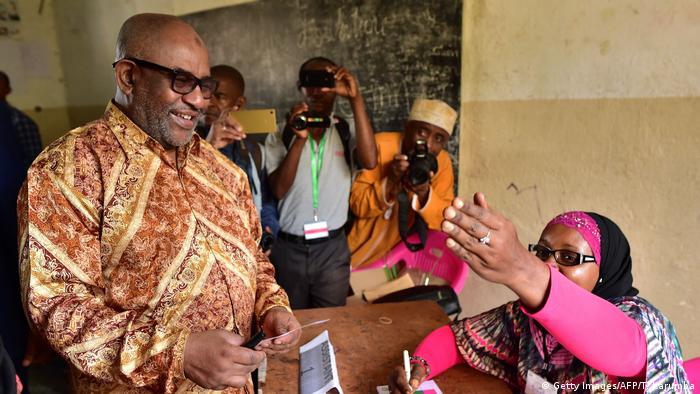 It is not only the outcome of the referendum, but also voter turnout that plays a role, said Walker. If the president were to go ahead with the constitutional amendments despite strong resistance, the stability of the government would be in danger, he told DW.

The Comoros has been the scene of 20 coups, four or them successful, since independence. Azali himself came to power for the first time in a military coup in 1999. His leadership was endorsed in elections three years later and in 2006 he handed power to Sambi, in keeping with the constitution. Two years later, Azali returned to power following a disputed election.

In the event that Anjouan considers itself to be shut out of the political process, a new secessionist movement could emerge, said Walker. In 1997, Anjouran and Moheli declared independence from the Comoros. Anjouan's bid to be a part of France was turned down. When it once again declared independence in 2007, the Comorian army - with the help of France and the African Union - intervened. Mayotte, the fourth island in the archipelago, which voted against independence from colonial rule in a referendum in the 197Os, is a French overseas department.

South African President Cyril Ramaphosa has announced plans to change the country's constitution so farmlands can be seized without compensation. White farmers still own far more land than the black majority. (01.08.2018)

Mayotte, a French protectorate since 1841, officially became a part of France on March 31 despite one or two hiccups. As a result, the Indian Ocean island is the newest territory belonging to the European Union. (31.03.2011)

Nearly seven years to the day that South Sudan was born, it wants to extend the term of President Salva Kiir and the transitional parliament by three years. Some see the plan as a ploy in a faltering peace process. (04.07.2018)