Mayotte, a French protectorate since 1841, officially became a part of France on March 31 despite one or two hiccups. As a result, the Indian Ocean island is the newest territory belonging to the European Union. 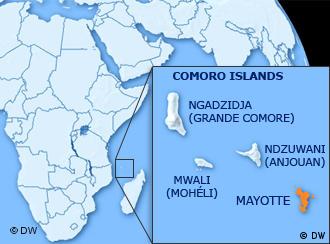 Mayotte is wedged between Madagascar and Africa

Nestled between Madagascar and Africa, Mayotte is part of the Comoro archipelago in the Indian Ocean. The sun-drenched tropical isle - 10,000 kilometers from Paris - was purchased by France in 1841 and has enjoyed administrative autonomy since 1946.

For many Mahorais, as the local residents are called, March 31 is a day to celebrate because the long-held desire to become a part of France has finally been fulfilled. 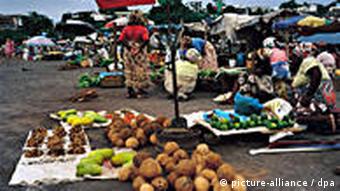 Tropical fruits are typical for a market on Mayotte

For a while, there was confusion about whether Mayotte would actually become France's 101st administrative department.

Councillors on the island had held a vote to approve the island's change in status, with French Overseas Territories Minister Marie-Luce Penchard scheduled to attend the celebrations on Thursday. When several members of the council from French President Nicolas Sarkozy's UMP party stayed away, it was ruled that the change of status could not take place until a meeting on Sunday.

Penchard, who was on her way, promptly put off her visit. However, she was soon on her way back to the island after the government in Paris ruled that enough councillors had in fact been present for the change to go ahead.

The development is a significant one for islanders, with many Mahorais seeing a better life for themselves by becoming a part of France.

"The Mahorais have struggled for more than 50 years to get this far," said Thoihir Yousouffa, the deputy director of Mayotte's General Council, the administrative body that runs the day-to-day affairs of the island.

"Just think, back in November 1958, the Mahorais held their first convention to demand their incorporation into France," Yousouffa explained. "In 1975, and again in 1979, the local population voted against independence. And on March 29, 2009, an overwhelming majority voted to become a department of France." 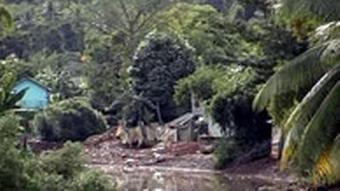 Christophe Wargny, a historian at the Paris engineering school, the Ecole Nationale des Arts et Metiers, said that it was quite easy to understand the hopes of the local inhabitants.

"When you see the dilapidated environs of the inhabitants on the other three Comoro islands and how impoverished the people are, then there is no reason whatsoever not to be French," he said. "Would you ask the residents of Guadeloupe if they want independence and the same bad standard of living as Haiti?"

He adds that the transition of Mayotte to a departement means that the standard of living will be 50 times higher than the rest of the Comoro archipelago.

"Mayotte doesn't produce anything, but will get all the social benefits offered by France," he said.

Even before its official integration, Mayotte received funding from France, but now all the laws of France apply to the island. This means low-income housing, unemployment benefits, minimum wages, and so on - considerable expenditures for France. Wargny explained why France decided to go ahead with it.

"It was more by accident than anything else. The motherland wasn't really sure what to do with the island. I think France has no coherent policy for its overseas territories. It is fate and the Mahorais have no reason to regret it." 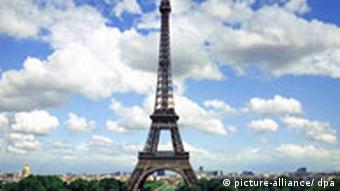 The island of Mayotte lies some 10,000 miles southeast of the Eiffel Tower

Mayotte joining France could potentially turn the island into a magnet in the region. In the Comoros, Mayotte is viewed as a blessed island. It enjoys a much higher standard of living than the other islands. Every third inhabitant of Mayotte is either a foreigner or a refugee, and new immigrants arrive every day. Every year, the island expels some 24,000 illegal immigrants, one reason why France has sent hundreds of extra police to Mayotte.

Thoihir Yousouffa, the General Council deputy director, is concerned that Mayotte could turn into another Lampedusa, the Mediterranean island overwhelmed by migrants from Africa.

"Just recently, because of its proximity to North Africa, we have seen what problems Italy is confronted with. The situation on Mayotte is similar."

The issue is not only a problem for Mayotte and France, but also for the European Union in the foreseeable future. On January 1, 2014, Mayotte officially becomes a so-called European external region, like some French, Dutch and British territories in the Caribbean. That means that Mayotte is then a part of the European Union.

However, the geographical location of Mayotte in the Indian Ocean could also be advantageous for the European Union. Yousouffa said he already has plans to make Mayotte an important European outpost in the struggle against piracy off Africa's east coast.

The 14-year-old sole survivor from the Yemenia Air plane crash has been taken to hospital in the Comoros archipelago after being found alive and in a stable condition. The plane had been carrying 153 passengers and crew. (30.06.2009)

Leaders Vow to Tackle Hunger in Much Criticized Summit

As world leaders gathered in Rome to discuss skyrocketing food costs, strikes among Europe's fishermen have tried to bring attention to high fuel prices which they say could destroy the industry. (02.06.2008)

Nicknamed after an endangered fish, the footballers from Comoros are far from dying out. The Coelacanths have qualified for the Africa Cup of Nations for the first time thanks to minimalist tactics and team spirit.