French police have clashed with protesters during the annual May Day rally in Paris, organized by unions but joined by other groups. More than 7,400 officers were deployed onto the streets of the capital. 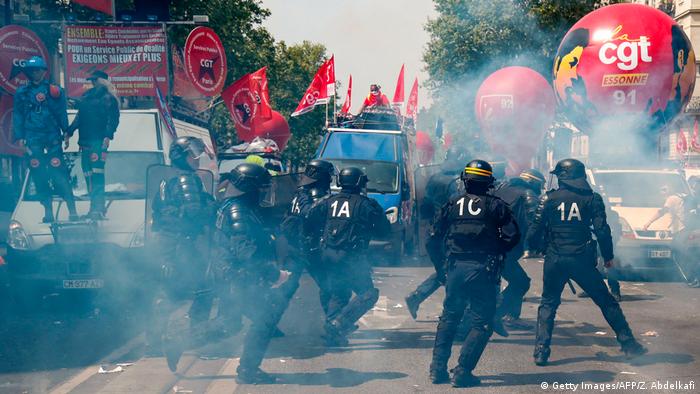 Parisian police fired tear gas and made arrests as protesters threw stones and set fires on the fringes of Wednesday's May Day rally.

Yellow vest (gilet jaune) protesters joined the ranks of the traditional march, organized by trade unions in Paris and other French cities on Wednesday.

There were clashes in the Montparnasse district where hundreds of anti-capitalist "black bloc" activists pushed to the front of the crowd. Bottles and other projectiles were reported to have been hurled at police with a parked police van set alight in the street.

The demonstration came days after the anti-government movement rejected a package of tax cuts by French President Emmanuel Macron.  The president's policies are widely seen as favoring big business while reducing quality of living for ordinary people.

At least 330 people had been arrested by the evening, according to police. 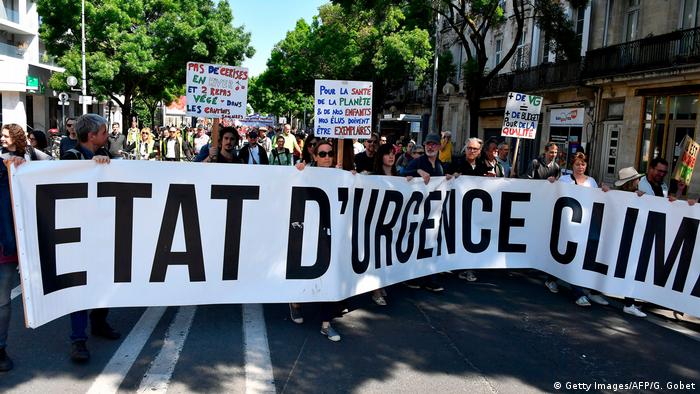 Across France, at least 164,500 people took part in the demonstrations organized by trade unions, with 28,000 of them in Paris, BFMTV reported, citing the authorities. Other estimates suggested 40,000 demonstrated in the capital.

Interior Minister Christophe Castaner had warned that up to 2,000 "radical activists" might try to hijack the Paris event and team up with "radicalized" protesters from within the yellow vest movement

One local restaurant owner told the AFP news agency that, while he feared the more militant so-called black bloc activists, there were no such concerns about the trade unions who had always marched on May Day.

Authorities were said to have been caught off guard by violence surrounding the May Day rally last year, with some 1,200 masked protesters clashing with riot police. However, civil unrest and criminal damage have also become a regular feature of the yellow vest protests over recent months.