Yazidis still displaced in their own country | Middle East | News and analysis of events in the Arab world | DW | 06.11.2021

Yazidis still displaced in their own country 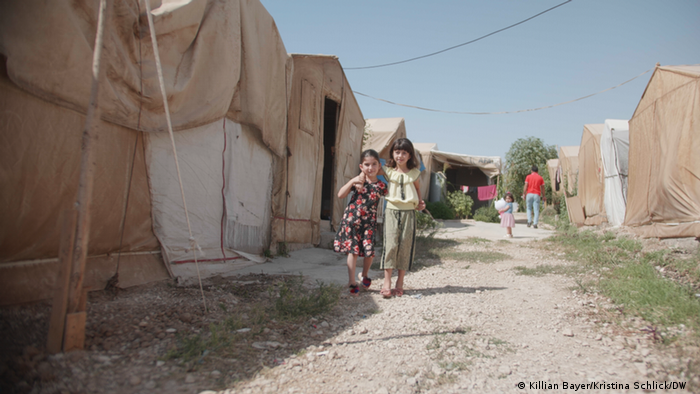 A wide gravel road extends into the distance and blurs into the horizon. To the left is a sea of corrugated metal containers and electric poles — beyond that, nothing. This is where the Mam Rashan camp ends.

The refugee camp in the Nineveh district of the autonomous Kurdistan region is like a small town. Over 1,500 Yazidi families live here. Jan Jessen, a German journalist and development aid worker, is a regular visitor to the area in northern Iraq. 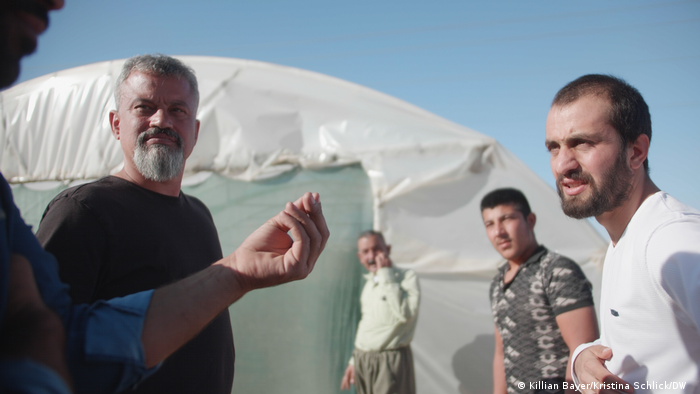 Today, he's meeting up with Mezafar Berges Matto, a friendly Yazidi man in his late 30s who seems much older. He and his family were just able to escape "Islamic State" (IS) terrorists and have been living in Mam Rashan since December 2015.

They sit in their living room, a small 10-square-meter area about the size of a car parking space with a walnut-colored PVC floor and an unpleasant blue light filtered through cigarette smoke. As a group of wide-eyed children turn up — some belonging to Berges Matto, some from nearby homes — his wife serves tea and water.

'They wanted to force us to change religion'

When Jessen asks Berges Matto to recount his story, the man clasps his hands together, breathes deeply and nods. Silence falls over the room as he recounts how his family were living in a village in Sinjar when IS militants turned up.

"They came and captured us. They wanted to force us to change religion," he explains, saying it was a miracle that he and his family were able to escape into the mountains.

They were lucky. According to the US-based NGO Yazda, some 12,000 people were kidnapped or killed in the first week of what the UN has characterized as the Yazidi genocide in August 2014.

Thousands were forced to flee, and many died as a result. IS fighters killed older people, along with those who were too weak to flee and those who refused to convert to Islam. They kidnapped and indoctrinated children. Boys were trained to become IS fighters, and women and girls were sold into sexual slavery. Thousands of Yazidis are still missing. Many mass graves have been found, but not all of them have been exhumed. 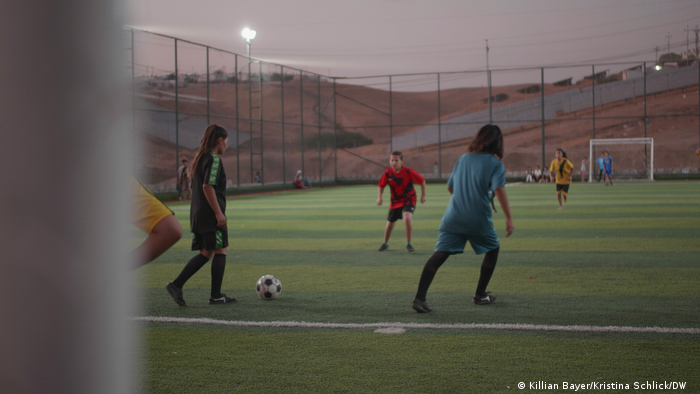 At the camp, children try to keep themselves distracted with soccer and other activities

But the "Islamic State" was driven out in 2017, so why have some 300,000 displaced Yazidis still not been able to go home? To find out, DW traveled west to Sinjar, a predominantly Yazidi region before the IS invasion.

The landscape changes drastically as the SUV arrives in the section controlled by Baghdad. Barbed wire, watchtowers and machine guns line the road, which runs through a barren landscape of empty houses, bombed-out cars and mountains of rubble and plastic waste. It feels like another country.

Checkpoints appear every 200 meters (219 yards) or so — and the car is stopped at every other one. Sometimes that means waiting for hours. Jessen gets out of the car to smoke a cigarette, calm despite the presence of soldiers armed with US-made M16 assault rifles and Russian-made Kalashnikovs. Hand grenades and other ammunition hang out of their vest pockets, which are decorated with skulls.

Eventually, the soldiers let the car pass, the decision to stop travelers seemingly made at random. 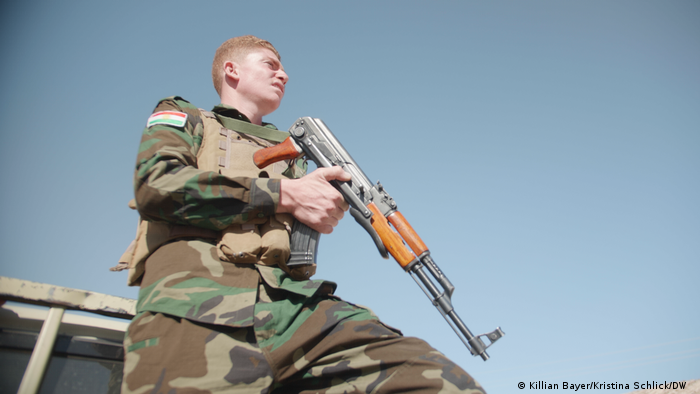 Various factions are operating in the volatile region of northern Iraq

"There are different problems in different regions," explains Thomas Schmidinger, a political scientist and cultural anthropologist who conducts research on ethnic and religious minorities in the Middle East.

The situation is particularly tense in Sinjar, which is crowded with various militias belonging to different factions: the People's Protection Units (YPG), which is affiliated with the Kurdistan Workers Party (PKK), recognized by the US and the EU as a terrorist organization; the Popular Mobilization Forces, supported in part by Iran; the peshmerga, the Kurdish branch of the Iraqi forces; and numerous other representatives of the Iraqi army. At the same time, Turkey regularly bombs the area, which is home to Kurdish insurgent groups who have demanded separation from Turkey.

The volatile security situation is the main reason not all Yazidis want to come back. And for many survivors, it's simply unthinkable to come back to a place inhabited by their tormentors. "Quite a few supporters and even active IS fighters [were] living in the Arab villages and towns near the Yazidi settlements, and some of them still live there," says Schmidinger.

But a few families have returned to the town of Sinun to the north of Sinjar — which, according to Schmidinger, is somewhat safer. Caritas-Flüchtlingshilfe Essen, the refugee NGO for which Jessen works, set up a greenhouse project here last year.

"We are trying to set up projects to make it easier for people to start anew if they come back," he explains, blinking into the afternoon sun with the Sinjar Mountains behind him. Nearby, hoses distribute water among the greenhouses, where mostly cucumbers and herbs grow under white tarpaulin.

The greenhouse project is to show the returning Yazidis that it's possible to make money growing plants. A family can earn as much as $150 (€130) with one greenhouse — and they can eat their own produce as well. 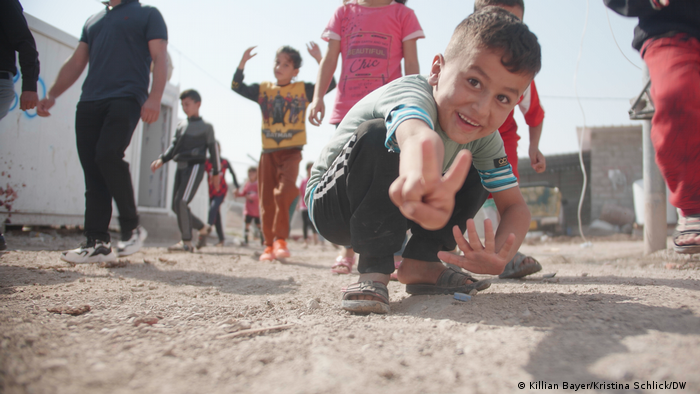 Thousands of Yazidi children are looking for a brighter future

'I just want to survive'

But what's really necessary is a political solution to the conflict, says Schmidinger. "All the local actors have to agree. Otherwise, there will not be a peaceful solution for Sinjar."

Mezafar Berges Matto and his family plan to stay in Mam Rashan until the political situation back home is clearer. They feel safe here, even if they don't have much space.

Ajad, who is 10, is dressed like children everywhere, in an FC Barcelona tracksuit and sporting a digital watch. But he has a very specific dream: "I just want to survive," he says with a shy smile.

Jiyan -The forgotten victims of IS

What is the 'Normandy Format' for resolving the crisis in Ukraine?

Spain: More than 300 migrants rescued at sea near Canary Islands

COVID: Why are more men than women getting vaccinated in India?