Ukrainian President Viktor Yanukovych has visited Moscow for his second foreign visit since being sworn in. Long considered a pro-Kremlin politician, he said he wanted to open "a new page" in relations with Moscow. 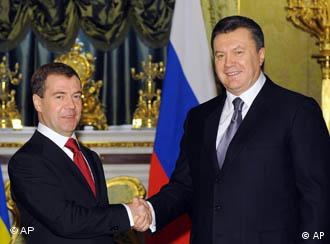 The presidents' meeting signals a warmer relationship between Russia and Ukraine.

Newly elected Ukrainian president Viktor Yanukovych pledged better relations with Russia during his visit to the Kremlin on Friday.

"This five-year period has given us the opportunity to open a new page in our relations," Yanukovych said, referring to the length of his term during a press conference following his meeting with his Russian counterpart, Dmitry Medvedev.

Yanukovych also met with Prime Minister Vladimir Putin on Friday, for discussions that had been expected to center around Russia's exports of natural gas to the country and the price Ukraine pays for it. 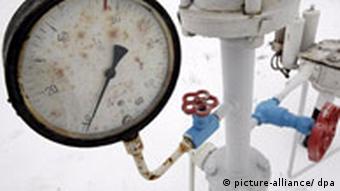 Ukraine has been burdened with high energy bills and many thought Yanukovych would ask Medvedev for a lower rate. But Russian Energy Minister Sergei Shmatkosaid that it was not discussed, Reuters news agency reports.

During their meeting, Putin told the Ukrainian leader that Ukraine should join a customs union Russia plans to form with Belarus and Kazakhstan. Yanukovych laughed, but said nothing in reply.

Change of tone welcomed by Moscow

Viktor Yushchenko, Yanukovych's predecessor, had irritated Moscow by fostering closer ties with the European Union and NATO than with Russia. He had called for Russia to withdraw its Black Sea Fleet, based at the Ukranian port of Sevastopol, as soon as the lease for the base runs out in 2017.

But Yanukovych said he was open to a solution "which will satisfy both Ukraine and Russia." And he again promised that his country would remain "a European, non-aligned state," indicating he would not push for membership in NATO.

"We are ready to help Ukraine's interests in international bodies such as the G-8, the G-20 and international financial organizations," Medvedev said.

He also said he would speak with media leaders in Russia to permit Ukrainian language television programming on state-run airwaves, something that had not allowed previously.

When Ukraine won its bid to co-host the 2012 European Championships, it saw the decision as its pass to EU integration. But since then, Kiev has done more to floodlight its incompetence than its credibility. (03.12.2009)

EU brings Russia and Ukraine together for gas talks

International lenders have met in Brussels in an attempt to come up with a rescue plan to help Ukraine to pay its upcoming gas bill, avoiding a gas cut off such as the one that left millions in the cold last winter. (29.06.2009)