Yanukovych denies resignation, claims 'coup' is in progress in Ukraine

Ukrainian President Viktor Yanukovych has described events in the capital as "a coup" as parliament voted to dismiss him. Supporters of Ukraine's ex-Prime Minister Yulia Tymoshenko await news of her release. 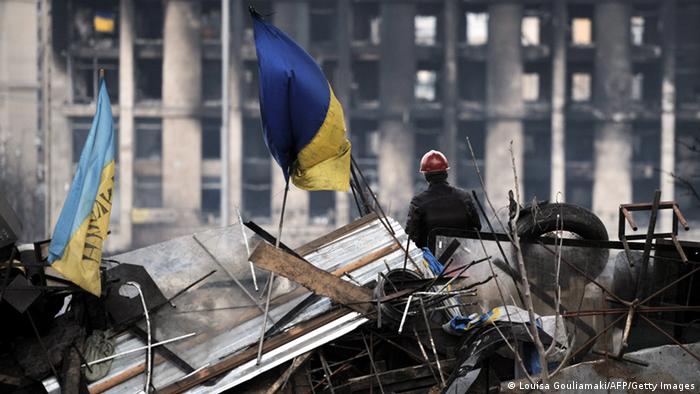 Yanukovych said on Saturday that he had no intention of resigning, and compared events in the capital to the coming to power of the Nazis in 1930s Germany.

"I am not leaving the country for anywhere. I do not intend to resign. I am the legitimately elected president," Yanukovych told a television station in the eastern city of Kharkiv.

Claiming that the political crisis resembled the rise of the German Nazi party, Yanukoych said he would not be leaving the country. "Everything happening today can primarily be described as vandalism, banditry and a coup d'etat. That is my assessment."

"This is not an opposition," he said. "These are bandits."

However, as he spoke, parliament voted to dismiss the president, and voted to impeach the president. The assembly also set May 25 as the date for fresh elections.

Yanukovych added that his car had been targeted by a gunman, although he showed no signs of injury. "My car was shot at. I am not afraid. I feel sorrow for my country," he told UBR television.

The comments appeared to contradict a statement by a member of the Ukrainian parliament on Saturday, who had said Yanukovych has promised to submit his resignation. Batkivshchyna (Fatherland) opposition party lawmaker Mykola Katerynchuk had told reporters that Yanukovych promised protest leader Arseniy Yatsenyuk that he would stand down.

On Friday, a deal appeared to have been reached between the president and the opposition, reducing presidential powers and restoring the 2004 constitution, which gave more power to parliament.

"Today he left the capital," said the retired world boxing champion. "Millions of Ukrainians see only one choice – early presidential and parliamentary elections." Klitschko later tweeted, adding that an election should be held no later than May 25.

Ukraine's army on Saturday ruled out playing any part in the crisis currently gripping the country. "The army will in no way become involved in the political conflict," it said in a statement.

The daughter of jailed Ukrainian opposition leader Yulia Tymoshenko on Saturday told the media that her mother was free under Ukrainian law, but remained in hospital where she is being treated for a back problem. Yevhenia Tymoshenko welcomed a vote in parliament on Saturday to free the former prime minister.

"With this parliamentary decision my mother is already a free woman," she said. Tymoshenko has served more than two years in prison after being convicted on a charge of abuse of office, for which she was sentenced to seven years. The trial was internationally condemned as being politically motivated. She was the charismatic leader of the 2004 Orange Revolution, and challenged Yanukovych in a bitterly contested presidential election in 2010.

Two of Tymoshenko's close political allies were on Saturday named as interim prime minister and speaker of parliament.

For the past three months, pro-European demonstrators have turned Kyiv's Independence square into a rallying point, demanding fresh elections. Opposition to Yanukovych turned to unrest after the president backed out of an association treaty with the European Union in November, instead opting to strengthen ties with Russia.