XKeyscore a ′God-terminal′ into Internet | Germany| News and in-depth reporting from Berlin and beyond | DW | 03.08.2013

XKeyscore a 'God-terminal' into Internet

New information has revealed the extent to which the National Security Agency can spy on Internet users. The US agency has apparently developed software that allows detailed searches with just a few clicks of the mouse. 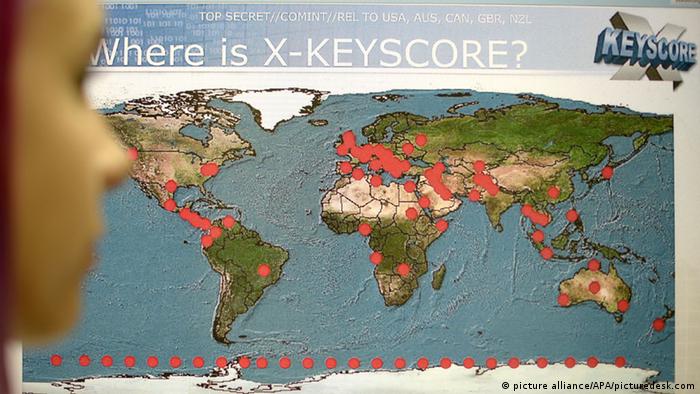 Another revelation by whistle-blower Edward Snowden has shaken the world: Spying software called XKeyscore, developed by the National Security Agency (NSA), can apparently surveil Internet users much more closely than expected. Whether tweets or Internet purchases, very little seems safe from the eyes of US security services.

Through a simple search interface, an NSA worker using XKeyscore can have access to the entire Internet, including private email, encrypted documents, social networks and - with special transcription software - even telephone conversations.

Slides published by the British paper The Guardian show this far-reaching search as not being particularly complicated. Snowden provided slides apparently used to teach security service workers how to use the software.

The slides show simple menus in which one can choose what or whom to surveil. XKeyscore users appear to have virtually the entire Internet within reach of a few clicks. 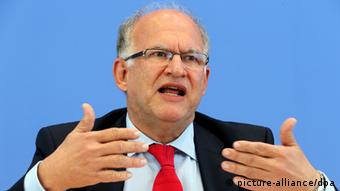 Schaar described the reach of the XKeyscore program as surprising

Ever since Snowden introduced the world to the American spying program Prism, there has been speculation as to just how closely NSA workers are able to monitor the online behavior of a particular user. But the effectiveness of XKeyscore has surprised even the experts.

"Whoever has been concerned about Internet data protection issues for a while knows the vulnerabilities of the Internet," said Peter Schaar, federal commissioner for data protection, on German broadcaster ARD. "But the details were indeed surprising."

Bruno Kramm, the Pirate Party's lead candidate in Bavaria, described XKeyscore as a "God-terminal, through which I can really peer into every field." A security agent's XKeyscore search could be compared to the average user's search for a document on his hard drive.

"One could imagine that the entire [Internet] world and everyone in it were saved on your own personal hard drive," Kramm explained.

Zeroing in on details

The decisive difference to Prism, according to Kramm, is that analysts can combine access to many different types of information through XKeyscore. What a user chats about on Facebook, which books he orders online, which demonstration he may be attending with his mobile phone - all that can be accessed by XKeyscore in a single go. 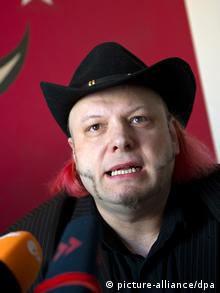 Since the system functions so simply, agents can zero in on tiny details. The Guardian detailed how, for example, communicating in a language that is unusual for the area may be flagged as suspicious.

Detlef Rückert, data protection officer for the Evangelical Church in Germany, warned of the importance of "sensitive dealings with electronic mail," for instance. German believers who go to church in Cairo or Abu Dhabi might email very private thoughts to their pastors at home - which could potentially be monitored, he pointed out.

Even in Germany, security agents can use XKeyscore to monitor someone's entire daily routine - for example, starting with Kramm's private conversation with a fellow party member in the morning.

"Then I take my dog for a walk, have my mobile with me, and use Twitter a bit. At the supermarket I use my loyalty card. All this information is available," Kramm explained. If you really want to have a private conversation with someone, go for a walk in the forest, he said - without your phone.

Kramm also believes that awareness of how the search method works might change Internet users' behavior. "We're likely to distrust our environment," he said.

By limiting what they share, Kramm thinks users might even begin to limit what they think - in a form of self-censorship.

Germany's Pirate Party has campaigned for Internet privacy since its foundation, but has benefited little from the recent outrage over international surveillance programs. The party itself is partly to blame. (30.07.2013)

Germany has been under surveillance by the United States for decades, and German leaders have been fully aware of it, says historian Josef Foschepoth. The reason? Secret post-war accords. (29.07.2013)