Germany has been under surveillance by the United States for decades, and German leaders have been fully aware of it, says historian Josef Foschepoth. The reason? Secret post-war accords. 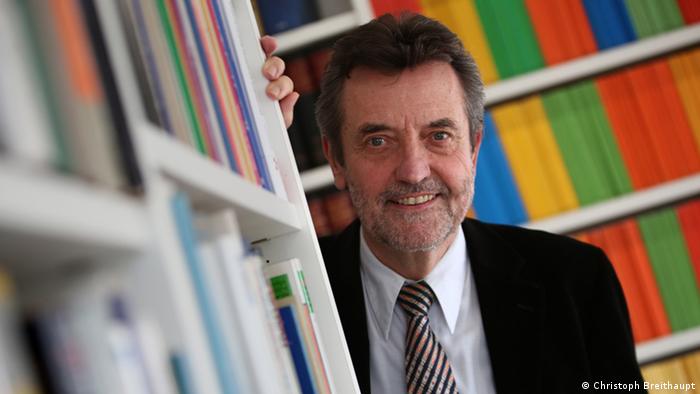 Deutsche Welle: The NSA spy scandal continues to ruffle feathers in Germany, Mr. Foschepoth. As a historian, you say the surveillance has been going on since the early days of post-war Germany. So, the revelations of Edward Snowden were not a surprise to you?

Josef Foschepoth: No, not really. I was surprised instead by the initial reactions, in particular, from the political side. They were as if this had happened for the first time, as if it was something terribly bad and unique. But that is not the case. From my own research, I know that this happened countless times in the 1960s in Germany.

How do you explain the rather low-key response from the German government?

Well, such affairs are always very uncomfortable because they bring to light something that had functioned in the shadows. And this function should not be disturbed, so it's played down. But now, this is no longer the case because it is an instance of severe and intensive surveillance. And moreover: it has been conducted by a friendly state.

This surveillance, as you've said, has been going on for decades, since the beginning of the Federal Republic of Germany in 1949. What rights did the occupation forces - among them, the Americans - have at that time?

Let's be clear that the victorious forces were in Germany to occupy the country. They wanted to make sure that Germany would never again be a threat as it was during the Nazi dictatorship. But, after the victory over Nazi Germany, a further conflict began with the Soviet Union and the Cold War was born. It was a two-fold conflict that required a new strategy from the United States. A policy of double containment ensued: containment of the Soviet Union on the one hand and Germany on the other. And an essential element of this policy was surveillance.

The so-called General Treaty, which regulated ties between Germany and the three allied powers, went into effect in 1955. The Federal Republic was to have the full powers of sovereignty over its domestic and foreign affairs. What did that mean for the surveillance strategy of the Americans?

These formulations, of course, are always very nice and are meant for the public, more than anything. Ten years after the end of World War Two, the Germans felt the fundamental urge to be a sovereign state once again. But that was not the case at all because in the treaties from 1955 - it was volumes of treaties - were secret supplemental agreements which guaranteed key rights for the Western allied forces; among them, the right to monitor telephone and postal communications.

What was the motivation for the German side behind all this?

The Americans exerted massive pressure. They did not want to give up this territory, which was geostrategically important for its surveillance operations. German leaders, of course, wanted to be able to say that we now had a bit more sovereignty; in other words, a few strokes for the reawakening national psyche. Of course, what they didn't say was we had to accept the same circumstances we had in the past under the occupation in the future as well, due to the international treaties and secret agreements. And these agreements are still valid and binding for every German government, even today.

How could these agreements survive all these years?

They were secret. The US had build a little America with its bases, in which the German government could not govern. When then-chancellor Helmut Kohl worked to clinch German reunification, he realized that this issue was a little difficult and controversial, so he said let's just ignore it, and so, there were no negotiations over America's special status rights. Therefore, these supplemental agreements are still in effect.

The phrase 'big brother society' is certainly a bit polemical. But let me put it this way: The fall from grace happened in 1955 when Konrad Adenauer agreed to the special status rights in negotiations with the allied forces. The recognition of these rights by the chancellor meant that there was no going back to the sanctity and privacy of post and telecommunications, as it is written in the German constitution. That is how the large German-allied intelligence complex arose.

That is interesting in that Germans are known for being very private about their data and it's why they put great emphasis on data privacy.

In the early years of the Federal Republic that was even more pronounced than it is today. That is why it was kept secret in the first place.

Professor Josef Foschepoth is a historian at the University of Freiburg and author of the book "Überwachtes Deutschland. Post- und Telefonüberwachung in der alten Bundesrepublik" (Vandenhoeck & Ruprecht, Göttingen, 2012)

Is a new building under construction at US Army headquarters in Wiesbaden also designed to house NSA spies? There are rumors, but the army says the facility is strictly for military intelligence units. (26.07.2013)

Markus Beckedahl, spokesman for German digital rights group Digitale Gesellschaft, tells DW what he thinks of the sudden outrage that German politicians have expressed about the latest NSA revelations. (09.07.2013)

In East Germany, the communist party's authority was sealed with secret police, civilian informants and arbitrary arrests. Some of those affected by the subversive methods are sharing their stories on a Dresden stage. (03.05.2013)

How Safe is our Data?