Outgoing US President Donald Trump has considered launching a new "Patriot Party" following his exit from the White House, according to sources cited by the Wall Street Journal. 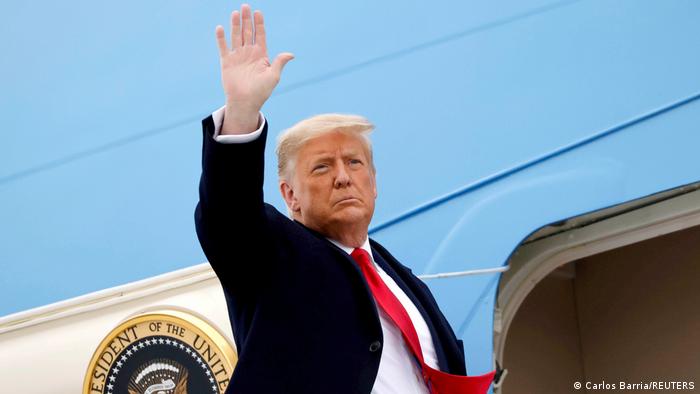 Donald Trump has discussed setting up his own political party in recent days, a new WSJ report says.

US President Donald Trump has discussed the possibility of setting up a new political party after his term ends on Wednesday, people familiar with the matter told the Wall Street Journal.

Last week, the outgoing president talked to a number of close aides and allies about forming a new party, which he would like to call the "Patriot Party" in line with his "America First" rhetoric.

This comes after several political figures from the Republican Party criticized Trump’s role in instigating the deadly riots at the US Capitol on January 6, which left at least five dead — including one police officer.

In his strongest public rebuke of Trump yet, Senate Majority Leader Mitch McConnell on Tuesday said rioters who attacked the Capitol were "fed lies" and "provoked by the president and other powerful people, and they tried to use fear and violence" in an attempt "to stop and overturn the certification by Congress of Democrat Joe Biden's November 3 election victory."

Despite the deepening chasm between Republican leaders and the president, Trump has managed to retain a significant chunk of Republican voters, especially those who weren’t as actively involved in politics before his 2016 presidential campaign.

With the US political system dominated by Republicans and Democrats, however, creating another major political faction would be a daunting task for the increasingly isolated president.

While US politics has seen third parties in the past, they usually fail to attract the numbers required to play a significant role in elections. Trump’s decision to form a new party would cut into the Republican voter base, which could prompt fierce opposition from GOP politicians.

US President Donald Trump impeached by House of Representatives

Donald Trump has become the first US president to be impeached twice. Lawmakers have accused Trump of "incitement of insurrection" following the Capitol storming.

Donald Trump will not be attending Joe Biden's inauguration. While highly unusual, it's not the first time an outgoing president is not part of the ceremony.