Would Margaret Thatcher be in favor of Brexit? | Europe | News and current affairs from around the continent | DW | 07.04.2018

Would Margaret Thatcher be in favor of Brexit?

On the fifth anniversary of her death, what would former British Prime Minister Margaret Thatcher have made of the Brexit furor? Rob Mudge takes a look at her credentials within the European Union. 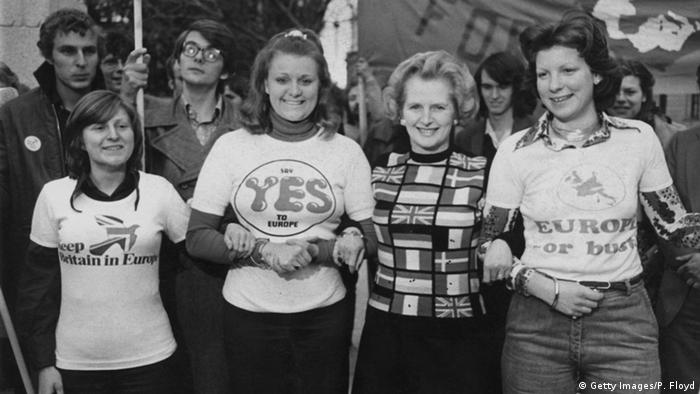 Margaret Thatcher's memorable House of Commons riposte in 1990 to European Commission chief Jacques Delors, who personified her deepest fears about an all-powerful, supranational European Union, is often, and arguably falsely, taken as proof that the prime minister was considering Brexit even before the word became fashionable.

But to argue that she was making the case to take the UK out of the EU may be missing the point. To understand her motives it's worth taking a closer look at a speech she gave on Europe at the College of Europe in 1988, more popularly known as "The Bruges Speech." In one of the key passages she clearly voiced her disdain for Brussels' perceived power grab. "We have not successfully rolled back the frontiers of the state in Britain, only to see them reimposed at a European level with a European superstate exercising a new dominance from Brussels."

Charles Powell, her private secretary at the time and the author of "The Bruges Speech," told DW that it was never Thatcher's intention to push the UK out of the EU. "It was not intended as an anti-EU speech, and I don't think it was delivered with that in mind," said Powell, who is now a member of the House of Lords. "Of course she had criticisms of the EU — most member states do — and she set out a course for the EU's future development which, had it been followed, would have made the institution a much better and more viable one." 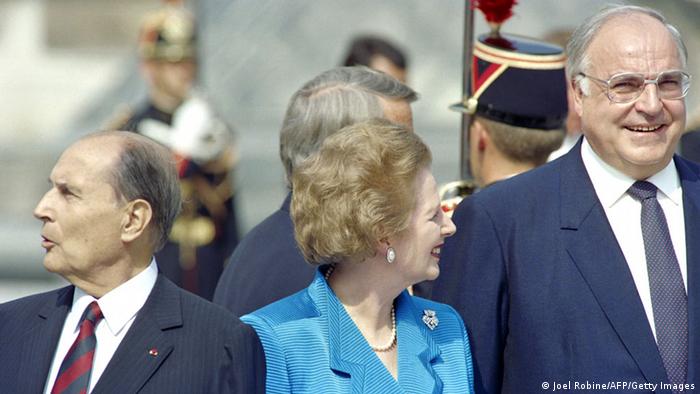 In a sense, Thatcher's vision for the European Union as outlined in "The Bruges Speech" reflects the current status quo. "It talked a lot about expansion to the east in the sense that a true Europe must be a Europe that involves the countries that at that point in 1988 were still under Communist rule," said Richard Vinen, professor of history at King's College, London and author of "Thatcher's Britain: The Politics and Social Upheaval of the Thatcher Era." "So it's strange that Thatcherites don't look more benignly at the changes that happened to Europe in the late 1980s — i.e., opening up of trade and opening up to the East."

While her detractors would argue the contrary there is a case to be made that we've gotten Thatcher all wrong. Arguably, she would also not have envisioned any feasible scenario in which she would have called a referendum on the UK's involvement in the EU. Not under any circumstances, Lord Powell said: "She would not have approved of holding a referendum at all on the subject of Britain's relations with Europe. She thought referendums were in a way the devil's work. She thought they were the instrument of tyrannies ... and therefore a referendum was simply not the best way to proceed under the British constitutional arrangements."

Given her no-nonsense and pragmatic approach, it's safe to say that Thatcher would have surmised that she could be more of a thorn in the EU's side within the bloc than from the outside. "I think she would have worked much more through the system in the sense of working through European institutions but also through the British system to a much greater extent than people allow for. She's someone who would have worked with the civil service, with the Foreign Office," Professor Vinen said.

And, aside from making a general nuisance of herself in the Brussels bubble, Thatcher's main concern was to secure as many advantages and exploit as many loopholes as possible for the UK. "If you think of the way that, for 12 years as prime minister, she battled within the EU to gain advantage for Britain to see the European Union develop, then I think you would have to conclude that she would not have had any wish for us to leave it," Powell said.

"Certainly she was a difficult member of the EU," Powell said. "She fought hard for specific British advantages, where necessary to opt out of some of the EU arrangements, but she never in her time as prime minister contemplated or spoke about leaving the European Union."

Given the ways that the current government has managed to maneuver itself out of any halfway decent Brexit options, White Hall officials could do worse than to reappraise Thatcher's prescient approach to creating a healthy mix of national interests and tasks carried out on a supranational level in Brussels. "She made a very clear distinction between the EU carrying out certain functions but leaving a great deal to member states to do on their own," Powell said. "She didn't wish to see the EU intervene too much in the national affairs of its member states."

A champion for Brexiteers or remainers? 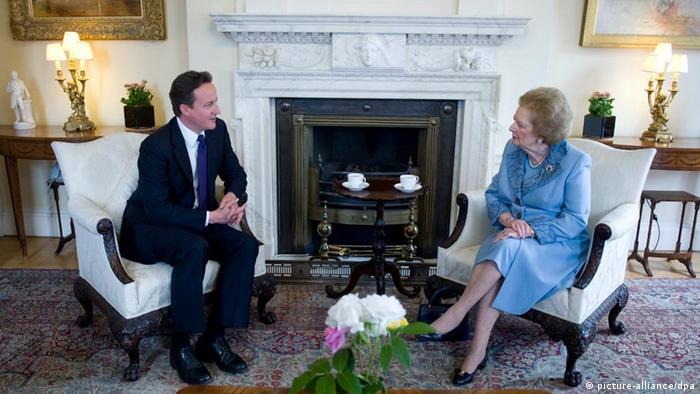 If only Prime Minister David Cameron had consulted her ...

Somewhat ironically, both sides of the Brexit divide, the leave camp and the remainers, have claimed Thatcher as their own.

"I think it's a bit cheeky frankly to claim that Margaret Thatcher would would support their [leave] campaign," Powell said. "You know I would like to see the remain campaign actually claim more support for their views based on what Margaret Thatcher believed. I think, if you look at her track record, you have to say that she was a very diligent head of government for 12 years, fighting to remain in the EU and for what was best for Britain's interests in it. So it's a pity that remain didn't make more of that."

So, would Thatcher be turning in her grave at the way that her name is being bandied about within the context of Brexit? Vinen thinks that there's more to her legacy than meets the eye.

"I think she is less of a kind of populist than some of the people think who now speak in her name," Vinen said. "I think also of course the defining feature for Thatcher is the fact that she was in power for a very long time. So she had a sense of realism about what you can get away with, and lots of people who are keenest on Brexit are people who have been in government for a short time or people who resigned in the run up to the referendum, so I think they're much more single-issue people than Thatcher ever was."