A US-based research center has surveyed 26,000 people in 25 countries and found few with confidence in President Donald Trump to do the right thing. His low status is nearly matched by the Russian and Chinese leaders. 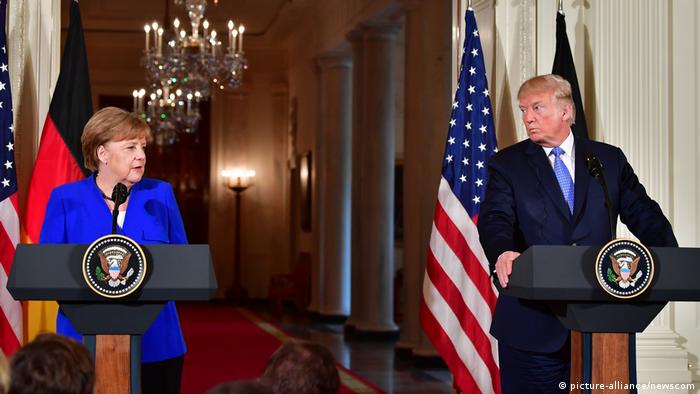 German Chancellor Angela Merkel came out top of a new Pew survey with 52 percent of respondents expressing confidence in her to "do the right thing regarding world affairs." Seventy percent said they had "no confidence" in US President Donald Trump.

The Pew Research Center, a nonpartisan American fact tank based in Washington, published its findings on Monday after it surveyed more than 26,000 people in 25 countries.

Merkel's popularity was the highest in the Netherlands, according to the data, as 85 per cent viewed her positively. She was least liked in Greece, where just 15 per cent expressed confidence.

Among Europe's right-wing populist parties, there was more confidence expressed for Trump. The favorable view was strongest in the UK where 53 percent of supporters of the anti-immigrant, Brexit-supporting UKIP party expressed confidence in Trump, although 21 percent did not.

US respect for personal freedoms

Just 35 percent of respondents in Germany agreed with the statement "The government of the United States respects the personal freedoms of its people." This represents a 15 percent fall over the previous year.

Preference for US as leading power

Asked if they would prefer the US or China as the leading power, respondents made the US the overwhelming choice.

Backing for the US as the world's leading power was weakest in Russia, Tunisia, Argentina and Italy. It was highest in Japan, Sweden, Japan and Australia.

Respondents expressing a preference for China to be the world's leading power were in Tunisia (64 percent), Mexico (41 percent) and South Africa (38 percent).