Thousands of South Asians migrate every year to wealthy Middle East countries dreaming of a better life. But the 2022 FIFA World Cup in Qatar has drawn global attention to the exploitation faced by many foreign workers. 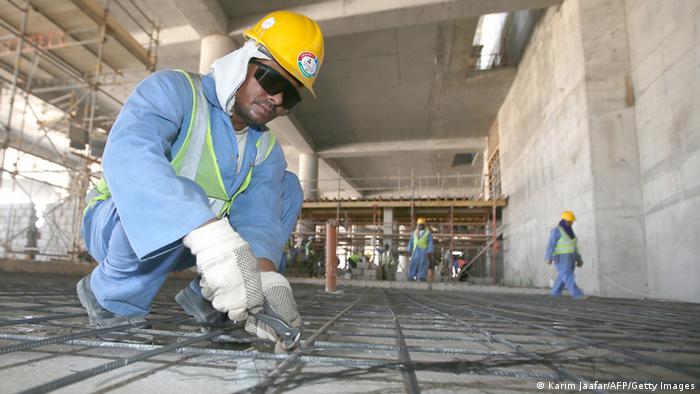 "I was promised a job in a garage, but when I got to Qatar I had to work on scaffoldings 100-200 feet high. It was dangerous, but the managers turned a blind eye, saying we were responsible for our own safety. We were hired by contractors who forced us to work in which ever company they wished. I had gone to the emirate by taking out a loan at a high interest rate, but was unable to repay it because the company failed to pay me. Back in Nepal I had to sell my land in order to afford a heart operation to save my daughter's life. I am in a crisis now."

These are the words of Bide Majakoti, a Nepalese migrant worker, speaking to Equal Times - a site supported by the Brussels-based International Trade Union Confederation (ITUC) - about how he was lured by recruitment agents to work in the Arab state of Qatar under the illusion of making quick money.

But Majakoti is just one of the thousands of South Asian workers who travel every year to Gulf countries with the dream of making more money than they earn back home, only to find themselves living and working in harsh conditions with a lack or proper medical care, legal protection, and receiving late wages, if at all.

According to the ITUC, many of the 1.2 million migrant workers in the emirate of Qatar are facing abuse and exploitation that amounts to "21st century slavery." These people are mostly unskilled workers from Nepal, India and Bangladesh, who are afraid to tell their stories to the media for fear of reprisals and deportation.

Qatar has come under scrutiny over the deaths of foreign laborers on projects linked to the 2022 FIFA World Cup. But analyst Nandita Baruah says much more is needed for the working conditions of migrants to improve. (11.10.2013)

Reports indicate over 100 migrants have died this year at construction sites while preparing for the 2022 World Cup in Qatar. Tim Noonan of the International Trade Union Confederation says FIFA must intervene. (28.09.2013)

European clubs have on Tuesday urged caution ahead of a decision on whether to shift the 2022 World Cup in Qatar to the northern hemisphere’s winter. FIFA is set to meet in October to discuss rescheduling the tournament. (10.09.2013)

FIFA has said it won’t make a decision on when the 2022 World Cup in Qatar will be played until at least next year. There are concerns that the summer heat there would be unbearable for the players and fans. (04.10.2013)

The plight of these migrant workers often begins before their arrival in the Persian Gulf. Driven by poverty, social inequality and a lack of job opportunities in their home countries, many of them sell their limited assets and borrow money to pay the high recruitment fees charged by agents - often in the range of USD 3,000 to 10,000, according to the Geneva-based International Organization for Migration (IOM).

Their problems are usually compounded by the fact that, in many instances, they are lured with false promises by recruitment agencies seeking to maximize profits. Furthermore, agents sometimes bend the rules by falsifying the work permits and contracts of potential migrants who lack the channels to travel to these countries legally, the Asia Foundation's Nandita Baruah, an expert on labor migration and human trafficking issues, told DW. "This combination of a heavy financial burden and a murky recruitment system leaves migrants more vulnerable to abusive and unfair employment practices," she added.

Upon arrival in their host country, some workers are not given the jobs or paid the wages they were promised and have their contracts torn up, ITUC General Secretary Sharan Burrow explains. "Employers also hold on to the passports of the migrant laborers, who often have to work in hazardous conditions and are denied the right to unionize or strike," Burrow told DW. There have also been reports of overcrowded and unsanitary labor camps, as well as a lack of access to drinking water.

The risk of exploitation is increased by the state-run "Kafala" or sponsorship system, which prohibits workers from changing jobs and even leaving the country without their employer's permission. Although Qatar's labor laws limit working hours and require employers to provide their workers with suitable accommodation, health care and on-time payment, experts say that these regulations are rarely enforced by Qatari authorities.

According to a 2013 Human Rights Watch report, Qatar currently employs only 150 labor inspectors and inspections do not include worker interviews. The natural gas-rich state also stands accused of not providing adequate procedures to deal with workers' complaints. The Qatari Labor Ministry did not reply to DW's request to comment on these allegations.

As the Gulf state embarks on a multi-billion-dollar construction program to prepare to host the 2022 football World Cup, it has come under mounting pressure amid international criticism over the deaths of dozens of migrant laborers on projects linked to the event. An investigation conducted by the British daily The Guardian found that 44 Nepalese migrants had died during the summer in Qatar when temperatures can reach around 50 degrees Celsius (122 degrees Fahrenheit). The figures are comparable to the ones published by the Nepalese government which stated that last year a total of 151 laborers died in the emirate, 85 of them due to health-related conditions believed to be caused by the workers' exposure to extreme heat and cold in short periods of time.

Qatar reacted to the report by announcing that they would double the number of labor inspectors and commission an independent law firm to review all the claims made. Authorities, however, rejected claims that Nepalese workers were being treated as "slaves."

In a statement given to DW, FIFA reacted by saying it was "very concerned" by the media reports and would discuss the issue of labor rights abuses and bad working conditions at World Cup construction projects sites with the Qatari authorities.

Although the increased media attention has put some pressure on Doha to act, experts point out that these abuses are neither limited to Qatar nor do they affect all migrant workers. Similar conditions of exploitation have been documented in other host countries, such as Saudi Arabia, Malaysia, United Arab Emirates and Kuwait. 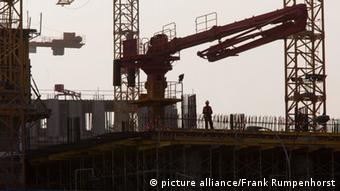 That said, analysts point out that substantive structural and systemic changes will be necessary if the working and living conditions of migrant workers in Qatar are to improve anytime soon, especially since the country may require up to a million additional workers in the coming years to overhaul its infrastructure and build the stadiums needed to host the World Cup.

"I think greater international pressure, especially from the countries participating in the FIFA World Cup and the sports fraternity, is necessary. We need to ask ourselves whether our conscience allows us to play in stadiums and facilities that have been built with the blood of migrant workers," Baruah told DW.