Laborers in Qatar have become ′property′ | World | Breaking news and perspectives from around the globe | DW | 28.09.2013

Reports indicate over 100 migrants have died this year at construction sites while preparing for the 2022 World Cup in Qatar. Tim Noonan of the International Trade Union Confederation says FIFA must intervene. 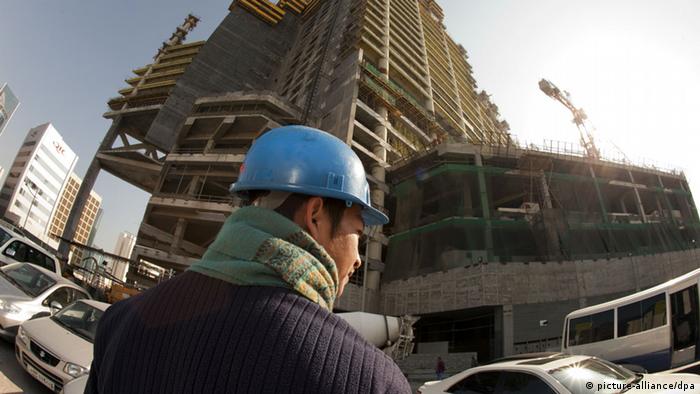 DW: According to a recently published report in the British newspaper, the Guardian, 44 Nepalese guest workers have died in Qatar from June 4 to August 8 at construction sites for the 2022 World Cup, and many others faced abusive working conditions. Can you explain to us how that could have happened?

Tim Noonan: Everything that we know about Qatar from our years of research into this problem shows that what the Guardian is saying is correct. The fundamental problem has two aspects. Firstly, Qatar has no proper labor law. The labor legislation does not give fundamental rights to workers. There is no right to organize a trade union for migrant workers. There is no right to collective bargaining or negotiation for migrant workers. There are no effective protections. This means that more than one million migrant workers from countries like Nepal or India, and elsewhere in South Asia, and increasingly now in Africa and Central Asia, are exposed to terrible exploitation. We know from official sources, from the embassies of India and Nepal in Qatar, that at least 400 workers die in Qatar every year.

They're dying because of the terrible working conditions and extremely poor living conditions in the labor camps, many of which are simply disgusting and unfit for human habitation. Workers who are working long hours in temperatures of up to 50 degrees Celsius (122 degrees Fahrenheit) - sometimes, as revealed by the Guardian, without even being provided with water to drink. This is an absolute disgrace, and our concern is that if nothing is done, by the time the first football is kicked in the World Cup finals in 2022, at least 4,000 more workers are likely to have lost their lives.

There is talk of modern slavery. How do you view such claims? 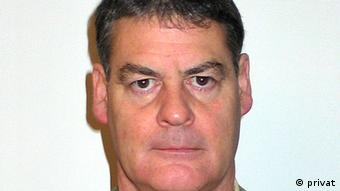 The system puts the power completely in the hands of the employers. When the migrant workers arrive in Qatar, they become the property of the employer. The so-called Kafala system, or sponsorship system, means that any migrant worker cannot leave the country unless their employer agrees. They cannot change their job unless their employer agrees. This means they have no power. And there are dozens and dozens of cases, even today, of workers from the construction sector, women, domestic workers, even international footballers, who are stuck in Qatar simply because their employer refuses to let them leave the country. The ambassador of Nepal this week was quoted as describing Qatar as an open prison. And it is totally unacceptable that this situation and this system should be allowed to continue in a country that is going to, for all intents and purposes, host the World Cup in just a few years time.

Where do most of the migrant workers come from, and why do they go to Qatar?

Most of the migrant workers come from very poor areas in countries like Nepal, India, Sri Lanka, Pakistan, Philippines - so primarily South and Southeast Asia. What happens is workers - young men, primarily, also some women in the domestic service - are brought into Qatar under false pretenses. A local migration agent - unregulated, uncontrolled - makes promises to a young person from a remote village in Nepal, for example. Someone who may have not had very much schooling. The agent makes them a promise that they can earn money and build a wonderful future for their family and their community. Then when they get to Qatar, they find that the reality is entirely different. If they are lucky enough to have an employment contract, it's very often different to what they were promised before they left the country. And they have no way of redressing that discrimination and that problem. If you take a case into the Qatar legal system, it can take months or years before you get to a conclusion, so it really is an intolerable situation.

What is your organization calling for in Qatar?

We're calling for Qatar to accept that reputable labor hire companies that operate internationally according to decent standards be allowed to take over the business of the fly-by-night and very often corrupt small-scale migration agents, who are part of the problem here. We're insisting that Qatar should reform its immigration system and remove the Kafala control of employers over workers. We're saying that Qatar needs to amend its labor legislation to enter the modern world of labor law, according to the standards of the International Labor Organization. Qatar is a member of the ILO. It should fulfill the obligations of membership. That means basic rights for workers.

We also need for Qatar to have an effective system of workplace inspection, proper protection to protect workers from death and injury. And we're insisting that companies that are contemplating operating or are already operating in Qatar urgently get into discussion with the international trade unions in the construction sector, with the national trade union organizations in their home country so that they can work out what's the most effective way to operate in a way that affords workers dignity and respect. There are obligations on Qatar's authorities. We've been pressing them for two years. They've done nothing effectively. There are obligations on the companies, and there's a very heavy obligation on FIFA itself.

How has FIFA reacted to your demands?

The first time we raised this formally at high level with FIFA in a meeting in November of 2011, FIFA did express publicly their concern about workers' rights in Qatar. Nothing has moved in that time. We understand that FIFA may be putting this issue on the agenda of its executive committee in the next week or so. It's now 600 days since we first raised the issue with FIFA, and on average one worker will have died for every one of those days. FIFA needs to move now, and it needs to move with authority and determination. It needs to give a message to Qatar that Qatar should only be allowed to host the World Cup in 2022 if it respects these fundamental rights. If not, FIFA should re-run the vote.

Tim Noonan is Director of Campaigns and Communications at the International Trade Union Confederation, which is based in Brussels. The ITUC states that its mission is to advocate for the rights of workers in more than 150 countries.

German arms exports to the Gulf region are on the rise. Critics say Germany should not be supplying countries with such questionable human rights records. (07.08.2013)

'They give the people games so they won't rebel'

Be it in China, Ukraine or Qatar, authoritarian leaders enjoy presenting their countries as hosts of major sporting events. They use the highly scripted shows as a welcome opportunity to promote their regimes. (13.06.2012)

Brazil's reform movement has stalled since the mass protests in June. But activists plan to hit the streets again on September 7, the country's independence day, in a new drive for change. (06.09.2013)