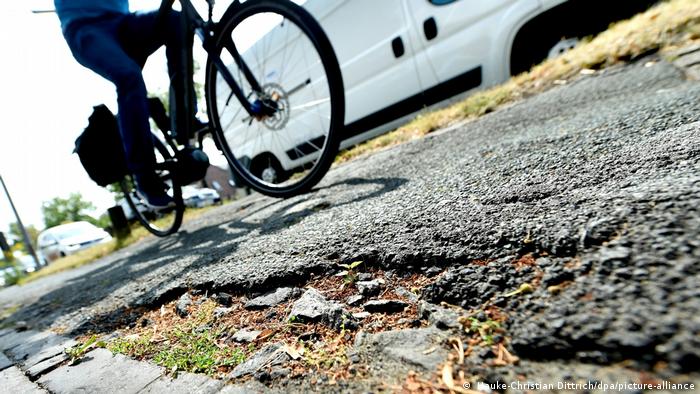 A few years ago, cyclists in Germany could only look enviously at cities such as Amsterdam or Copenhagen, where bicycles have long been an integral part of everyday life.

But now, from narrow city streets to wide country roads, bicycles are everywhere in Germany. The number has increased dramatically in recent years, and in some urban areas, bikes are even beginning to be the dominant mode of transport.

Boost from the pandemic

The pandemic has given bicycles a further boost. In 2020, around a million more bikes were sold than the year before, an increase of around 35%, according to the German Bicycle Industry Association.

During the restrictions brought on by the coronavirus pandemic, many people switched to bicycles, especially to avoid public transport. And while gyms, theaters and restaurants were closed and group sports were banned, a bike ride was always possible.

"We want to make Germany a cycling country," he said in April. "Coronavirus does not have many positives, but we do see one: a boom in cycling."

Scheuer now plans to provide tax incentives for the purchase of expensive bikes or e-bikes, just like train tickets. The minister from the Bavarian center-right CSU party has been criticized during his tenure for promoting more car traffic — but now he wants to double the number of cyclists in Germany by 2030. That would mean people cycling an average of around 3 kilometers a day, compared with 1 1/2 kilometers at the moment. The government plans to invest €1.46 billion in cycling infrastructure by 2023.

Conflicts between cars, pedestrians and cyclists

But if cars are forced to share the roads with even more bicycles, it could lead to problems. Pedestrians also often suffer when more cyclists use the sidewalks.

Many cities and municipalities are planning separate but expensive bike lanes, with large bike parking garages at stations, like the one that already exists in the city of Münster.

In addition, many bicycle bridges are planned to go over busy roads. And there are even bicycle highways in the works, such as in the western Ruhr region. Ultimately, this bicycle highway with wide cycleways in both directions will connect around 10 cities and be over 100 kilometers (62 miles) long.

For renowned mobility researcher Andreas Knie, improved bike infrastructure is only part of the answer. Building expensive new bicycle lanes from the suburbs into the city center, as the city of Berlin is planning, will not address all the issues. Instead, the future is a model that Knie calls "shared mobility."

Knie himself owns neither a bicycle nor a car and believes that bike and car-sharing schemes need to be expanded.

"We'll have a lot more mobile work, and we'll have to learn to share cars, even in rural areas," he told DW. "And to rent bikes instead of owning them."

But until that happens, bike enthusiasts will continue to fight with car drivers over space on the road and places to park. And accidents occur primarily at busy traffic junctions, as a study by the Insurer's Organization of Accident Research shows.

According to the study, some 66% of all accidents that injure or kill cyclists in Germany take place at major road junctions. It could be a long time before Germany is truly bicycle-friendly.

After a 30-year run at the shores of Lake Constance, the bicycle trade fair Eurobike is now happening in Germany's financial capital for the first time. Here are some of the highlights.

With millions of Germans staying in their homes for months at a time, the country's roads became much safer. Cyclists, in particular, were able to enjoy the quieter streets.