Massive quantities of illegal timber may have been imported into the European Union by inventing fake trees, according to a report released this week by Greenpeace. 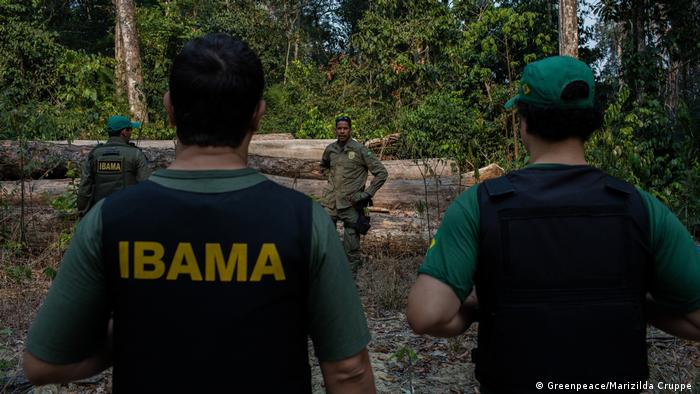 Wednesday is the International Day of Forests, dedicated by the United Nations to increase awareness of preserving the earth's trees, which are essential to wider ecosystems and act as a carbon sink to slow climate change.

There is a growing awareness of the importance of protecting forests. In the European Union, it is illegal to import timber that has been illegally sourced in its home country.

The report says fake trees are being invented to compensate for the illegally harvested wood. It's happening in Brazil's Pará state, one of the country's largest exporters of tropical timber.

"These imaginary trees are included in forest inventories for licensing the sustainable forest management plans — one of the first steps in the process of legal timber harvesting — and then delivered to the department of the environment of Pará state," Camila Rossi of Greenpeace Brazil told DW. "For the most part, no field inspections are conducted before [assessments] are drawn up." 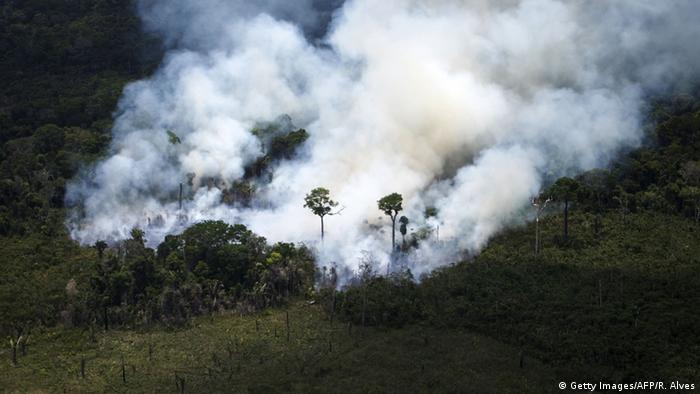 Illegal exploitation of timber in the Amazon can cause forest fires

"This allows the forest engineers responsible for estimating the volume of wood available for cutting within a given forest management area to overestimate volumes or fraudulently add trees of high commercial value to the area's forest inventory," she added. "State environment departments subsequently issue credits for the harvesting and movement of this non-existent timber. These credits are then used to cook the books."

Forest inventories are required in the Brazilian licensing process for forest management plans. But according to the report, the documents frequently overestimate the volumes of valuable trees, misidentify undesirable trees as commercially valuable species, or simply list specimens that don't exist. Once laundered, illegal timber becomes indistinguishable from timber that has been harvested legally.

The investigation found that 11 EU countries imported 9,775.376 cubic meters of ipe timber from forest management plans with indications of fraud between March 2016 and September 2017. France imported the largest volume, followed by Portugal, Belgium and the Netherlands. 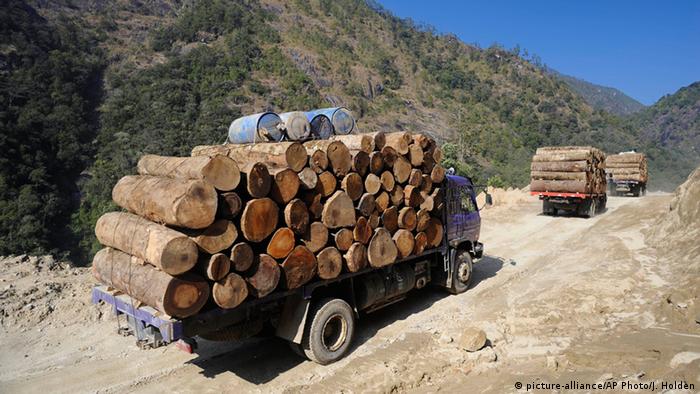 The timber trade can damage forests around the world

"Importers rely heavily on Brazilian authorities and control systems, which in theory work very well, but the history of the timber sector in the states of Pará and Mato Grosso have high levels of illegality," Rossi said. She added that importers were aware of the problem but turn a blind eye, "hiding behind international regulations and fraudulent papers."

André de Boer from the Brussels-based European Timber Trade Federation disputes this. "We advise our members to apply due diligence and adequate risk-mitigation measures in situations where the risk of illegality is not negligible," he told DW. "And I do have the distinct feeling that members of our federations act accordingly as they should of course under the EU timber regulation."

What can importers do?

The Amazon: Protecting the Rain Forests

Greenpeace is calling on companies in Europe to stop buying timber from the Brazilian Amazon unless they can provide credible independent evidence that the timber is legal, without relying on the Brazilian government certification. That could include third-party field audits or forest inventories.

"Logging in the Brazilian Amazon is out of control," said Sébastien Risso, a Greenpeace EU forest policy director based in Brussels. "It's practically impossible to guarantee that timber from the region comes from legal operations. National authorities in the EU should review the evidence and take urgent action to stop the sale of timber that does not meet the standards required by EU law."

Greenpeace says EU countries and companies should be actively supporting the reform of forest licensing and forest control credit systems in Brazil, monitoring and inspecting the timber industry to ensure timber from the Brazilian Amazon is legally produced.

The EU can help support that reform by designating companies that cannot provide credible independent evidence of legality as being in breach of the EU's Timber Regulation.

For his part, de Boer concedes that importers could help improve the situation by conducting independent audits.