Activist Freshta Kohistani, a champion for women's rights in Afghanistan, has been assassinated by gunmen. Her killing comes amid a wave of deadly bombings and targeted assassinations in the country. 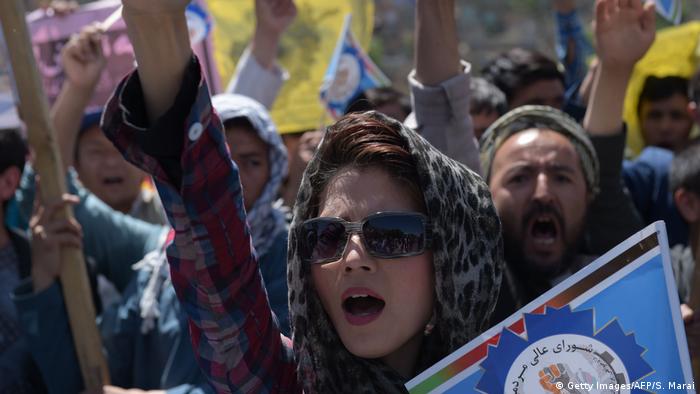 Kohistani, a former provincial council member, led protests and raised awareness on social media about violence against women in Afghanistan. She had also campaigned for veteran leader Abdullah Abdullah during last year's presidential election, and organized a number of civil society events in Kabul demanding rights for women.

Abdullah, said Kohistani, 29, was killed in a "terrorist attack". In a Facebook post, he described Kohistani as a "brave and fearless" activist who was at the forefront of civil and social life in Afghanistan.

"The continuation of such assassinations is unacceptable," said Abdullah.

No one immediately claimed responsibility for Thursday's attack.

Afghanistan 'is not a place to live in'

Kohistani was the second activist to be killed in two days after a pro-democracy advocate was assassinated in the capital on Wednesday.

Their murders follow a similar pattern seen in recent weeks, in which  prominent Afghans have died in targeted killings  in broad daylight, several of them in Kabul.

Mohammad Yousuf Rasheed, the head of an independent election monitoring organization, was shot and killed in an ambush in Kabul. Several days prior, motorcycle-riding gunmen used a silenced pistol to kill prominent journalist Rahmatullah Nekzad. The reporter had been walking to his neighbourhood mosque.

The string of assassinations  come as the Afghan government and the Taliban have been  holding peace talks  for more than three months.

The talks, which aim to end decades of war, have been suspended until early January. There is speculation the resumption could be further delayed.

Days before her death, Kohistani wrote on Facebook that she had asked for protection from the authorities after receiving threats.

She had also denounced the country's ongoing wave of assassinations of journalists and activists.

"Afghanistan is not a place to live in. There is no hope for peace. Tell the tailor to take your measurement (for a funeral shroud), tomorrow it could be your turn," she tweeted in November.

A suicide bomber has struck at an army base, killing dozens of security personnel. Violence has surged in Afghanistan since the start of peace talks between the government and the Taliban in September.