According to the World Bank, women make up 80 percent of Kenya's farmers. Despite their majority, they still have many challenges to overcome, like gaining ownership of the land they work. 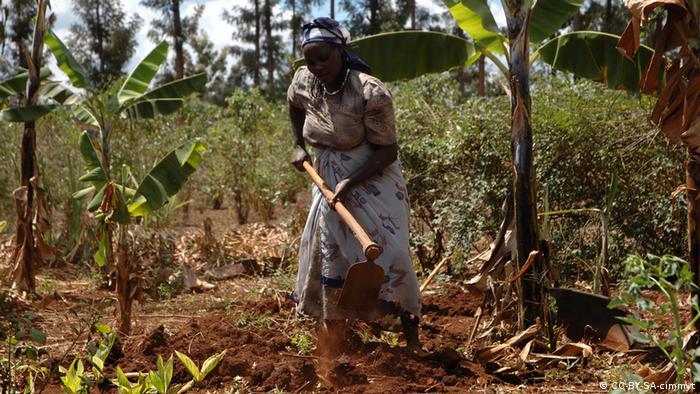 Flanked by a poultry yard and several cows grazing just a few meters from her home, Linda Okal is busy in her vegetable garden in Kenya's central Mbeere province - famous for its agricultural products.

Okal grows maize and cultivates fruit trees, rears dairy cows and numerous chickens. She also takes care of her two children. "I started farming when my husband moved to town to look for a white collar job," Linda says. She was left behind to take care of the farm and the children - an increasingly common tale in Kenya, where more and more women take over farms.

Women traditionally used to stay at home to take care of the family and cook for the men on the farm, Okal told DW. "But there were no female farmers." 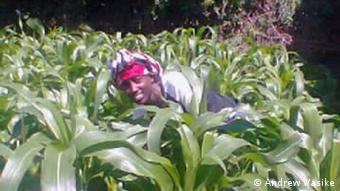 Now, more than 80 percent of Kenya's farms are run by women. Only half of these women actually own their farms; the others work the land that belongs to their husbands. But not having ownership creates a lot of problems. Since the women don't own the land, they cannot join farming cooperatives that would help them interact with other people who could help them improve production or sales.

They also cannot get loans from the bank to buy new equipment or hire help, Okal said. "Most of the farms belong to the husbands, who own the title deeds. A bank cannot give you a loan if you don't have your own deed," she says. Consequently, the women are reduced to small-scale farming.

Without the "privilege of getting the loans that would help them finance their farms for better productivity and maintenance," says Wobwoba Kiprotich, of the Kenyan Ministry of Agriculture, the women are "not financially stable." 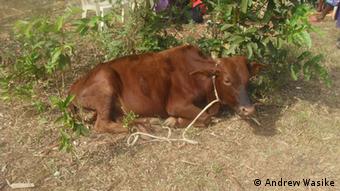 Some of the farmers keep livestock, as well as cultivating the land

In 2010, Kenya drafted a new constitution guaranteeing equal rights for women: they can now inherit property and own land. But in Kenya's rural areas, many people are unaware of the new constitution. Entire communities live under the old system that puts women and girls at a disadvantage, particularly concerning property rights. Owning land gives women access to capital and the freedom to leave abusive marriages.

Kiprotich is convinced that supporting women farmers will "improve the infrastructure and reduce trade barriers and urban migration of those in search of employment and better standards of living." Many female farmers will be encouraged to farm, which in turn would ensure food security in the country, he observed.

According to the United Nations' Food and Agriculture Organization, Kenyan farms managed by men are eight percent more productive than farms run by women - but the numbers are misleading. The women have fewer resources, fewer machines and outdated irrigation systems. In fact, the UN says that if they had credit and were able to invest in new equipment, the farms run by women would be the most productive in Kenyan history. 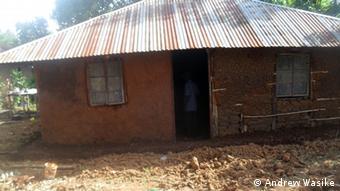 Linda Okal does not intend to give up her farm

The government is ready to make that happen, Kiprotich says and points out that Kenya is building roads to facilitate transport for the farm products, and dams for irrigation and producing electricity. "We are educating women in the use of modern technology and trying to provide them with a readily available market for their products," he says.

Government support is changing the lives of farmers like Linda Okal, who is planning to take ownership of her farm. "I doubt my husband will refuse because I have developed this place so much and it's like I actually own it," she argues, adding that she is not planning to ever leave her land. "My hope for the future is that our rural areas are developed so people don't have to leave for work in the city," Linda says. "I would love to see women's rights guaranteed as was done by the new constitution."

Access to health care is a major problem in many emerging and developing countries suffering from a lack of trained medical personnel. But mobile phones could help bring medical help closer. (03.03.2013)

Chances for Kenya's only female presidential candidate are slim. The latest polls suggest just one percent of voters would pick Martha Karua come election day. But things are changing. (08.02.2013)