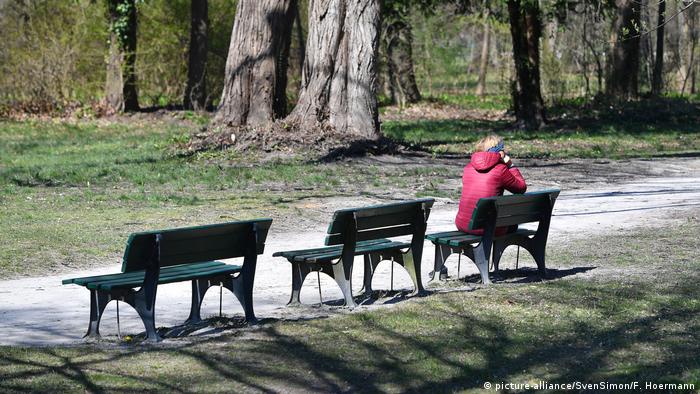 Almost no women feel safe when traveling about the large German cities of Hamburg, Berlin, Cologne and Munich, according to a study by the German branch of Plan International, a children's rights organization.

For the study, dubbed "Safe in the City," almost 1,000 women aged 16-71 were requested to place markers on an interactive map in city locations that they have experienced as safe or unsafe. Eighty percent of altogether 1,267 marked locations were classified as unsafe, for reasons including verbal harassment when jogging in the park, badly lit streets, stalking or unwanted touching of a sexual nature.

"Our survey shows that girls and women do not really feel safe or able to move freely in their city. On average, each of the respondents marked one unsafe location in her surrounding area," said Maike Röttger, the director of Plan International in Germany.

"Every fourth woman has experienced sexual harassment and every fifth woman has been followed, insulted or threatened," Röttger said, adding that the study findings were concerning.

The most frequent reasons given for feeling threatened were encounters with people under the influence of alcohol or other drugs, badly lit paths and parks and lonely areas where no help would be available in the case of an emergency.

Röttger called for action, saying that every girl and woman had a right to move about in her city freely and without fear. She said they should be included in planning and structuring their urban surroundings to make them safer.

But Röttger also called for a change in thinking about gender roles, saying many boys and men still thought it was all right to harass women. "Underlying stereotypes and discrimination are the reason why girls and women cannot feel safe," she said.

According to the study, women felt most in danger after dark, with 806 of the 1,014 negative markers indicating evenings or nights and only 208 applying to the daytime.

A 2018 study carried out by Plan International in New Delhi, Sydney, Lima and Madrid made similar findings, with most girls and women saying they feel unsafe in those cities.

Female students have broken their silence about professors demanding sexual favors in exchange for good grades. One professor has already been sentenced to a two-year prison term this month. It's not the first time that Moroccan professors have been accused of sexual harassment, but until now, this has almost never had any consequences. Louisa Wright has this report by Dunja Sadaqi.