Taylor Swift, Missy Elliott and Ariana Grande have taken home major honors at the 2019 MTV Video Music Awards. Swift won the top accolade for her gay rights anthem, "You Need to Calm Down." 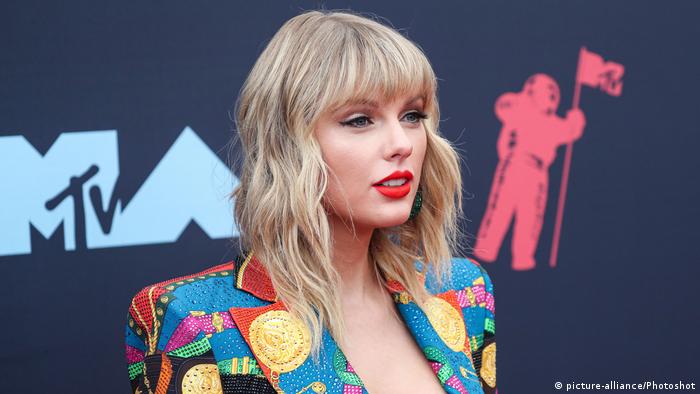 Taylor Swift kicked off the night with a strong performance of the hit that won her Video of the Year, "You Need to Calm Down," a song that carries a powerful anti-homophobic message.

Read more: At the Schumannfest, it's about Clara — and other women in music 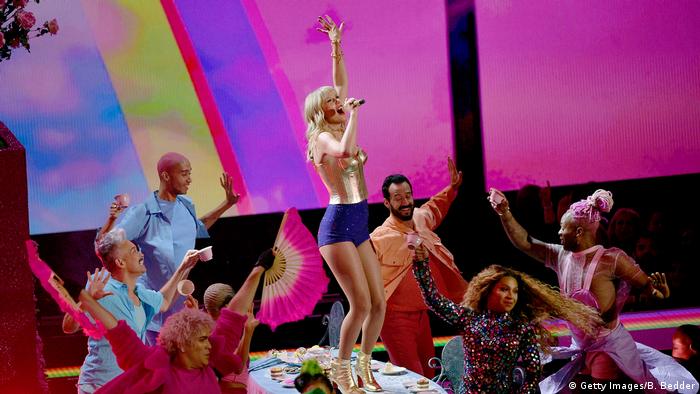 Taylor Swift's colorful rendition of "You Need to Calm Down"

"In this video several points were made," said Swift, wearing an oversized rainbow-colored suit jacket. "You want a world where we are all treated equally under the law," she added, noting that the winner was voted for by the fans themselves.

An absent Arianda Grande took home the Artist of the Year award, and Billie Eilish, who was on tour in Russia, won best new artist, push artist of the year and best editing.

Missy Elliott brought her colorful, eccentric and groundbreaking music videos to life, from "Work It" to "Lose Control."

"I've worked diligently for over two decades and I never thought I would be standing up here receiving this award," Elliott said. 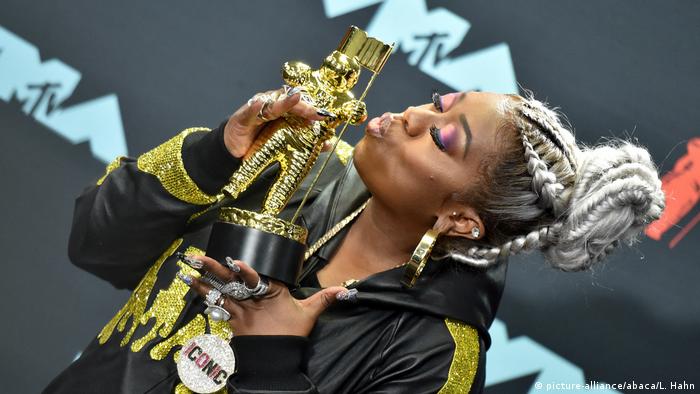 She also honored the R&B icon Aaliyah, who she had been close to and collaborated with. The 18th anniversary of Aaliyah's death was Sunday.

Lil Nas X and Billy Ray Cyrus' "Old Town Road," the longest-running number one song in the history of the Billboard Hot 100 chart, won song of the year.

The awards closed with a performance by artists who are from New Jersey, including Queen Latifah, Redman, Wyclef Jean, Naughty by Nature and Fetty Wap.

A lesson in positivity from singer songwriter Lira