A woman in Germany has narrowly escaped injury after plucking a chunk of white phosphorus from a beach. Firefighters were called to the scene after the phosphorus ignited in her pocket, setting fire to her jacket. German authorities alerted beach-goers to the importance of proper pebble-stowing techniques on Saturday after a woman accidentally pocketed a chunk of white phosphorus.

A 41-year-old found the piece nestled in wet sand while taking a stroll along the Elbe riverbank in the town of Wedel on Friday evening, police said in a statement.

Mistaking the highly flammable substance for a piece of amber or other semi-precious stone, the woman placed the centimeter-long chunk in her pocket and moved on. 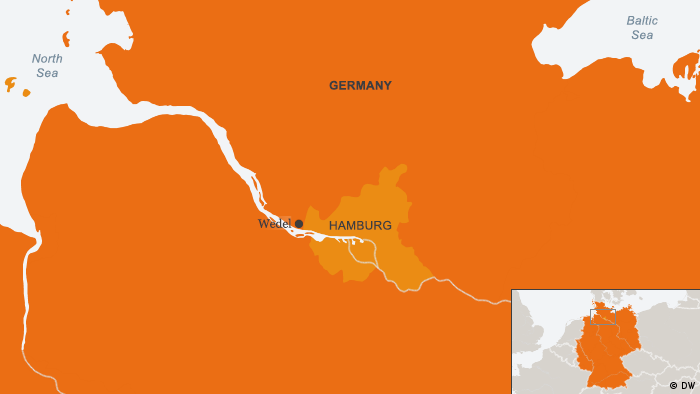 As the phosphorus dried, it came in contact with the air, igniting and setting fire to her jacket, authorities said. Other people nearby alerted the woman to the fact her jacket, which was lying beside her on a bench, was burning.

Although her jacket was severely damaged, the woman remained uninjured, the police statement said, adding that the material came from a World War II-era incendiary device.

Firefighters then scoured the beach looking for other phosphorus material, but could not find any other such "stones."

White phosphorus burns at 1,300 degrees Celsius (2,372 degrees Fahrenheit) and creates a fire that cannot be extinguished with water.

In their statement, German police advised other stone-gatherers to use special cans and containers to stow pebbles that they believe are amber.

Unexploded bombs left over from WWII are frequently uncovered in Germany, even 72 years after the end of the war. Phosphorus that washes up on German beaches can be frequently misidentified as amber.