Prosecutors did not press charges after Emily Hunt "woke up naked and terrified" next to an unknown man in a London hotel. She has since been seeking another path to justice. 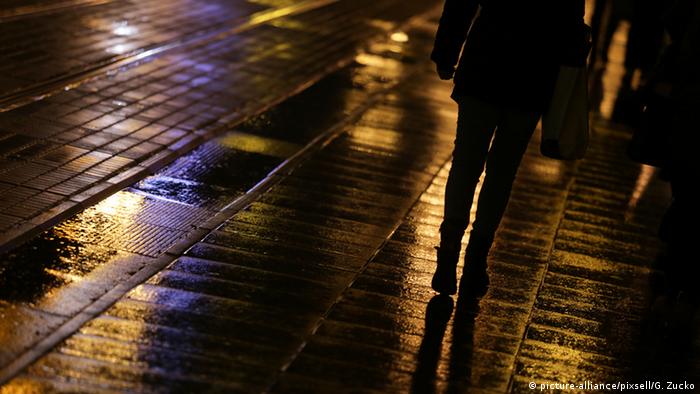 Emily Hunt — who waived her right to anonymity — started the funding campaign "Rape Should Be Prosecuted" in October after the Crown Prosecution Service (CPS), the English authority in charge of criminal prosecutions, said there was insufficient evidence to publicly prosecute the man.

According to the campaign's description, Hunt realized she had been drugged after she "woke up naked and terrified" in a hotel bedroom next to an unknown man in May 2015.

She told news agency BBC that she could not remember having sex with the man.

But Hunt said she eventually concluded she had been raped after police found used condoms in the hotel bedroom and a video recording of the man performing a sex act on her while she was "naked and unconscious."

CPS officials reviewed a toxicology analysis and CCTV footage showing Hunt and the man in the hotel bar on the night of the alleged attack. Yet they concluded that the evidence would not be enough for a rape case to hold up in court.

Hunt has since claimed that CPS carried out the toxicology analysis improperly. She has also said they did not interpret the CCTV footage accurately. "I was drugged. In the CCTV I'm literally falling over so it's very clear that I'm heavily intoxicated … It was impossible for me to have given consent," she said to the British daily Evening Standard.

Unable to press charges publicly, Hunt opted to pursue private prosecution through a hired lawyer and use GoFundMe to collect the necessary funds via online donations.

The campaign has so far outpaced Hunt's initial expectations, garnering £7,546 from 257 donors since it began 16 days ago.

She praised her backers in her most recent campaign update, saying: "My faith in people has been tested, and then seriously restored. Our supporters are the best people in the world."

"Rape Should Be Prosecuted" GoFundMe Campaign