A woman has been buried up to the neck and stoned to death by Islamist militants in the Somali town of Barawe. It lies in an area controlled by the al Qaeda-affiliated al-Shabab insurgents. 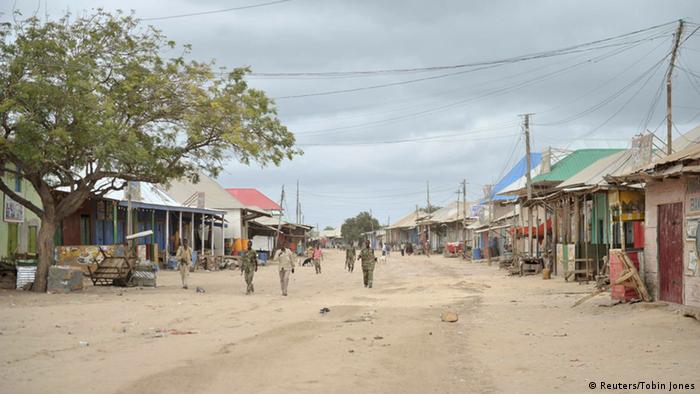 Witnesses in Barawe said on Saturday that a crowd of hundreds had watched Friday's execution. Safiyo Ahmed Jimale had been accused by an al-Shabab "judge" of multiple cases of adultery.

One witness told Reuters that the local governor had also observed the stoning in the southern coastal rebel-held town, 180 kilometers (115 miles) south of Mogadishu.

Al-Shabab still controls 30 percent of Somalia after being pushed back by forces of Somalia's UN-endorsed interim government, backed by African Union troops.

Buried and then stoned

Witnesses said the 33-year-old mother was buried up to neck in an open field and pelted with stones and rocks by men wearing hoods.

A man claiming to be a judge acting under a strict interpretation of Islamic Sharia law, Sheik Mohamud Abu Abdullah, reportedly told the crowd that Jimale had "confessed" to having three other "husbands," i.e. sexual relations with other men. In Al-Shabab's version of Islam, men are allowed up to four wives, whereas women may only have one spouse.

Somali RBC Radio reported that Jimale had previously separated from her true husband.

After the execution, her body was dug out and carried away for funeral prayers, said one resident.

Al Shabab, whose leader was killed in a US air strike early this month, bans many aspects of modern life. 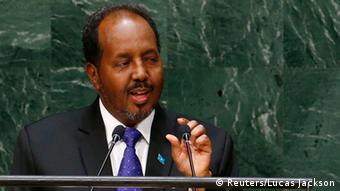 Its fighters have continued in recent months to stage hit-and-run style gun and grenade attacks in the capital Mogadishu.

At the UN General Assembly on Friday, Somalia's President Hassan Sheikh Mohamud appealed for a half billion dollars (394 million euros) in additional "life saving" humanitarian aid. He added that Somalia was "fragile, but we are no longer broken."

A funds appeal was launched in June, but President Mohamud said less than a third had reached Somalia and the situation remained "extremely critical."

Mohamud, who has led the Horn of Africa nation since 2012, said progress had been made in restoring peace and proclaimed his country "not a Somalia of failure."

Al Qaeda-linked militant group al Shabab has assassinated a Somali parliamentarian in Mogadishu as he left a mosque. It is the fifth killing of a lawmaker this year. (01.08.2014)

German federal prosecutors say Kenya has extradited back to Germany two suspected members of the Somalia-based terror group al-Shabab. Both are German citizens, while one also has Tunisian nationality. (21.09.2014)