Al Qaeda-linked militant group al Shabab has assassinated a Somali parliamentarian in Mogadishu as he left a mosque. It is the fifth killing of a lawmaker this year. 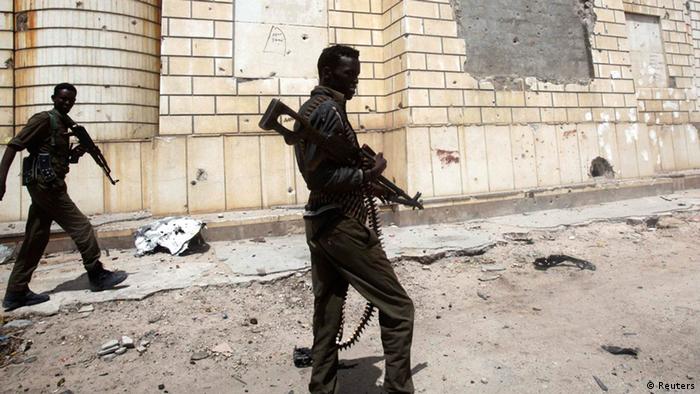 Sheikh Aden Mader was killed on Friday in Somalia's capital, Mogadishu, after militants blocked his car and sprayed it with bullets, witnesses said.

Mader was chairman of the parliamentary finance committee and a former minister in the Somali government. He is the fifth Somali parliamentarian to be killed this year.

Al Shabab militants claimed responsibility, saying they killed Mader for bringing "Christian enemies" to Somalia. This is a reference mainly directed to UN-backed African Union forces who are battling the group.

"This was a legitimate target, and he was killed on the orders of Allah," said al Shabab spokesman Abdiaziz Abu Musab, adding that the rebels planned to kill lawmakers "one by one" if they continued to support the government of President Hassan Sheikh Mohamud.

Witnesses described how Mader was gunned down outside of a mosque, in Mogadishu's Hamar Weyne district.

"When he started his car, gunmen blocked him with another car and opened fire on him," said Abdullah Osman.

"The gunmen then disappeared with their car," Osman said.

Of late, al Shabab has increased attacks on government officials and security forces in a bid to discredit claims by the authorities that they are winning the war in Somalia. The group wants to establish an Islamist state in the country.

The group's fighters fled the capital three years ago, and have since lost control of most big Somali towns to the African Union forces, which remain the backbone of security in the embattled country.

However, al Shabab has strongholds in vast areas of Somalia's rural hinterland, from where they launch guerrilla raids.

The group has also carried out attacks against regional countries whose troops form the African Union force, including in Kenya, following last September's attack on a mall in Nairobi which killed 67 people.