Wolves, Bears Make Comeback in Europe | Europe | News and current affairs from around the continent | DW | 28.08.2005

Bears in Switzerland, wolves in Germany. Wildlife that humans had once driven to extinction in Central Europe is making a return in the 21st century. The conditions for their survival in modern times look good. 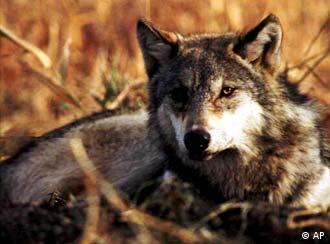 Are wolves making a happy return or just plain trouble for Germany?

The three hikers were absolutely certain. In the Swiss Alps, along the border with Italy, they sighted a brown bear through their binoculars -- the first one in the mountainous country since the last one had been killed in 1904.

As a result, of the sighting, hotel reservations in the Mustair valley region where the bear sighting took place have shot up: European tourists, many who would have to travel a long way to see the ursine creature outside a zoo, found another good reason to visit Switzerland.

Wildlife such as bears, wolves and lynxes that had been unwelcome, mostly by farmers in agriculturally heavier times, is welcome by environmentalists and even government officials. The Swiss government, anxious to attract the animal that gave the name to its capital, Bern, set aside land in the southeast of the country so that bears from a sleuth of some 20 in Italy would feel secure enough to wander across the border.

Conditions must be right 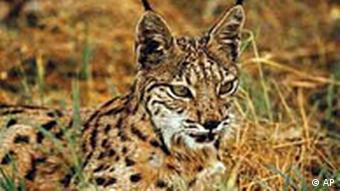 In preparation for a potential return of the bear to Switzerland, the wildlife group WWF, based in Gland, Switzerland, published a report that explained which two factors would make territory attractive for bears. Firstly, there must be enough distance from the bears habitat to human communities and roads. Secondly, the forest must offer enough food.

For wolves it isn't much different. They have returned to eastern regions in Germany because there they have sufficient space to raise their whelps and can find adequate amounts of food.

European farmers worry, though, that if numbers expand too quickly, the reintroduction of predatory animals such as bears, wolves and lynxes to Central Europe provides a large threat. For if there isn't enough natural prey, such as rodents or deer, then the supposed traditional food of choice -- sheep -- frequently are found on farms. Hunters, on the other hand, are concerned about the increased competition for deer.

At the moment, according to the Wild Biological Society of Munich, there is enough room in the southeast of Germany for 100 to 200 wolves. 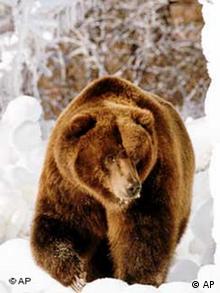 The shepherd and cowboy were not always able to protect their sheep from wolves in the past. A wolf expert from Germany's natural preservation society NABU, Gesa Kluth, has supplied farmers in the Lausitz region with tall electrical fences to protect their flocks.

Even farm-owner associations now have a more inclusive attitude towards wolves. Dieter Tanneberger, president of the association for private farmers, views them as a cultural treasure. And unlike a century ago, should a sheep be killed by a wolf, a farmer is insured.

But the Lausitz-based association has yet to receive a wolf complaint.

The thought of encountering a wolf or bear in the forest may send chills down hikers' spines but the chances are rather thin. In Romania, brown bears have recently attacked and killed three humans in a few days' time. Nevertheless, over half of all Germans feel that both humans and wildlife that originally lived in Germany can cohabitate peacefully according to a recent opinion poll. 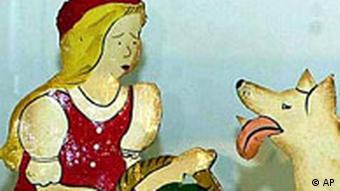 Wolves' reputations have been smeared in fairy tales, like "Little Red Riding Hood"

Experts say the word must be spread that wild animals only rarely kill humans, usually if a person strays too close to a wolf's or bear's cubs, and that they for the most part avoid contact with human civilization.

"The wolf isn't a mean animal like the one we are familiar with from fairy tales," said Bettina Langer from NABU. "They don't eat grandmothers."

While globalization has made it easier for people to move around the globe, flora and fauna are also travelling more these days. Germany is home to some 1,850 foreign residents from the plant and animal world. (Dec. 21, 2004)

Germany has more than 90 natural parks, 14 bio-spheres reserves and 13 national parks. One of them is the Müritz national park in Mecklenburg-Western Pomerania. (Sept. 15, 2004)

A new study on the effects of global warming shows more than half of European plant species are at risk, especially Mediterranean and Alpine plants. (May 24, 2005)