Wolfsburg have not wasted any time in replacing Julian Draxler. The Bundesliga strugglers have moved almost immediately for Yunus Malli, a key man for Mainz in recent seasons. 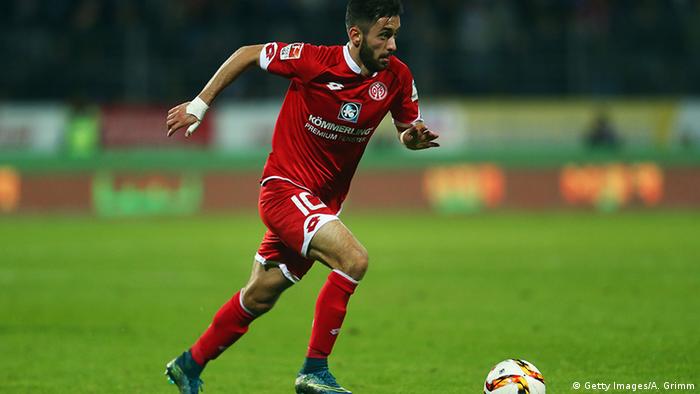 Wolfsburg have signed Turkish attacking midfielder Yunus Malli from Bundesliga rival Mainz as they bid to bolster their squad in a bid for survival.

Wolfsburg confirmed Malli, 24, signed a deal to 2021 after a medical on Thursday at the team's training camp in La Manga, Spain.

He will be presented on Friday with the No. 10 jersey vacated by Julian Draxler,who joined Paris Saint-Germain on Tuesday.

Malli scored 29 goals and assisted 19 in 129 league games for Mainz over the course of five and a half seasons, and was a major factor as they reached the Europa League last season.

Kicker reports Wolfsburg is paying 12.5 million euros ($13 million) and that a clause in Malli's contract permitted him leave for less in the summer, before Wolfsburg decided to move sooner.

Wolfsburg are only three points above the relegation zone and face fellow strugglers Hamburg in the first game after the winter break.