German Finance Minister Schäuble has welcomed calls from the European Commission that all EU member states aim to join the eurozone. However, he has urged all parties to heed the lessons from Greece. 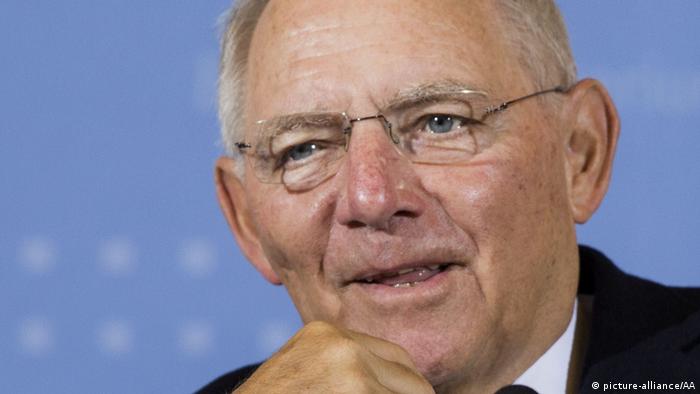 Speaking to German broadcaster ARD, Schäuble said he agreed, in principle, with Juncker's bold claim that all EU member states should phase out their national currencies and introduce the euro.

Juncker's annual State of the Union speech before the European Parliament on Wednesday "matches our fundamental European political visions," Schäuble said. However, he warned that the Commission chief's sense of pressure and urgency must not lead to member states entering the eurozone without meeting the financial prerequisites.

"The prerequisites must be met," Germany's finance minister stressed. "It is clear that countries must first be able to get by financially even with a stable, hard currency that they themselves can no longer devalue. If you do that too soon, you're in trouble," said Schäuble, referring toGreece's debt crisis.

Under the Lisbon Treaty, every member state is entitled to join the European Economic and Monetary Union (EMU) once they meet the necessary economic conditions. Juncker's proposal would see non-eurozone countries be obliged to join the single currency. Denmark and Sweden would be exempt, as they both voted against joining the euro in a referendum.

Nineteen of 28 EU states are currently part of the EMU.

Juncker also on Wednesday outlined plans to reform the eurozone, which included the creation of a European finance minister position and a European monetary fund, which would in effect take over the European Stability Mechanism in providing EU member states with financial assistance and bailout packages.

The proposals closely matched those outlined by French President Emmanuel Macron, who has argued that the euro needs its own, stronger institutions to prevent another debt crisis.

However, Macron's vision has prompted, at best, a tepid response from Berlin, which believes that fiscal restraint and structural reforms in the eurozone countries would suffice in avoiding a repeat crisis.

Schäuble on Wednesday labeled any sort of communitarization of debt as "poison for Europe," adding that "states must bear the consequences of their decisions."