For many Indian and Pakistani women, the chance to marry a foreign husband, and a possible new life in the West, sounds like a dream come true. Often, the reality is all too different. 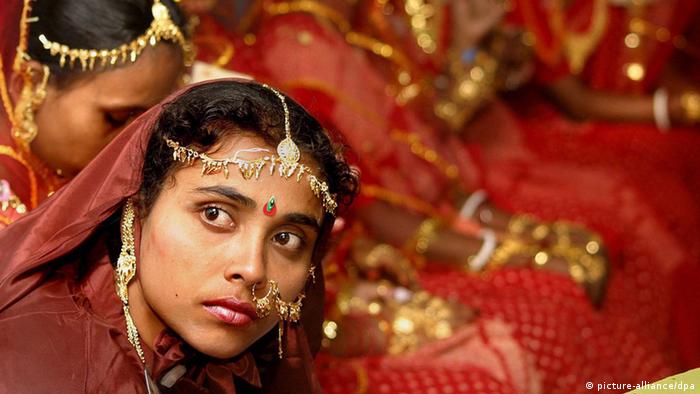 A foreign husband of Asian origin is considered a catch in India and Pakistan. Families associate it with improving their status in the society. And the women dream of fairytales in England and the US.

As far as many women from poor backgrounds are concerned, a marriage with a foreign national is the ticket to a better life. In reality, however, it turns into a nightmare for a significant number of them.

Sabah, the 24-year-old mother of a 14-month-old boy, was abandoned by her husband and is currently being supported by the local authorities in Britain.

"My husband's family proposed to me through a marriage bureau in Lahore," Sabah told DW.

"They seemed very nice and we soon got engaged. Six months later, the family came back to Pakistan and we got married and in the same month I conceived a child." It was only seven months after the marriage that Sabah finally got a visa and traveled to meet her husband in London. 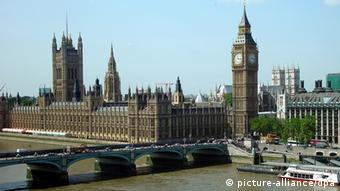 Upon her arrival, Sabah was harassed by her in-laws and husband for more dowries as payment for the marriage. Locked as a prisoner in her own home, she says that even phone calls to her parents were monitored.

She was abused and treated like a maid, being forced to do all the chores in the house even though she was carrying a baby. "My husband did not even accompany me to the hospital for my health check-ups. He was not even with me in the hospital on the day I delivered our son."

Sabah was not deported. She was taken back to Pakistan on the pretext of introducing their son to the extended family and relatives. Once there, she was persuaded to let the son accompany her husband for a day trip to the relatives. That very day, her son was abducted by her husband and taken back to London.

Hundreds of women like Sabah have fallen prey to the same strategy.

An estimated 50,000 women in India's central Punjab province alone are facing the same dilemma. Rani Bilkhu, director of the UK women's support organization Jeena International, told DW that figures about the number of cases in which children were involved were unavailable.

"We went to India on a fact-finding trip and we found out that British and Canadian men are increasingly abandoning their wives in India, especially in the Punjab," said Bilkhu. "All these women traveled abroad on spousal visas. Once the husband decides that he no longer wants the marriage, the spousal visas of the women are revoked." 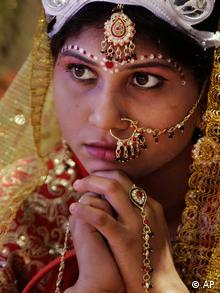 While it's a happy ending for some brides, the story is not always a joyful one

These women are considered social outcasts in their countries. "Because of the social stigmas related to honor and shame, women don't want to make a big deal. They think that their husbands will eventually come back to them." said Bilkhu.

Help from the embassy

The British embassy in Islamabad and the UK consulate in Mirpur, Kashmir, give advice to the women who want to return to the UK on matters such as where to stay, which organization to contact, and also help them with travel documentation.

"We will always offer assistance which is appropriate to the individual circumstances of each case," a British Foreign Office spokesman told DW.

Despite the help available, many women do not take advantage, Anne-Marie Hutchinson, an internationally-recognized English solicitor dealing with such cases, told DW.

"In the UK, the High Court has identified the issue and will make orders to assist but, as the victims are overseas, its very hard for them in practical terms to get help and get legal advice. Often they are in remote areas and have no money."

"The spouse from overseas is normally dependent on the husband and his family for their immigration status, thus giving him complete control," said Hutchinson. "They often put up with abuse because of fear that they will be deported."

Young Asian men living abroad are often coaxed into marrying girls by their families while they are on a holiday in their home countries. Activists say that most of these "holiday grooms" are raised in a Western environment and are not open to the idea of marrying a woman who is very traditional, but they often relent and give in to their parents' wishes. However, many never take their new brides to the West.

Bilkhu explains "There are many diverse reasons for this behavior, such as coercion, forced marriage by the groom's family, sexual desires, and sometimes even financial gain."

The British government has to deal with men who misuse the welfare system by claiming benefits for their wives, which they have already dumped. 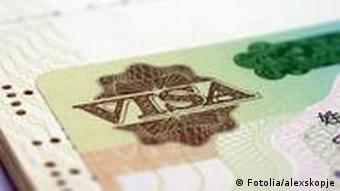 British politician Baroness Shreela Flather is an outspoken critic of such behaviour. "Some men have multiple wives living with them," she told DW. "The wives are registered in separate households by these men so that get money for each of them."

In India, two laws have been introduced to combat the issue of abandoned wives and multiple marriages, including the Compulsory Registration of Marriage Act for NRIs (Non-Resident Indians).

"This first of its own kind law would tighten the noose around fraud marriages, as it would be mandatory for the NRIs to register their marriage, complete details about their lives abroad and their address in India," Indian public relations minister Bikram Majithia said.

In Indian Punjab, the Prevention of Human Smuggling Act makes it compulsory for travel agents to register with Punjabi authorities. Meanwhile, the Punjabi government has cracked down on hundreds of overseas grooms invoking legislation that allows for the confiscation of the passport if a person has criminal proceedings pending against him.

India is the fourth worst place to be in for mothers among 80 less developed countries, according to a major international report. Early marriage and lack of education are highlighted as contributing factors. (11.05.2012)

India's first court dealing exclusively with crimes against women has been inaugurated in Calcutta. But campaigners think it will do little to change entrenched misogynist attitudes. (24.01.2013)

More and more women in Pakistan are fed up with gender inequality. They have started to demand more rights. In 2006, a law was passed to improve their situation, but the legislation has yet to be implemented. (26.09.2012)