Will the German election alter European policy? | Germany | News and in-depth reporting from Berlin and beyond | DW | 25.09.2013

With their vote, Germans have shown their support for Chancellor Merkel's handling of the European financial and debt crises. But there could be some changes there and in other policies. 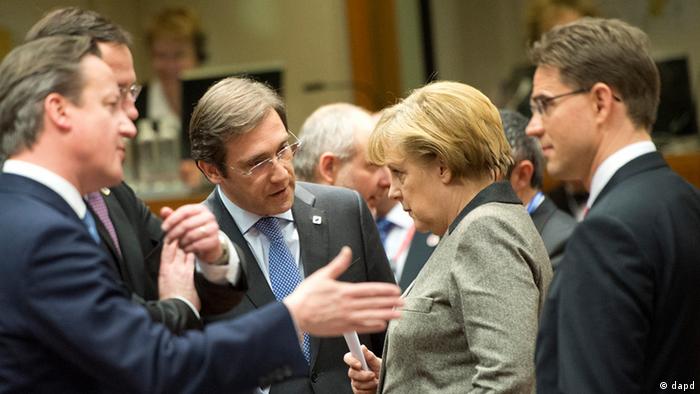 One thing is certain: Angela Merkel was the most important leadership figure in the Brussels arena even before the German federal elections. And her position now is even stronger following her election victory.

Often against fierce opposition, she has sworn support in return for reform to overcome the crisis in Europe. And the many Germans who voted for her have sent a powerful signal that they agree, according to Janis Emmanouilidis from the Brussels think tank European Policy Centre.

“The basic course - we need to consolidate and reform and provide support in return for change - is not going to change,” Emmanouilidis told Deutsche Welle.

Many decisions in Brussels had been put on hold until after the German elections, including whether Greece should be given more time to pay off its loans. The elections are no longer an excuse not to take action. 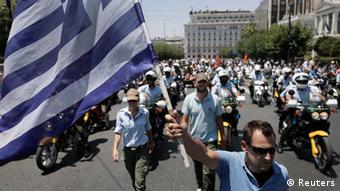 The demonstrations continue in Greece

The choice of coalition partner for Merkel's Christian Democratic Union (CDU) and its Bavarian sister party, the Christian Social Union (CSU), is also important for European policy. Her former coalition partner, the Free Democratic Party (FDP), was more stringent than the union in dealing with the European crisis countries.

Both the Social Democrats (SPD) and the Greens, which could be possible coalition partners, prefer to weaken the austerity measures and pursue government-driven stimulus programs. Emmanouilidis believes a milder austerity policy for the crisis countries will prevail eventually. “If these countries don't get back on their feet economically, then this policy won't work,” he said.

Ahead of the elections, Merkel had indicated she was prepared to make some concessions with these countries. If the SPD were to enter into a coalition - a move that many experts think is highly likely - the new German government could tackle some issues previously blocked by the FDP. One of them is the financial transaction tax, which the SPD supports.

The Social Democrats remain reluctant. “We paid dearly as a junior coalition partner in the past so we really need to think about this,” said Jo Leinen, a Social Democratic member of the European Parliament. But his party leader in Strasbourg, the Austrian Hannes Swoboda, is calling on his party colleagues in Berlin to join a grand coalition. “German urgently needs social democratic influence in government to implement progressive reforms in Europe,” he said. 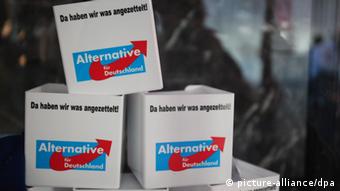 The AfD party was nearly voted into the German parliament

Leinen believes the SPD needs to “sell itself expensively.” And the “price,” he argues, has to be a “policy of growth” at the European level. But that could be difficult if the next finance minister remains the Wolfgang Schäuble. Although Schäuble has told German media that he supports “more growth and more jobs,” he remains opposed to a policy that would finance both through more debt. “Higher deficits are not the solution and only exacerbate the problem” he told the newspaper “Leipziger Volkszeitung.”

The CDU/CSU is under pressure. The Alternative for Germany (AfD) party almost mustered enough votes to enter German parliament. The party, which was founded only several months ago, opposes the European rescue policy, which it believes is selling German interests, and is calling for a return of the national currency.

'AfD is the payback'

Leinen believes the AfD has benefitted from the confusion about the European crisis. “People in Germany know precious little about European policy and especially the euro crisis,” he said. “Merkel and the other parties have simply avoided discussing these issues with voters, and the AfD is the payback.”

With an eye to the AfD, Markus Ferber, chairman of the CSU group in Strasburg warned that an exit of the crisis countries from the euro would be an irresponsible risk that would jeopardize the stability of the euro and success of the German export economy.” The European Parliament has already taken a “grand coalition” stance on this point, he added.

Just a few seats short of a majority, Chancellor Angela Merkel has said she's ready to begin coalition talks with the center-left SPD. But with animosity on both sides, it's not quite clear who will be courting whom. (23.09.2013)

DW special on the German elections