Will Qadri′s hanging lead to blasphemy law reforms in Pakistan? | Asia | An in-depth look at news from across the continent | DW | 29.02.2016

Will Qadri's hanging lead to blasphemy law reforms in Pakistan?

Mumtaz Qadri, the murderer of former Governor Salman Taseer, has been hanged in a prison in Rawalpindi. Is Qadri's death a victory for anti-blasphemy law campaigners or will it fuel more religious violence in the nation? 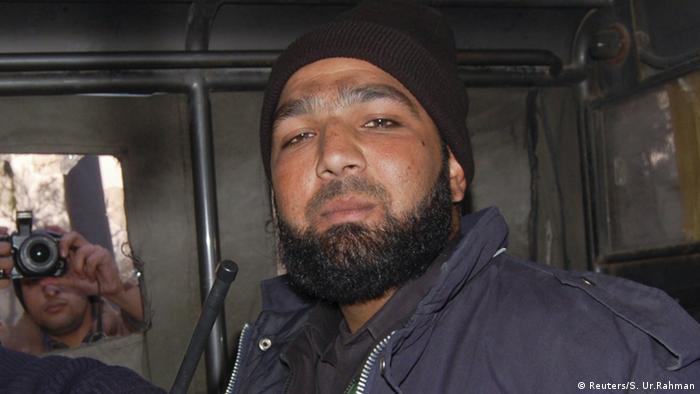 "I can confirm that Mumtaz Qadri was hanged in Adialia jail early Monday morning," police official Sajjid Gondal told AFP news agency. Liberals and rights campaigners in Pakistan had been waiting for this news for over five years.

For them it was a test case for the state - whether it would punish the assassin of the former governor of the Punjab province, Salman Taseer, or would it bow to the immense pressure from the South Asian nation's powerful religious groups to pardon him.

Qadri shot Taseer 28 times in broad daylight in Islamabad on January 4, 2011, and was sentenced to death in October the same year. Qadri, who was Taseer's bodyguard, showed no remorse over the killing. He said he murdered the former governor for his efforts to amend the country's blasphemy laws. He was showered with rose petals by the right-wing groups as he was taken to jail by the authorities. Subsequently, some mosques were named after him, and huge portraits of him were erected across the country.

Qadri's death sentence had been upheld by the country's Supreme Court and his lawyers had appealed to the president for clemency, which was ultimately rejected by the ceremonious head of state. But Qadri's case was not merely a judicial matter; it carries severe political and social implications for a country battling homegrown Islamic extremism. It was not just about Qadri or Taseer but about the future of the Pakistani state, say observers. 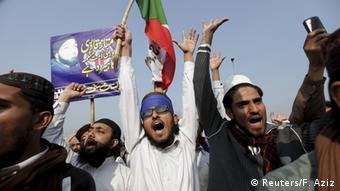 Blasphemy is a sensitive topic in the Islamic Republic of Pakistan, where around 97 percent of its 180 million inhabitants are Muslims. Rights advocates have long been demanding reform of the controversial blasphemy laws, which were introduced by the Islamic military dictator General Zia-ul-Haq in the 1980s. Activists say the laws have little to do with blasphemy and are often used to settle petty disputes and personal vendettas.

"It is some consolation for the countless victims of the blasphemy laws, the country's minorities," Ali Meer, a resident of Pakistan's eastern Lahore city, told DW. "I am not particularly in favor of the capital punishment, but I wanted to see Qadri hanged. You cannot allow individuals and groups to challenge the authority of the state," he added.

Support for Qadri and blasphemy laws

But people like Meer are in a minority in Pakistan. For a majority of Pakistanis, blasphemy is a punishable crime and many believe that Qadri didn't do anything wrong by killing Taseer. That is why the news of Qadri's hanging was received with grief and anger by his supporters, with Islamic groups taking to the streets across the country.

The executed man was convicted of killing the governor of Punjab province over the politician's call to reform the country's strict blasphemy laws. (29.02.2016)

Lawmakers in the Punjab province have agreed on a historic bill to prevent violence against women. The bill, which aims to establish hotlines and shelters, will have to be signed by the governor before it becomes law. (25.02.2016)

Observers say the protests are likely to intensify in the coming days. And the protesters in Islamabad are even demanding Prime Minister Nawaz Sharif's resignation over Qadri's hanging.

"The protesters are chanting, 'Qadri your devotees are countless and your sacrifice will not go in waste,'" DW's Islamabad correspondent Shakoor Rahim said. Security has been beefed up in major cities, including the capital Islamabad, Rahim reported.

Experts say that right-wing groups fear that Qadri's hanging would set an example and could lead to amendments in the blasphemy laws and the secularization of the country.

Arshad Mahmood, an activist based in Islamabad, lauded Prime Minister Sharif and his government for not pardoning Qadri. "I am glad that Sharif didn't succumb to the pressure from religious groups, who are extremely powerful in Pakistan. The hanging will yield positive results for the future of the country," Mahmood told DW.

But Fareed Ahmad Pracha, a leader of Pakistan's right-wing political party, the Jamaat-i-Islami, says they won't allow even a slight amendment to the blasphemy law. "We just want to say that the law should be enforced properly, there should not be any change made to the blasphemy law. We will not tolerate or accept this," he told DW, adding that if you make way even for a single change in the law, then there will be a number of changes.

'A loud and clear message'

Meanwhile, international rights groups had opposed the death penalty for Qadri, with a number of analysts arguing that the executions of terrorists and criminals won't resolve the issue of extremism in Pakistan.

"You can't defeat violence through violence, through hangings. It will further polarize and militarize the society. I fear that Qadri's hanging will have a huge backlash and it will become even more difficult to reform the blasphemy laws," Islamabad-based analyst Abdul Agha told DW. 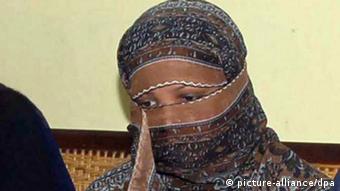 Governor Taseer was shot for taking up the cause of Asia Bibi, a Christian woman who has been languishing in jail since 2009 over blasphemy charges

The analyst stressed that the main issue was not Qadri's death, as many liberals in Pakistan like to believe, but justice for Asia Bibi, a Christian woman who has been languishing in jail since 2009 over blasphemy charges. "Taseer was advocating for Bibi, and that should have been the focus of our campaigns, not Qadri. She is still in jail, and that is a victory for the right-wing groups," Agha underlined.

Nevertheless, Bilal Warraich, a UK-based lawyer, says that despite his opposition to the capital punishment, he would like to make an exception in Qadri's case: "This execution has sent a loud and clear message to Qadri's supporters. These draconian blasphemy laws give a license to kill. Qadri's hanging shows that the state is not ready to allow it. It is a great day in the history of Pakistan," Warraich told DW.

Karachi-based filmmaker Sabeen Agha says the demand to change blasphemy laws will intensify after Qadri's hanging but it won't be a "smooth sail."

"This is a first milestone, and obviously a message to all parties involved in the blasphemy debate," she said.

A Christian couple in Pakistan is set to be freed after spending seven years on death row over blasphemy charges. Their acquittal comes after EU pressure.