Will Mindanao referendum bring peace to Philippines′ restive region? | Asia| An in-depth look at news from across the continent | DW | 05.02.2019 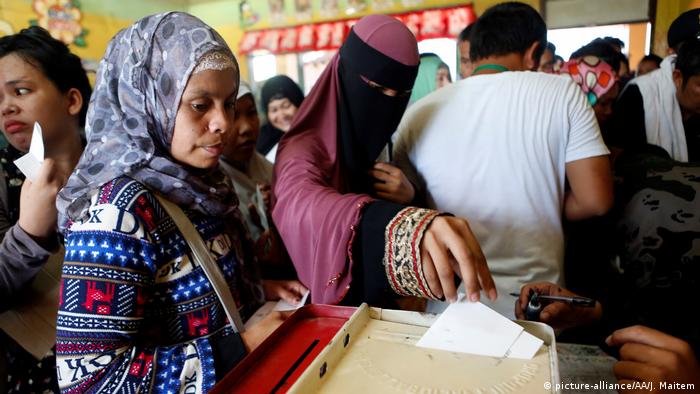 Meccah Samanodi, 24, cast her vote at Vilo elementary school, a short walk from Notre Dame University in Cotabato city, where she is a faculty member. "I voted in favor of Cotabato city becoming part of the Bangsamoro Autonomous Region in Muslim Mindanao (BARMM) because I believe in my heart having this new region will finally resolve the injustices inflicted upon the Bangsamoro people over a long period of time," Samanodi told DW.

She voted "yes" in the January 21 referendum, but said she fully understood those who made a different choice. "Many people in my city worry we are risking our economic prosperity, security and progressive spirit. It will take time for everyone to feel good about the outcome. Nevertheless, we need to give peace a chance. Hopefully, the new Bangsamoro will live up to its potential."

Cotabato city was the administrative capital of — but not officially part of — BARMM's predecessor, the Autonomous Region in Muslim Mindanao (ARMM). Twice before, the city's inhabitants voted against joining ARMM, which is generally considered a "failed experiment" because of accusations of corruption and mismanagement and too much reliance on the national government in Manila.

On February 6, voters in Lanao del Norte province and North Cotabato will also get a chance to decide on whether they want to be part of the new autonomous region. The Bangsamoro Organic Law (BOL) will remain ratified regardless of the outcome of the referendum in those areas. 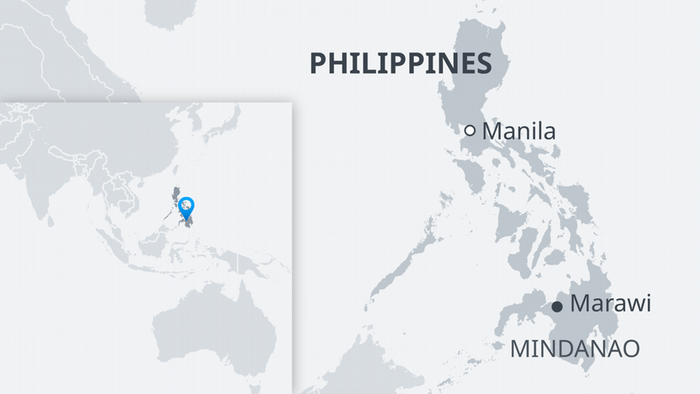 "With the ratification, I expect the state of the economy and the quality of our education system to improve," Sema told DW. He is hopeful that respect for human rights will increase too. "Discrimination should stop, as well as violence, corruption, and factionalism," he said. The youth worker thinks the BARMM will be good not just for Mindanao, but for the country. "If we can eradicate war on our island, the entire Philippines will be different. Tourists will be able to see how beautiful Muslim Mindanao really is," he added.

Just a few years ago, Sema's hopes for a better future would have been called utopian, but the referendum has changed the narrative about peace in Mindanao. At the core of this new thinking is the fact that the BARMM will have significantly more executive, legislative, and fiscal powers than its forerunner.

Talking to DW, Mussolini Sinsuat Lidasan, member of the Bangsamoro Transition Commission (BTC) and executive director of the Al Qalam Institute, reflected on what expanded autonomy could mean for the region. "The Philippines is an archipelago made up of thousands of islands. Naturally, some issues, like school funding, health care and infrastructure are best dealt with at a local level. The BARMM's political autonomy will allow for more regional solutions to regional problems," he said.

Furthermore, he said, "Mindanao has been waiting for BARMM and so has the BIMP East Asia Growth Area (EAGA). The Bangsamoro could enhance economic development and strengthen the cultural integration and security in the area which will help to combat terrorist organizations that use this open space to recruit new members and plan and execute attacks."

The Muslim-majority political entity will also have the funding to potentially meet the expectations held by the more than 1.7 million Muslims, Christians, and IPs who cast their vote in support of it. For 10 years, it will receive 5 billion pesos ($95 million, €83 million) annually in government subsidies.

Hopes are running high, but Lidasan worries that people are not mindful enough of the work still to be done. "As soon as the government appoints the Bangsamoro Transition Authority, the three-year transition period kicks in. During that time, a huge amount of legal, personnel, fiscal and other issues still have to be taken care off. There has to be a leveling-off of expectations,"  he told DW.

A history of resistance

Many in the Bangsamoro have pinned their hopes on the BARMM to finally produce a pathway to lasting peace in Mindanao — one that has been centuries in the making.

For more than 300 years, the Islamized peoples of the Philippines, also called "Moro," fought against the Spanish colonial occupation. The colonizers were never able to fully penetrate Mindanao where the influential sultanates reigned. After Spain ceded the Philippines to the United States, the latter created a Moro province.

Historian Sharon Bulaclac from Mindanao State University (MSU) in Marawi points to a series of events that followed which would marginalize the Moro reducing them to a small minority in Mindanao. "In 1903, the government declared null and void all land grants made by traditional leaders without government consent. This Public Land Law was discriminatory to non-Christians and favorable to homesteaders and corporations. It opened up Mindanao to resettlement and corporate investments and it displaced many of the original inhabitants. When Filipino independence finally came after World War II, Moro leaders unsuccessfully petitioned the United Nations asking to remain under US governance in an attempt to regain land rights and preserve their right to self-determination."

The MSU teacher acknowledges the historical significance of the referendum but it has left her with mixed feelings. "In many ways, BARMM, like its forerunner, is an experiment. Everything looks good on paper but it will be up to the people to make a success of it."

A transition to self-rule

A dual bombing targeting a cathedral in Sulu — a Muslim-majority island south of Mindanao — and killing at least 20 only days after the referendum in January, was a grim reminder of the lingering threats to peace in the southern Philippines. Sulu voted "no" in the referendum, but will still be included in the new autonomous region because it's already a part of the ARMM.

Making violent attacks such as this one a thing of the past is exactly the reason why 40-year-old community worker and former teacher Jehan Usop from Cotabato city decided to vote "yes." She cast her vote in the Datu Ayunan National High School, northeast of the city proper. "If you claim to be a Bangsamoro and you see violence, kids uprooted from school, and people fleeing from their homes, you can't say 'no,' you can't just sit on the sidelines and watch," Usop told DW.

That spirit of change will have to go a long way, as the 80 members of the Bangsamoro Transition Authority (BTA) are expected to be appointed in the coming days or weeks after which three years of transition will start. MILF chair Murad Ebrahim is expected to head the BTA which will serve as the interim government until the first elections in 2022. Lidasan says the members of the BTA will have to be "superheroes" to get all the work done in time for the transition. And there are still a lot of blanks to fill in. "They have to set up a transitional justice system to settle land disputes and unresolved conflicts," Lidasan mentioned as an example.

The Philippine government has "liberated" the southern city of Marawi from Islamist extremists. But does it also signal the end of "Islamic State"-inspired militant groups in the country? Ana P. Santos reports. (26.10.2017)

A Muslim minority in the southern Philippines is voting in a referendum on the establishment of an autonomous region. The poll is aimed at ending decades of unrest in the predominantly Catholic nation. (21.01.2019)

WorldLink: Fighting back against Islamic State in the Philippines