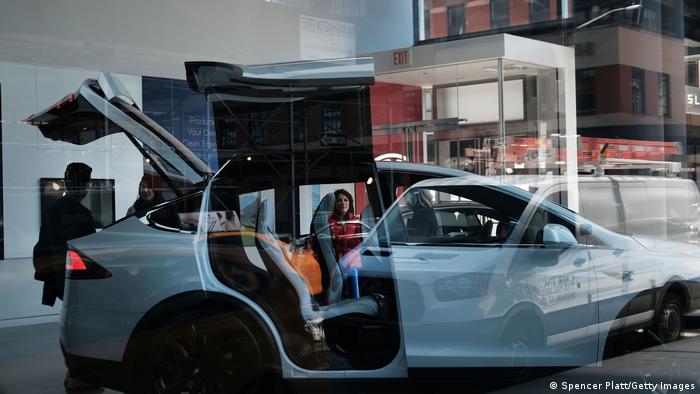 Instead of building a network of dealerships, Tesla has opened stores in shopping malls and stadia

Searching for a new or used car online is as ubiquitous as the internet itself, but actually placing the order online? That's a whole different story.

At present, just 2% of all car sales in Europe and the United States are completed online, according to an estimate from UBS. The Swiss banking giant predicts, however, that within just eight years, half of all vehicles will be bought that way.

By 2030, tens of millions of buyers will click the order button without first visiting a car dealer, according to UBS, with many not even seeing the vehicle beforehand. The COVID-19 pandemic has also made consumers more open to the idea, it says, while new technology and the energy transition will make it easier to make large purchases like a car online without major hiccups.

Electric car makers like Tesla and Rivian have taken the lead in auto e-commerce. They've mostly done away with traditional dealerships, opting instead to rent space in shopping malls and stadia to allow prospective buyers to view their vehicles before ordering online. Luxury carmakers increasingly rely on 360-degree videos, and even virtual reality headsets, which allow buyers to practically test-drive cars from their couches. 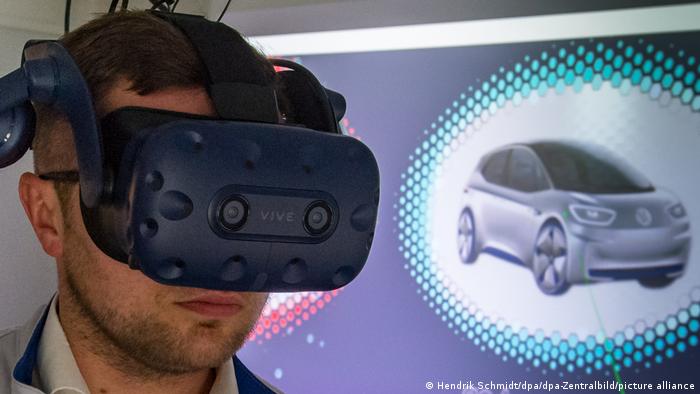 Berlin-based auto analyst Matthias Schmidt described how the car market is undergoing a "clickification," partly because electric vehicles have far fewer options than combustion engine models which makes them easier to sell online.

As the likes of Tesla have shown, the "customization that was traditionally done at car dealerships before the purchase process can now be done online via various configurators," he added.

Schmidt agreed that the move to buying cars online will likely accelerate now that the European Union had proposed to make it illegal to sell non-electric vehicles by 2035. Germany's government, in its coalition deal sealed last November, agreed to phase out sales of combustion engine vehicles ahead of the suggested deadline set by Brussels.

Traditional automakers, like BMW and Ford, have also started to move away from having franchise networks of physical dealerships, stepping up online selling, and utilizing existing dealers as agents.

UBS predicted that by 2030, around $50 billion (€47.5 billion) of costs can be saved from what it calls the automotive distribution ecosystem, which the bank said would benefit dealers and manufacturers. The report said while dealers may lose market share to the many new online car platforms, they will benefit from lower sales costs.

But the bank also warned that the transition to electric could lead to lower vehicle ownership overall, due to the potential for more car sharing. That would mean fewer transactions.

The transition to online will also allow carmakers to offer subscriptions, like Tesla with its autopilot capabilities, or firms that offer all-inclusive insurance, charging points and maintenance deals.

"Manufacturers are increasingly looking to move that profit center away from the showroom and invest it into digital services where products can be constantly purchased and updated, not just on the day of ordering the vehicle," auto analyst Schmidt said.

"Some options can also be used in a similar manner to Netflix where a subscription is paid each month and can be canceled at any time, where the selected option (navigation system for example) will be removed," he told DW.

Other auto industry players experiencing huge growth are the online used-car platforms like Carvana in the US and Auto 1 in Europe. Last year, Carvana launched a next-day delivery service in more than 300 US cities and achieved sales of more than 425,000 vehicles. Germany's Auto 1 has expanded to 30 countries and sold nearly 600,000 cars in 2021, bringing in revenues of €4.8 billion ($5.05 billion).

UBS noted that two other European startups launched initial public offerings (IPOs) recently, focused on auto e-commerce, namely Aramis and Cazoo. Several other smaller platforms have launched in recent years, while dozens of auto-classified websites — some of which date back to the days of print-only — also have the opportunity to reinvent themselves, becoming full e-commerce platforms.

The UBS report warned that consumers would need to feel as comfortable buying vehicles online as they do ordering consumer electronics and household appliances, where, in the UK, more than half of purchases are made online.

UBS compared how British consumers bought products online, with cars making up just 2% of all sales

But questions remain about whether the Tesla model will scale for the entire auto sector. While early adopters of electric vehicles may be open to completing their purchases online, less tech-savvy buyers may be unwilling to forego the human interaction.

Data from UBS Evidence Lab suggests consumers across five markets are ready for the transition, with a fifth of respondents saying they had already purchased a car online and nearly two-thirds saying they were willing to do so.

However, separate data published last week by Deloitte suggested that buyers still prefer to purchase in person. The accountancy firm found that willingness to buy online was between 3%-6% in the US, China, Germany and much of Asia, while in India the figure was 10%.

Where consumers were open to buying virtually, they still preferred to buy from an authorized dealer over a manufacturer or third-party retailer, Deloitte found in its survey of 26,000 people in 25 countries, meaning that automakers and the online platforms may have some distance to travel to build up consumers' trust.

What will the future of car design look like?