After the resignation of Jens Weidmann as the head of the biggest central bank in the eurozone, Joachim Nagel is now the man at the helm of the Bundesbank. Will he change its traditionally hawkish monetary policy? 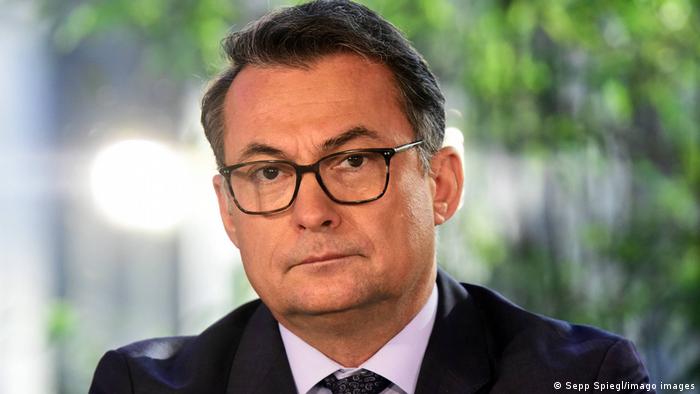 Joachim Nagel now heads the central bank after the head of Germany's Bundesbank. Jens Weidmann announced in October that he would step down as president at the end of 2021 — a staggering five years before his term in office was supposed to end.

Nagel, 55, who was nominated by German Chancellor Olaf Scholz, has a pedigree of working with big financial institutions like the Bundesbank, where he's already spent 17 years of his career — six of which as a member of the central bank's board.

Nagel was senior economist at the Bank for International Settlements (BIS) in Basel, which, in the world of finance, is referred to as the central bank of central banks. There, he's the deputy head of the institution's banking unit.

Nagel joined the executive board of Germany's state-owned development and investment bank, KfW, in 2016, where he stayed on until the switch to BIS in 2020.

"It should be assumed that he feels close to the good old Bundesbank tradition," Carsten Brzeski, chief economist at ING Bank, told DW — in a nod to Germany's ongoing resistance to weakening the ECB's policy rules. 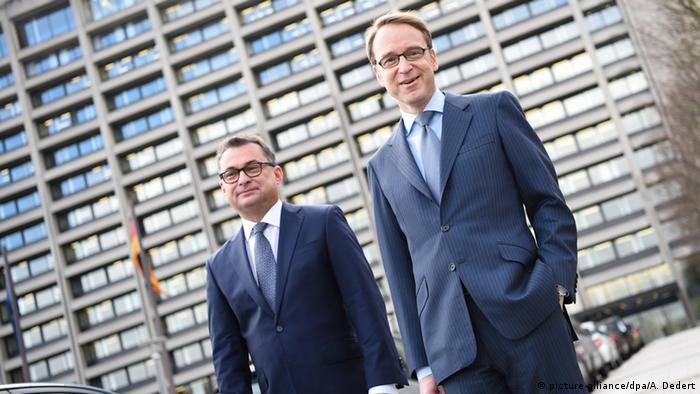 Rise through the corridors of power in finance

Nagel is a well-known figure on the stage of global finance. His job at lender KfW gave him plenty of experience, which he was able to expand in various positions at the Bundesbank.

Nagel's early central bank career began in Hanover in 1999, when he started out as chief of staff of a head of one of the Bundesbank's regional branches. In 2003, he moved to the bank's headquarters in Frankfurt. At the beginning of the financial crisis in 2008, he became head of capital markets and two years later a board member responsible for international relations and IT.

"How an organization like the Bundesbank works inside is extremely important to know," Michael Schubert, monetary policy expert at Commerzbank, told DW, saying Nagel was known for finding good compromises. With regard to monetary policy, he's walking in Weidmann's footsteps, Schubert added.

Another German ECB watcher, Friedrich Heinemann, thinks the new Bundesbank chief will toe the central bank's traditionally hawkish line, but without becoming too ideological about it.

"Under Nagel, the Bundesbank will maintain and develop further the rules-based policy of price stability and solid state finances enshrined in the Maastricht Treaty," the researcher at the ZEW institute in Mannheim told the news agency Reuters. 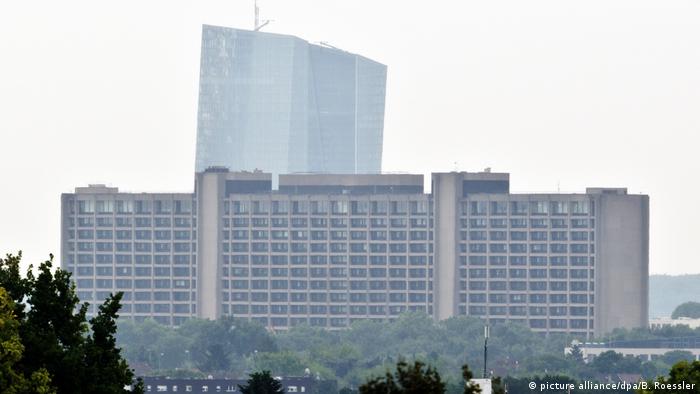 Will the long battle between a dovish ECB and the hawkish Bundesbank (front) change under Joachim Nagel?

Who was also in the running?

It may be exactly this flexibility that could make Nagel an ideal choice for the new German government that is made up of the center-left Social Democrats (SPD), the environmentalist Greens and the neoliberal Free Democrats (FDP).

"All three parties of the new 'traffic-light coalition' can live with him very well," said Commerzbank analyst Schubert, adding, however, that Nagel is an SPD cardholder and his party had first-pick rights to the post. All three parties had to agree for the candidate to go through. A more dovish candidate advocating to loosen monetary policy even more may have met with stronger resistance from the FDP, he argued.

Also in the running for the Bundesbank top job was Marcel Fratzscher, the head of the DIW economic think tank in Germany. He used to work as a researcher in the ECB, but was lacking the credentials of having run a big financial institution. In addition, his softer views on monetary policy may not have passed muster with the FDP.

Two other contenders who were previously seen as strong favorites to succeed Weidmann were Isabel Schnabel and Jörg Kukies.

Schnabel, who is a member of the ECB's executive board, would have left the new government with the difficult task of finding another woman to replace her at the ECB. And Kukies — a state secretary in the German Finance Ministry — is a confidant of Chancellor Olaf Scholz and his chief economic adviser in the Chancellor's Office.

This article was orginally written in German. It has been updated to reflect the confirmation of Nagel's nomination.