Less than 10,000 PEGIDA members have rallied in Dresden despite Dutch populist Geert Wilders holding a speech in the eastern German city. Wilders called members of the anti-Islamization group "heroes." 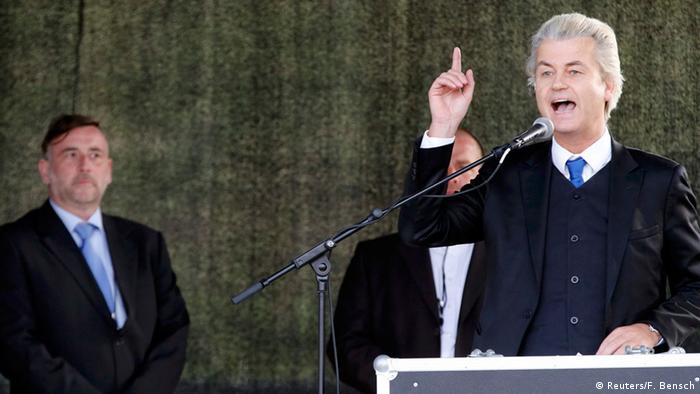 Organizers of the PEGIDA demonstration were expecting more than 30,000 supporters to be present at an anti-immigration rally on Monday in Dresden. Instead, only a little more than 7,000 people made to the protest march, despite Dutch far-right leader Geert Wilders (pictured above, right) holding a speech and pledging loyalty to the anti-Islamization movement.

Speaking in German, Wilders praised PEGIDA supporters, calling them "heroes," because they defended Western culture. Wilders, who is openly against Islam, said the religion did not belong to Germany.

The Dutch politician spoke for 25 minutes before leaving the venue for the airport.

Earlier, leaders belonging to the Social Democrats (SPD), the leftist party Die Linke and the Greens, including students and members of foreigners' councils, organized protest marches in Dresden calling for "Diversity instead of narrow-mindedness."

PEGIDA, an abbreviation of "Patriotic Europeans against the Islamization of the West," is a group of people who believe European culture and values are under threat because of increasing immigration from Islamic countries.