WikiLeaks clones popping up in Europe and beyond | Science| In-depth reporting on science and technology | DW | 28.12.2010

The perceived successes of WikiLeaks have catalyzed would-be whistle-blowers to launch their own crusades for transparency. The most recent is PirateLeaks.cz, launched by the Czech Pirate Party. 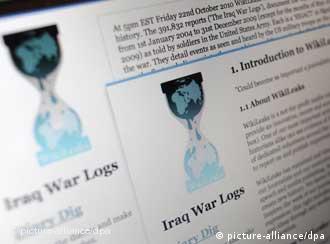 In the aftermath of the latest releases of information of secret documents by the infamous WikiLeaks, a crop of clones have popped up in Europe.

One has been seeded by ex-WikiLeaks staffers, others were simply inspired by the original, but all of them want to make a difference.

WikiLeaks clones include the forthcoming OpenLeaks in Germany, with former WikiLeaks staffer, Daniel Domscheit-Berg at the helm.

OpenLeaks aims to democratize the process of leaking information and whistle-blowing and support the introduction of new legislation defending the rights of whistle-blowers.

Other such websites include BrusselsLeaks.com, BalkanLeaks.eu, Rospil.info and IndoLeaks.org, each hoping to blow the lid on corruption and secret documents in the European Union, the Balkans, Russia and Indonesia respectively. 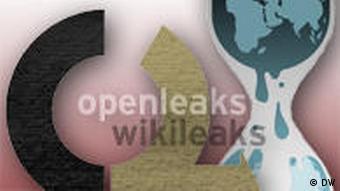 Other sites, such as OpenLeaks in Germany plan to tackle transparency

Pirates of the Czech Republic

In a café in Prague, the public face of another secret whistle-blowing website demonstrated such a product to Deutsche Welle.

The Czech Pirate Party announced earlier this month that it had created a new secret-leaking site called PirateLeaks and it aims to do the same thing as WikiLeaks, only focusing in the Czech Republic.

The aim of the site is to encourage transparency in Czech government.

"Our sources are people who work with documents in the authorities, are journalists who are afraid to publish these documents because of political reasons, and are simply members of the public," spokesman Jakub Michalek said.

The creators of PirateLeaks will be hoping all those sources supply them with evidence of corruption.

The small amount of information released since this week's launch hasn't exactly rocked the Czech political establishment – though the site has ruffled a few feathers, Michalek added.

"The politicians are afraid to say that this is a bad thing, because we are working exactly in accordance with the law," he said. "But on the other side there were also reactions like, 'this is outrageous, this should be banned, the site should be closed immediately.'" 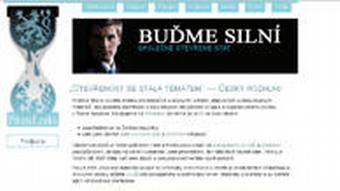 Members of the media who have been reporting on corruption within the Czech Republic welcomed the new site.

"I think it's very good that we have another source of information, one that is setting as its goal finding documents that are normally not available," Prague-based journalist Erik Best told Deutsche Welle.

"And I think with the impetus, with the excitement in the West and all over the world with WikiLeaks, that connection is going to be a big benefit for the site."

PirateLeaks next goal is to locate its servers in Sweden, with either a fellow pirate organization or PRQ, the same hosting service that maintains WikiLeaks' servers there. PRQ prides itself on requiring hardly any personal information from its clients.

"We would like to move to Sweden or a different place that is much safer, as soon as possible," Michalek said.

"Because the services that we can get in Sweden with a pirate ISP, or the PRQ company, are much better, we can get a safer connection. Things can be with more anonymity than we can get here in the Czech Republic."

Sweden's Pirate Party, which already hosts the controversial site The Pirate Bay, could act as a safe harbor to Wikileaks, especially if the party wins seats in upcoming Swedish parliamentary elections on September 19. (18.08.2010)