Why Turkey is standing behind Qatar in the Gulf crisis | Middle East | News and analysis of events in the Arab world | DW | 12.06.2017

Why Turkey is standing behind Qatar in the Gulf crisis

From the start of the Gulf crisis Turkey has backed the leadership in Doha, sending a clear signal to Saudi Arabia that Qatar is not alone. DW spoke with Turkish academic Serhat Erkmen about Ankara's role in the dispute. 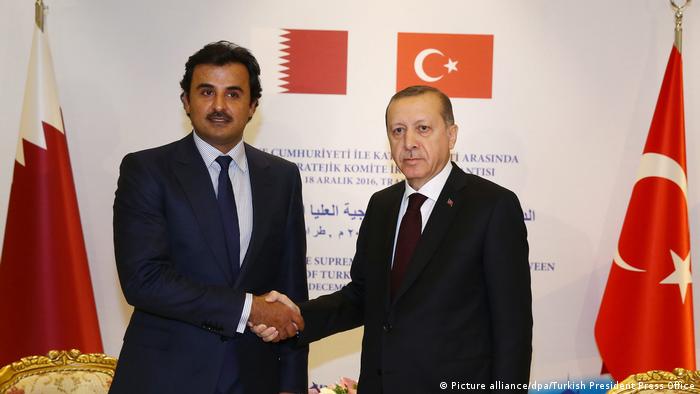 DW: For many Middle East observers, countries like Saudi Arabia, the United Arab Emirates (UAE) and Egypt are regarded as status quo powers, whereas Iran and to an extent Turkey and Qatar are considered revisionist ones. Do you think the current rapprochement between Ankara and Doha in the aftermath of the Gulf crisis is the reflection of a status quo versus revisionist power struggle in the region?

Serhat Erkmen: Yes, the balance of power is still missing in the Middle East following the Arab Spring. We are witnessing multiple ongoing civil wars in the region. And those civil wars are not concluding in the way the regional powers would like to see. Saudi Arabia and Iran are not getting what they want, and Syria is in a mess. If you look at the prominent powers in the region, neither of them can declare victory [in those civil wars].

Moreover, as the conflicts and the power imbalance persist, the economic and political costs rise for all the countries in the region. Once the costs reach a boiling point ... these countries could go as far as declaring war against each other or find reconciliation in contested areas. But the reality is that none of the Middle Eastern powers are capable of overcoming the current problems on the ground. That's why they are getting help from countries of critical importance such as the United States, Russia and some European powers.

Therefore, both regional and external powers have engaged in a power struggle in the Middle East and I think we should view the Qatar issue through that lens. The problem is not limited to Qatar.

Relations between Qatar and Turkey have been on a positive trend over the past decade. The two countries have shared investments and signed military training deals. Do you think Turkey's support for Qatar in the current crisis stems from this cordial relationship or has the government in Ankara made a calculated policy choice?

Although Turkey and Qatar's friendly ties are obvious, when the foreign direct investment to Turkey is considered, the UAE has the highest share among the countries in the region. And Turkey is standing against the UAE, which belongs to the anti-Qatar Saudi camp in the ongoing crisis. It is true that Qatar has been investing in Turkey heavily and has the potential to invest more, but the economic relations cannot explain Turkey's support to Qatar on their own.

If you look at Turkey and Qatar's Syria policy and their cooperation in the war-torn country, if you consider their stance on the situation in Egypt after the country's 2013 coup, their support for each other should be evaluated from the perspective of regional political calculations rather than a mere economic reading.

Should Qatar be taken out of the picture when it comes to regional matters, it could isolate Turkey. And perhaps this is why Turkey does not want to lose Qatar. 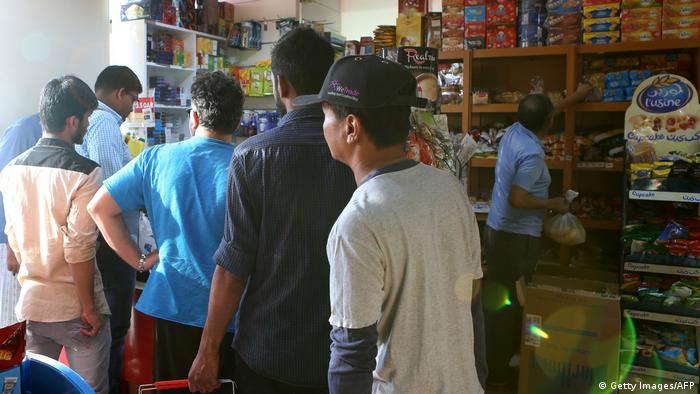 Until the recent row between Qatar and the Saudi camp, political nuances in the Gulf were not apparent for an ordinary Turkish observer. What do you think are the effects of this crisis on the perception of the Gulf region in Turkey?

The perception of the Gulf region in Turkey has traditionally been monolithic. With the recent developments, I think this simplistic approach will no longer be the case. If you look at social media posts or pay attention to opinion leaders' comments on the Gulf rift, there is now more of an emphasis on the nuances of different policy preferences among the states in the region.

Do you think by fast-tracking the troop deployment agreement for training missions that was signed in 2014, Turkey is sending a defiant message to Saudi Arabia and the UAE?

Turkey is not only sending a message to Saudi Arabia and the UAE, it is also flexing its muscles to all the countries that could potentially express hostility towards Qatar. The military deal between Turkey and Qatar involves a training scheme, but the way that the agreement has been presented to the international community is a clear sign of support for Qatar. I think this is a loud and clear message. This support implies, "If you are looking into ways to put pressure on Qatar other than diplomatic means, know that they are not alone." And I think this message is received by the other parties.