Why the former Empress of Iran collected Western contemporary art

The artworks collected by the wife of Iran's late shah were to be shown in Berlin - but the show was canceled when Iran refused to issue a permit. The former empress of Iran talked with DW about her famous collection.

In the 1960s and '70s, Farah Diba Pahlavi, the wife of the late shah of Iran, collected what is reputed to be the greatest lineup of modern masterpieces outside of Europe and the United States, includes major works by Jackson Pollock, Mark Rothko and Andy Warhol, along with Iranian contemporary artists.

"For me, art is very important in life. I think that artists really must exist to give their messages to the world. Artists are people who remain forever. If people forget the name of leaders or kings or presidents, they never forget musicians and singers and artists," the former empress of Iran told DW during an interview at her Paris residence.

How the collection started 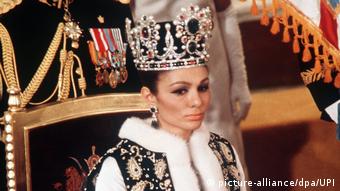 Farah Diba Pahlavi was crowned in 1967

"When I married my husband, the king, I wanted to support the Iranian contemporary artists," she said. She discovered several Iranian painters and sculptors through the Biennale that the country's ministry of culture had organized in the early 1960s.

She decided to establish the Tehran Museum of Contemporary Art in 1977, which would also include major Western artists: "I said why not have also foreign art, because all the rest of the world has our art in their museums," she recalls.

Diba Pahlavi collected the works which make up the Tehran collection until the 1979 Islamic Revolution, which overthrew Shah Mohammad Reza Pahlavi, forcing the couple into exile.

First big show outside Iran was to be in Germany

Since then, the masterpieces had not been shown outside Iran. Berlin was supposed to be the first city to exhibit 60 works loaned from the collection. In the end, Tehran refused to provide an export permit, and the show was canceled at the end of December.

The loan project was complicated by a controversial award given to an antisemitic cartoon about the Holocaust by Tehran museum director Majid Mollanoroozi.

Resistance to the project also reportedly came from some Iranian authorities who feared that the former empress of Iran could undertake legal claims to obtain the artworks if they were sent abroad.

"This is ridiculous," Diba Pahlavi told DW in reaction to those alleged suspicions. "I helped build this museum for Iran and for the Iranian people and these works belong to Iran and the Iranian people." She had also declared in many interviews that she hoped the Berlin museum would make sure the works would freely return to Iran after being sent to Germany.

The gallery above shows some of the works that would have been part of the exhibition. 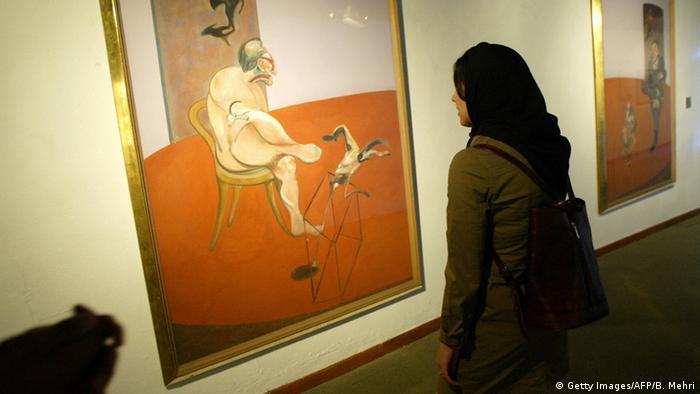 The collection includes works by Francis Bacon; it was on show in the Tehran museum in 2005

The exhibition project had been initially hailed as a sign of Iran's "cultural and social opening up" by German Foreign Minister Frank-Walter Steinmeier.

Farah Diba Pahlavi sees such enthusiastic declarations with some skepticism, reminding that the Western countries' relations with Iran are primarily ruled by the country's oil: "Everybody is rushing to Iran to sell something," she said, adding that opening up society should be about giving people "more freedom to say what they want. It's not four modern paintings that will change mentalities. There are many more important things that should change."

German Foreign Minister Frank-Walter Steinmeier suffered a bitter defeat when Berlin had to cancel a major art show from Iran this week. He may have bitten off more than he could chew, says DW's Gero Schliess. (28.12.2016)

Former Empress of Iran Farah Diba Pahlavi's Tehran art collection was going to be shown in Berlin - but the artworks did not receive an export permit from Iran. Here's a look at what German audiences missed out on. (13.01.2017)