Every month as many as 5,000 people flee Eritrea, a country ruled by an authoritarian regime in which human rights violations are widespread. Oliver Ramme has just returned from a rare visit to the African nation. 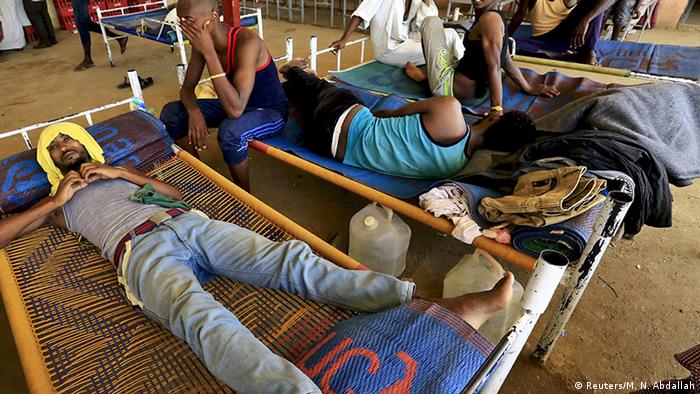 Tokombia is a village lying some 200 kilometers (124 miles) from the Eritrean capital, Asmara. Dogs bark as the scorching sun beats down on the mud huts. The soil is arid, almost desert-like. The village is underdeveloped, like many places in Eritrea. The Ethiopian border is not that far away.

"It is quiet along the border. Not much happens. We don't want any trouble with the Ethiopians," says Tesfalem Andom, the village elder. He is a member of the ruling party, the People's Front for Democracy and Justice (PFDJ). It is the only party in Eritrea and is neither democratic, nor does it uphold justice. The PFDJ has ruled the country since it gained independence from Ethiopia in 1993. Eritrea does not have a constitution, or a free press.

But Eritrea owes its notoriety largely to its national service, nominally 18 months of compulsory military service for young men which is often extended indefinitely at the whim of military commanders. National service is the main reason why young Eritreans flee their country. When asked about their fate, Tesfalem Andom replies evasively:

"It's normal for people to come and go. They go in groups to Ethiopia only to discover that life isn't that easy in a refugee camp. Running away seems to be some sort of 'kick' for young people, a 'craze' of sorts," he said. 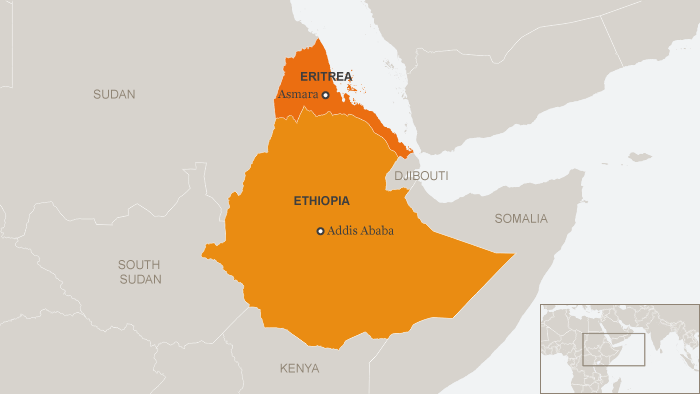 Eritrea separated from Ethiopia in 1991 after a 20-year independence war. Their common border remains tense

Thousands succumb to the supposed 'craze' every month, leaving Eritrea by crossing the border into Ethiopia or Sudan. Fleeing Eritrea is dangerous, because a border conflict with Ethiopia is still smoldering.

In Asmara, Abraham and John agree to talk in a car. Those are not their real names as it is forbidden to criticize the government in Eritrea. With loud music in the background, they tell their stories. "I am not proud of working in an illegal occupation," says John. "I would prefer to have a normal job in which I receive some sort of recognition, but I have to have something to live on." John deals in foreign currency, illegally. Such trading is prohibited in Eritrea. If he were to be caught, he would land in jail.

No future for the youth

Abraham and John have both been to university. But there are hardly any jobs in Eritrea's tiny private sector and wages and salaries in the numerous state-owned enterprises are low. "Twenty five years after independence, the country is moving backwards," says Abraham, "in healthcare, education and production." 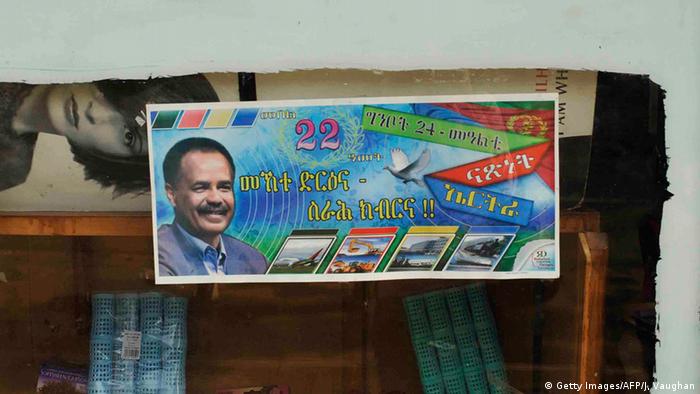 The face of Eritrean President Issaias Afewerki looks down from a shop window in Asmara.

The cost of living is high in Eritrea. A liter of sunflower oil costs 5 euros ($ 5.60). A pound (half a kilo) of noodles costs about the same. A liter of petrol costs about 3 euros. The monthly wages paid to the hundreds of thousands of conscripts range between 50 and 100 euros.

The frustration this economic deprivation causes as well as the fear of the state and its prisons can be sensed wherever you go in Eritrea.

Yemane Gebreab is the personal advisor to President Isaias Afwerki and is regarded as the second most powerful person in the country. Gebreab speaks precisely and softly, in a manner slightly reminiscent of an old-fashioned accountant. Eritrea, he maintains, is simply misunderstood by the international community.

"I go all over the world and people who don't know what Eritrea is, where Eritrea is, the first thing they ask you is national service. I say how can national service in a very small country become a topic of global conversation?," he said. Gebreab blames the United States for Eritrea's political isolation.

Peter Schwidtal runs a small German NGO, Archemed, dedicated to improving the healthcare infrastructure in Eritrea. It is one of the few aid projects in Eritrea. Despite all his idealism, the German medical practitioner admits that he is forced to face up to the reality of life in Eritrea. That includes the exodus of the young and the skilled.

"It can be very hard when after having trained up a surgeon or a pediatrician, you suddenly discover that person is no longer there. It's huge loss because there are so few trained medical personnel in the country."

He also said that when they take ambitious, young colleagues to Germany for training, there is the risk that they will not return to Eritrea.

John and Abraham are also thinking about escaping. They are undeterred by television footage showing European nations erecting border fences.