Why Pakistan′s cyber crime bill is a threat to civil liberties | Asia | An in-depth look at news from across the continent | DW | 20.07.2016

Why Pakistan's cyber crime bill is a threat to civil liberties

Rights activists in Pakistan have denounced a controversial cyber crime bill as an attack on the freedom of expression. Critics say the government is increasingly clamping down on civil liberties. 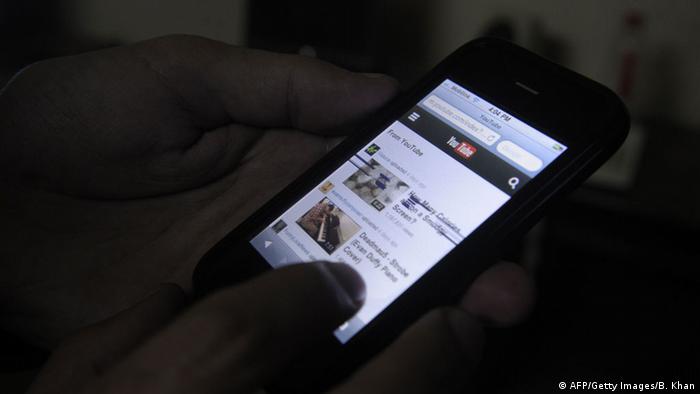 The Prevention of Electronic Crimes Bill 2015, commonly known in Pakistan as the Cyber Crime Bill, has yet to be approved by parliament's upper house. Last year, the bill was passed in haste by the Islamic country's lawmakers in the National Assembly (lower house of parliament).

The cyber security bill has been stalled since then. The South Asian country's IT industry and civil society groups have been lobbying with the senators to persuade them to vote against what they say is a draconian law.

Activists fear that if this bill is passed in its current form, it will be used to prosecute dissidents and government's opponents.

According to Anusha Rehman, the minister of state for information technology and telecommunications, the cyber crime bill is aimed at preventing online harassment, blackmailing, cyber-stalking and terrorist activities. Rehman, who submitted the bill for voting in the National Assembly, said the legislation sought to criminalize a number of cyber offences. 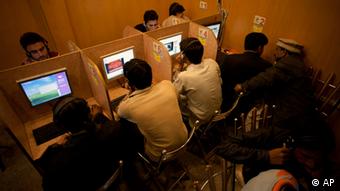 Activists fear the bill could be used to prosecute dissidents

The digital rights activists, however, see this as yet another move by the government to restrain freedom of expression. In the past, the Pakistani government had blocked various social media websites such as Twitter, Facebook and YouTube, accusing them of noncompliance with its requests to censor content.

"While anti-Islamic and pornographic content on the Internet are cited as reasons for censorship, it is no secret that the government has blocked many websites for political reasons," Farieha Aziz, director of Bolo Bhi, a Karachi-based non-governmental organization campaigning for privacy and digital rights, told DW.

Criticism of the bill

Civil rights advocates claim that a number of clauses in the draft bill violate citizens' constitutional rights. According to the Privacy International organization, the bill also contradicts Pakistan's obligations under international law, particularly the covenant on civil and political rights.

One of the major concerns is that the bill is likely to give the Pakistan Telecommunication Authority (PTA) more powers to manage, block or remove content on the Internet.

Social media has made communication much easier, but extremists use this very method to spread terrorist ideas. Governments and NGOs are finding it tough to catch up, as experts discussed at DW's Global Media Forum. (23.06.2015)

Pakistan's parliament is drafting a cyber crime bill that would give the government new means to pursue electronic offenses. Critics say the legislation opens the door to abuse. Michelle Stockman reports from Islamabad. (05.05.2015)

Activists accuse the Pakistani military of pressuring journalists into toeing its line - portraying the army as "savior" and the politicians as corrupt. DW analyzes the army's expanding media activities. (16.06.2016)

"If the bill is passed, the PTA can monitor your emails as well as Facebook and Twitter posts," pointed out Aziz.

Shahzad Ahmad, Country Director of the Bytes for All digital rights group in Islamabad, says that the bill also criminalizes transferring or copying "sensitive basic information." Ahmad lashes out at the government by saying that the bill is vague and will allow the government to define what is sensitive and what is not.

Qurratulain Zaman, a program officer at the London-based Rory Peck trust, shares a similar view: "If you carefully read the draft, you would find that it gives the authorities legal powers to censor anything and anyone. The law gives the officials powers to even hand over the citizens' information to any third party," Zaman told DW.

Some experts also fear that the cyber security bill could have serious implications for investigative journalism. "The bill does not provide 'whistleblower protection' to those who leak information to journalists in the public interest," Sadaf Khan, co-founder of the Media Matters for Democracy rights organization in Islamabad, told DW.

The need for a cyber crime law

The bill has its supporters too. Adnan Rasool, a political science student based in Islamabad, believes it takes into account previously unregulated issues.

"The critics of the bill do not realize that there needs to be a law that deals with cyber crime issues. Such laws exist everywhere in the world," Rasool told DW.

Activist Baig also acknowledges that the bill has some strengths, particularly in relation to pornographic material on the Internet. 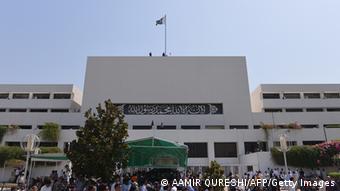 Can the bill prevent terrorism?

The Prevention of Electronic Crimes Bill was initially drafted under the framework of the government's anti-terrorism National Action Plan. But Activist Farieha Aziz argues that the bill will not be helpful in curbing terrorism.

"Pakistan has innumerable laws. Have they been able to reduce the level of crime? And what about the existing laws dealing with terrorism? How effective have they been?" Aziz questioned.

Campaigner Zaman is optimistic that there is still time to convince the senators to block the bill. She hopes that all political parties will realize the dangers posed by the bill and won't let it pass through the Senate.

Despite mass protest following the death of the writer Mushtaq Ahmed in prison, authorities in Dhaka have said they will not revoke the act.