The Muslim-majority country has more than 10 Christian TV channels that offer mostly religious programs. Activists say the channel owners are careful not to offend Islamic fundamentalists for fear of a backlash. 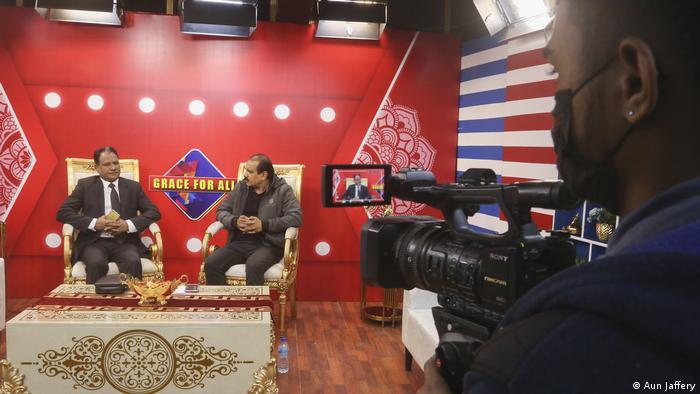 Since the early 2000s, Pakistan has seen a phenomenal growth of private TV channels, with most of them focusing on current affairs and politics. But most people in the South Asian country are unaware that more than 10 channels — dedicated exclusively to Christian programming — also operate in the country.

The majority of Pakistani Christians belong to the Roman Catholic sect, but most of the channel owners are Protestants.

Pakistan's Christians and other religious minorities complain of legal and social discrimination. In the past few years, many Christians and Hindus have been brutally murdered over unproven blasphemy allegations. The country's constitution bars non-Muslims from holding a key government office, and the rise of Islamist extremism in the country has made it difficult for Christians to practice and preach their faith.

Munir Bhatti, a director at Isaac TV, told DW that he started the channel 15 years ago to ensure that Pakistani Christians learn about their faith.

"Most Christians in Pakistan do not practice religion. We launched the channel to bring the Christ's teachings closer to them," Bhatti said.

Bhatti said his channel has viewers not only in Pakistan but also in other countries.

Most of the content on these channels is apolitical. Jawaid Noor, a Karachi-based gospel singer, says that Christians want to listen to sermons, hymns and the message of the Christ, and that "these things can't be telecast on the mainstream Pakistani media."

Aamir Bhatti, the chief executive of the Karachi-based Good News TV, says his channel primarily propagates the teachings of Catholicism. "But we also discuss social issues in our programs, for instance, programs on the International Mother's Day, or shows on education," Bhatti told DW.

Shakeel Masih, an activist from Sheikhupura city in Punjab, says the Christian channels are heavily tilted toward religious programming and lack entertainment value. "They are viewed by Christians across the country, and even in other parts of the world. I think they should also offer more entertainment programs," he told DW.

Safina Javed, a Karachi-based Christian activist, says that some channels also air political talk shows, though there aren't many. "I have participated in some of them," she told DW. 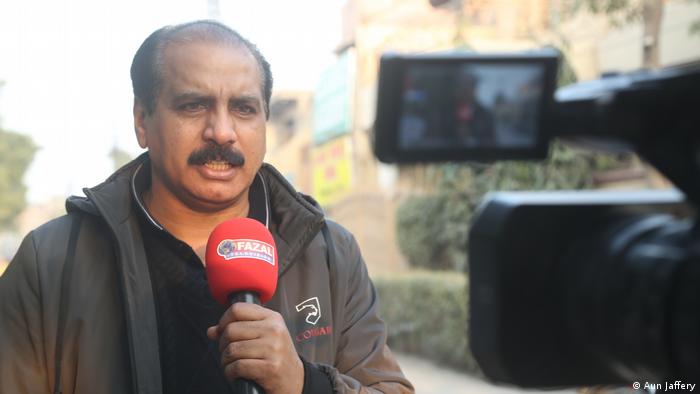 Self-censorship and climate of fear

Christian activists say that although the channels don't face a direct threat from any group, the owners need to be careful and vigilant.

Aamir Bhatti says his channel tries not to air anything that could be "offensive" to the majority Muslims. For instance, calling Jesus the "son of God" could infuriate Muslims, as Islamic teachings strictly forbid it.

William Sadiq, a Christian activist, says these channels operate in a climate of fear. "They do not telecast anything against the government, Islamic clerics and the Pakistani military lest their channels will be shut down," Sadiq told DW.

"These channels also make sure that their programs do not counter the powerful right-wing groups that have created problems for Christians and other religious minorities in the country," he added.

Despite these precautions, Christian journalists say they receive occasional threats.

"I received many online threats when I did an investigative story about Christian girls being forcefully married off to Chinese men. Few years ago, an anti-Christian religious group hurled threats at me," Saleem Iqbal, a Lahore-based Christian anchor of Fazal TV, told DW.

Journalist Safina Jawaid says a Karachi-based Christian channel received threats for telecasting religious programs that could also be seen on cable TV by Muslims in the area. "The channel was later attacked, so the owners relocated their office to a different area. Now they keep a low profile," she told DW.

Pakistan's religious diversity is alive in a Karachi neighborhood

Neglected by the mainstream media

Religious minorities in Pakistan hardly get any coverage on the mainstream media, which many experts say is responsible for promoting religious intolerance and extremism in the country.

Activist Sadiq says the Muslim media, too, is afraid of the fundamentalist forces.

"The mainstream channels are aware that if they report about the plight of religious minorities in Pakistan, the right-wing groups will take to the streets, surround their offices, and even attack them. So, they avoid doing such things," he said, adding that only a few English-language media organizations report objectively about Christians and other religious minorities.

"I am an elected member of parliament. Mainstream TV channels never bother to invite me to their talk shows. Pakistani Christians feel that the mainstream media is not sensitive toward their issues," said Jamshed Thomas, a Christian lawmaker for special parliamentary seats assigned to religious minorities.