Many consider Italy to be the home of the espresso, but Norwegians are taking aim at teaching the world how to brew the best coffees in the world - putting them in the globe's top three coffee consuming nations. 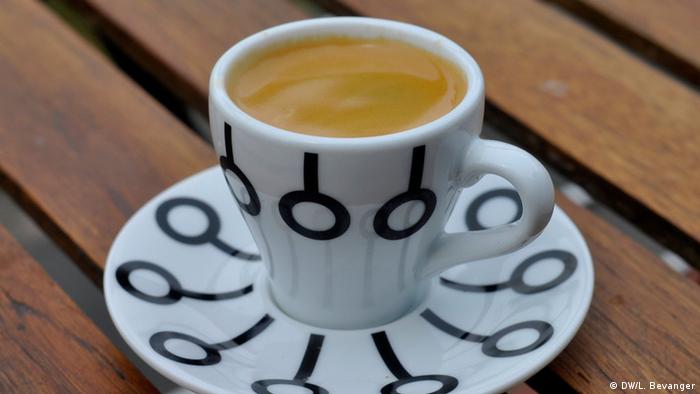 If you have ever visited a Norwegian home, chances are the first thing you have been offered is a coffee.

"That's what we do, that's the Norwegian way of saying "welcome," says Brage Ronningen, a senior communication advisor at a company servicing Norway's oil industry.

"I always start the day with a cup of coffee. I cannot leave home without having at least one cup, preferably a strong one. At work there are coffee machines everywhere, no more than 20 meters to the nearest one. And of course it's for free," he tells DW, while topping up our own cups. 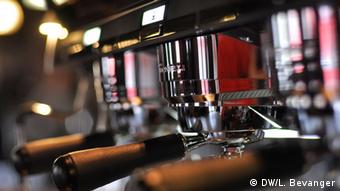 International statistics consistently put Norway among the world's top three coffee consuming nations. Every year, Norwegians get through nearly 10 kilos of coffee beans each. The world average is 1.3 kilos per person.

Coffee, usually taken black and made in a stove-top kettle or percolated, has been the national drink for as long as any living Norwegian can remember. No-one seems sure exactly why this came about, but one theory with more than a hint of truth is that coffee became a substitute for alcohol during Norway's prohibition years between 1916 and 1927.

"We had an alcohol problem," explains Alf Kramer, the founder and first President of The Specialty Coffee Association of Europe. 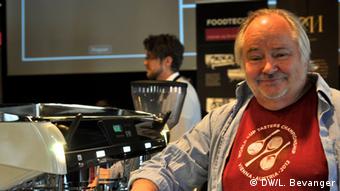 "So it was decided on a governmental level to ban moonshining. And the government had to come up with an alternative, so they chose coffee. The most persuasive kind of people in Norway at that time were in the church. So the preachers said simply: 'stop drinking alcohol, start drinking coffee. Coffee; you go up, alcohol; you go down.' So it became our national beverage, and it still is," says Kramer.

He organized the first Norwegian barista championships in 1998, when most Norwegians were still unfamiliar with the finer points to coffee brewing. It was an attempt to turn his countrymen towards the more refined ways of enjoying the brew like their southern European neighbors did.

"If you want to reach anywhere with anything in Norway - organize a competition. And that's what I did. That got a lot of press coverage around the planet. This competition started in '98 here, it's now in almost 100 countries," Kramer smiles.

The Specialty Coffee Association of Europe is behind barista championships on national and international levels - including annual world barista championships. The association was founded to pool the interests of enthusiasts and producers and importers of specialty coffees - a term used to describe beans of the best flavor which are produced in special microclimates.

Norway still plays a central role in this work, and has had several world barista champions over the years.

At this year's Norwegian competition, a team of international judges watched, sniffed and tasted their way through countless cups of coffee made from the most carefully selected beans from around the world.

"I'm really happy to be here as a judge, because the people are really on such a high level it's amazing," judge Johanna Wechselberger from Austria tells DW. She is considered to be one of the world's top baristas and an authoritative voice on specialty coffee. 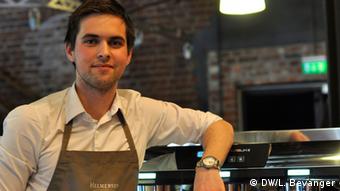 "Even the beginners who are doing it the first time, it's perfect. People here, the young ones, are very innovative when it comes to finding out different methods and roasts," she says.

Partly as a result of competitions like these and the attention they get, it is easy to find high quality coffee bars in Norway competing for the accolade of serving the best espresso in town.

There are few international chains, as Norway's relatively high wages and strict employment laws make it hard for international giants to move in like they have in many other European countries.

Norwegian coffee aficionados welcome that state of affairs; they feel multi-nationals drive standards down towards a lowest common denominator. 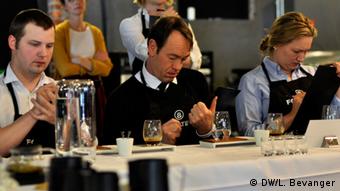 International judges believe that Norway can compete with the best on the coffee scene.

The last group seems to be growing, but the traditionalists who instinctively reach for their percolator or stove-top kettle when the doorbell rings are still in the majority.

A small cafe in the northern English city of Leeds is exclusively serving food which has been thrown out by supermarkets and restaurants. The aim is to cut the world’s massive waste of perfectly edible food. (07.07.2014)