The bookshop that floated away | Europe | News and current affairs from around the continent | DW | 13.06.2014

When Sarah Henshaw grew tired of her life as a London entertainment journalist, she went to pursue her dream of running an independent bookshop - and literally managed to keep her business afloat by moving it to a barge. 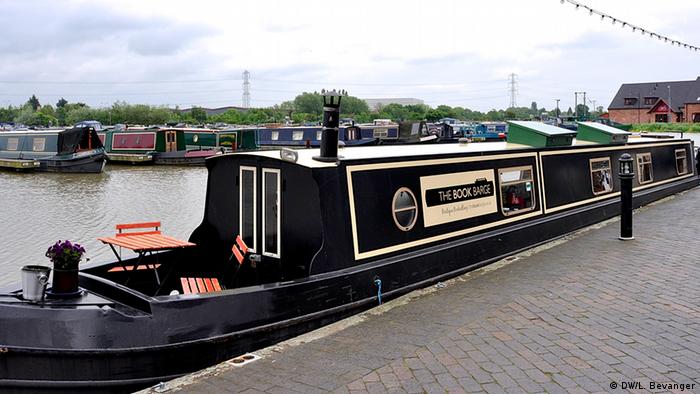 Britain's small, independent bookshops are struggling, with one shutting every week in the face of competition from supermarkets and online giants like Amazon. When Sarah Henshaw became disillusioned with her job as an entertainment journalist in London, she knew it would be tough to turn into reality her dream of setting up a bookshop. 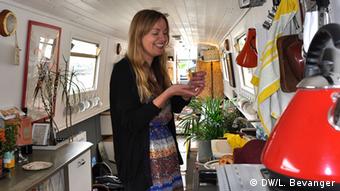 Sarah Henshaw gave up her flat and now lives and works on the canal.

"Having a bookshop had always been a romantic dream. I realized at the time that a lot of independent bookshops were struggling, and having it in a quirky space would be a real help and draw people, hopefully," Sarah Henshaw says.

With a loan from her parents (the banks thought her idea was crazy), she bought a canal barge, or narrowboat, sitting in a marina near the town of Burton in England's West Midlands. The tiny space was soon filled with books, part donated, part bought in.

"Narrowboats are unique to Britain. They're very long and very narrow, about an arm span's width. It's a huge challenge to fit the books in, trying to get as many in as possible. Because a good bookshop should carry quite a lot of stock I always thought," she explains.

"One of the advantages of not having that space is that you really have to think carefully about what you are selling and to curate your stock very well. So I'm very familiar with every single book on here, and I can sell my stuff probably a lot better than a big mainstream bookstore."

Lars Bevanger met Sarah Henshaw on her barge. Listen to his report here.

Sarah Henshaw opened her unusual bookshop in 2009 and named it The Book Barge. At first it did well, thriving on the novelty factor. But by 2011 business was fading, and she seriously started considering whether to close up shop.

"I know it was a fate shared with lots of other independent bookshops, it was just a real struggle for survival against other competitors, and it was in the middle of the recession. So I thought I either have to close or I can do something about it," she says.

"So I moved onto it, and took off for a six month voyage around England and Wales just to try to promote it as much as I could and see if it could work. And it did, it was brilliant!"

To cut costs, she left her flat, built beds, a kitchen and a living space on the barge which allowed her to stay there full time. She still lives permanently onboard.

During this time Sarah also introduced the idea of paying for books in favors - a meal, second-hand books or even a haircut. It allowed her to live even more cheaply and it attracted more customers. 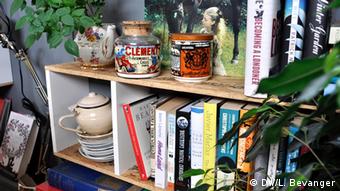 Which books to sell? Not having much space means Sarah Henshaw thinks long and hard about how to curate her stock.

Sarah now takes her Book Barge on smaller tours around the country every summer, allowing customers access to an independent bookshop in places where there normally are none.

The British canal system was set up as transport links for everything from coal to beer, and criss-crosses the country. Today you can still get to nearly all the big cities on a narrowboat. Sarah Henshaw has taken her bookshop nearly everywhere, including Manchester, London, Liverpool, Birmingham and Bath.

She thinks The Book Barge is proof that there is still space for small, independent bookshops, even as more and more people ditch the traditional book for electronic versions. She does feel sad, however, that the book seems to be less valued by people in general.

"I think books are becoming increasingly more undervalued, because we're so used to seeing prices slashed and discounted that people come to expect some kind of 3 for 2 marketing reduction, rather than seeing a book as worth a certain amount." 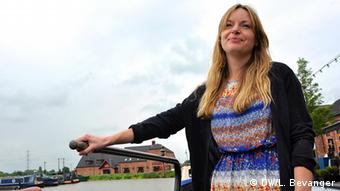 Sarah Henshaw's plan is to conquer France. But she has to wait until the weather is good enough to cross the Channel.

After five years of travelling around Britain in her floating bookstore, Sarah Henshaw is now planning to take the project abroad, and to hopefully get some much needed extra space for all her books.

"The plan is to take the boat to France next year, so I think of leaving in the spring - trying to find a way of taking it across the Channel. They're not the most steady of things, narrow boats, because they're flat-bottomed."

"I've just bought a place in Burgundy which is on the canal, and I'm hoping to turn it all into a big bookshop - including the barge."

You can read more about Sarah Henshaw's adventures in her book 'The Bookshop that Floated Away'. The Book Barge can be found moored most days at the Barton Marina, near Burton Upon Trent in England.

The most important prize for children's books, the Astrid Lindgren Memorial Award, goes to Sweden's Barbro Lindgren. Every Swedish kid knows her work, which could now get an extra boost with the accolade. (02.06.2014)

Christopher Schnell loves literature as a reader and bookseller. He recommends Tiefurt Mansion, the Shakespeare Monument and Gasthof Luise, a pub and restaurant. (16.05.2014)

When a word is worth a thousand pictures

When was the last time you listened to a bedtime story? The International Day of the Book would be a good time to open your ears and listen to a gripping tale - whether read from a book or told by a storyteller. (23.04.2014)