The most important prize for children's books, the Astrid Lindgren Memorial Award, goes to Sweden's Barbro Lindgren. Every Swedish kid knows her work, which could now get an extra boost with the accolade. 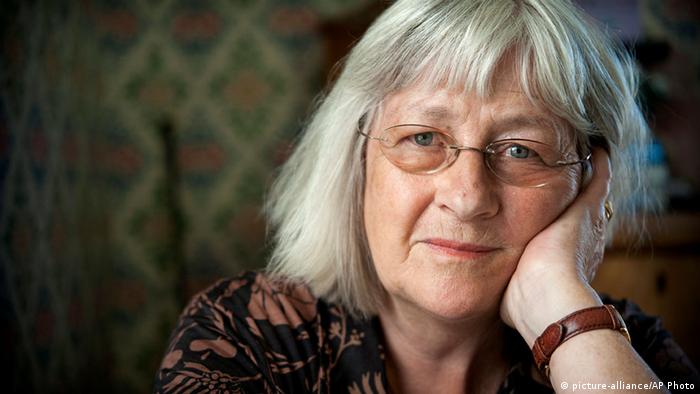 Barbro Lindgren is not related to Astrid Lindgren. Nevertheless, the two women have a few things in common: Both are from Sweden and both have written children's books which were published by the same publishing house.

The world famous creator of Pippi Longstocking and Emil of Lönneberga passed away in 2002. One year after Astrid Lindgren's death, the Swedish government founded the Astrid Lindgren Memorial Award, which is endowed with five million Swedish krona (550,000 euros, $748,000) and is considered the most prestigious accolade for youth literature in the world.

Barbro Lindgren, 77, is the first Swede to receive the honor. The jury dubbed her a "literary pioneer."

"Using adventurous language and rich psychological nuance, she has reinvented not only the picture book for the very young but also the absurd prose story, the existential children's poem, and realistic fiction for young adults," the jury said of Lindgren.

Breakthrough with a bit of help

Barbro Lindgren began writing at a young age. In the early 1960s, she submitted a manuscript to the Rabén & Sjögren publishing house, where Astrid Lindgren was working as an author and editor. The latter rejected the manuscript, but saw potential in the young writer and encouraged her with a few tips to improve her writing. 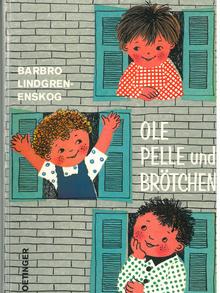 The younger Lindgren took the advice to heart and submitted a revised version of her manuscript - this time with success. In 1965, her first children's book, "Mattias' Summer," was published by Rabén & Sjögren. The story is told from the point of view of a five-year-old adventurer who, among other escapades, tries to sell his little sister.

"Many of her texts are still current in Sweden," said Silke Weitendorf from the Oetinger publishing house in Hamburg, which has been publishing German translations of Barbro Lindgren's texts since 1966. "Swedish children still grow up today with her books."

Best known in the North

In Sweden, Barbro Lindgren is not exclusively seen as a children's writer, but also respected for her adult literature. However, Weitendorf emphasizes that it's in the area of children's and youth literature that she's had a particularly large influence.

In the 1960s, Weitendorf also worked at Rabén & Sjögren and shared an office with Astrid Lindgren, who in turn recommended Barbro Lindgren to the German publisher.

"We were all impressed with Barbro's syle," Weitendorf recalled. "We saw her as a pioneer with a modern tone. And she was good at describing children's feelings."

Barbro Lindgren's texts have since been translated into 30 languages. Still, her work is better known in Scandinavia than in Germany, for example, where many of her books have been forgotten since the 1970s and are difficult to find these days. 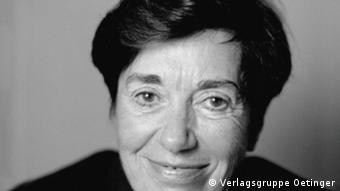 According to Weitendorf, picture book authors simply don't achieve very much fame in Germany, which is why it's also possible that Barbo Lindgren's books were too unusual for the German market.

"Her texts are humorous and imaginative and very emotional," said Weitendorf, adding that Lindgren created ingenious works together with illustrator Eva Eriksson.

"They are strong-willed books with bizarre characters," said Astrid Surmatz, a literary expert from the University of Amsterdam with an emphasis on Scandinavian literature. "Nevertheless, the stories are very realistic and detailed and they show a kind of human dedication to the weak," said Surmatz.

"That the texts are read less and less often doesn't have anything to do with their literary quality, because the texts are very poetic and a bit crazy," she added, pointing out that Barbro Lindgren is able to equally inspire readers of any age.

Perhaps the Astrid Lindgren Memorial Award will encourage more readers to discover Barbro Lindgren's works, whether in the original Swedish or in translation. The awards ceremony takes place on June 2 in Stockholm.

With the Sams, Paul Maar wrote a children's book classic. He doesn't only think up the stories. He illustrates them as well. He's published as many as 50 books. (01.06.2014)

No Weimar without Goethe (and elephants)

The Hotel Elephant in Weimar has been a second home for political and cultural VIPs since 1696. DW's Jefferson Chase stayed there and stuck his trunk in four centuries of history, including Goethe's. (28.04.2014)

Spam is the trash of the digital era. We even set up special folders, so we don't have to deal with it. But some artists are turning garbled advertisements for fad diets and impotency pills into "spam poetry." (05.03.2014)